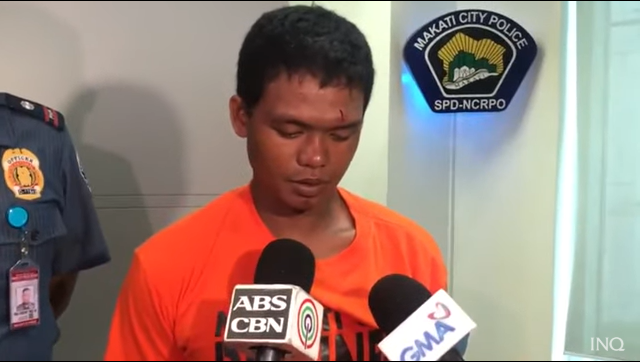 Based on initial investigation, the victim was found by his grandmother on the 7th floor of Building 143 along Yakal Street after they noticed that he was missing.

The suspect, identified as Gerald Riparip, 28 years old, was invited in a drinking session by the victim’s grandfather, the caretaker of the said building who was celebrating his birthday.

The investigation led to him as he was last seen with the victim and found several bloodstains in his underwear. Investigators said they also found sperm cells in the victim’s anus.

After being arrested, Riparip admitted that he raped the child and choked him to death. He said that he did that out of the influence of alcohol. He denied having taken illegal drugs.

He is now under the custody of Makati City Police Station and will be facing a complaint of rape with homicide. He is also set to take a test for illegal drug use.