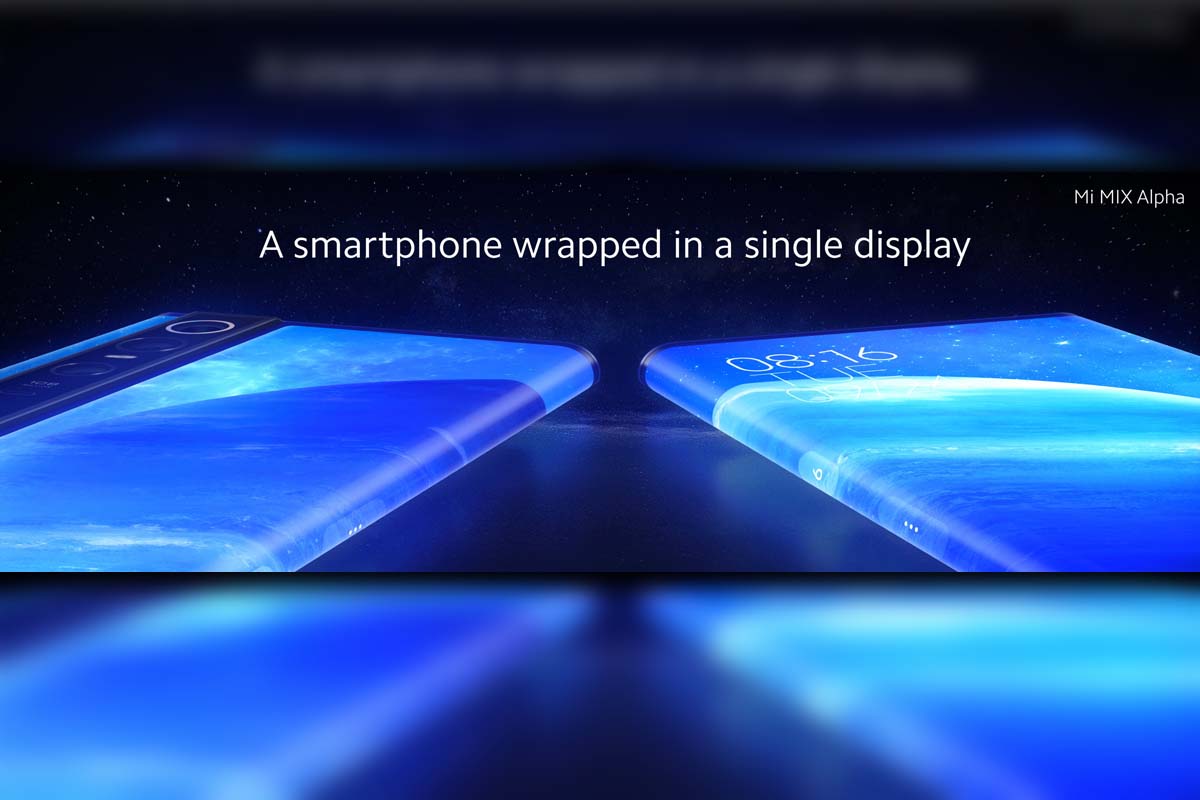 
The first-ever “surround-display” smartphone, Xiaomi claims its body is “180%” screen.

Mi MIX Alpha is a fitting name for this dominantly “all-screen” body. It is wrapped with the super AMOLED panel screen, leaving just an inch-wide strip of “titanium alloy” for the camera module. 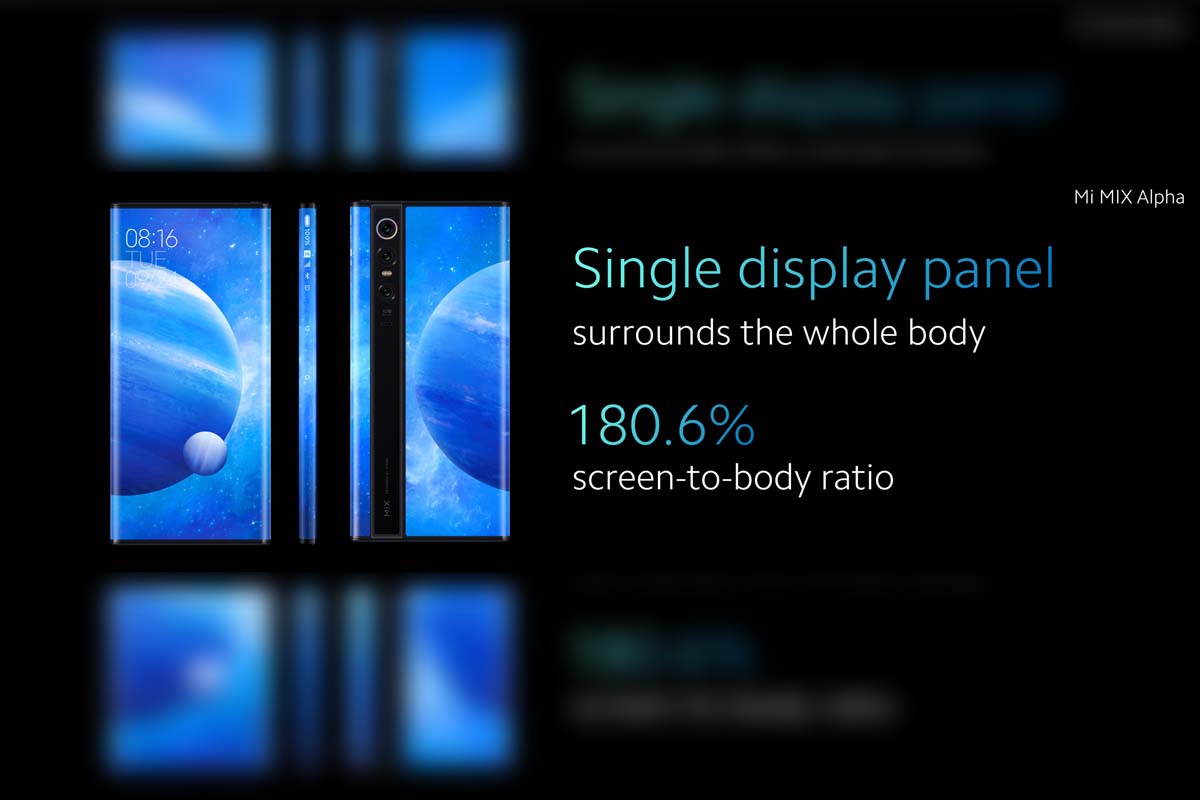 With the Alpha's 180.6% screen-to-body ratio, the physical button is a no-show. This gave Xiaomi the innovative opportunity to maximize each area of the screen, making it pressure-sensitive to adjust the volume, among other features. 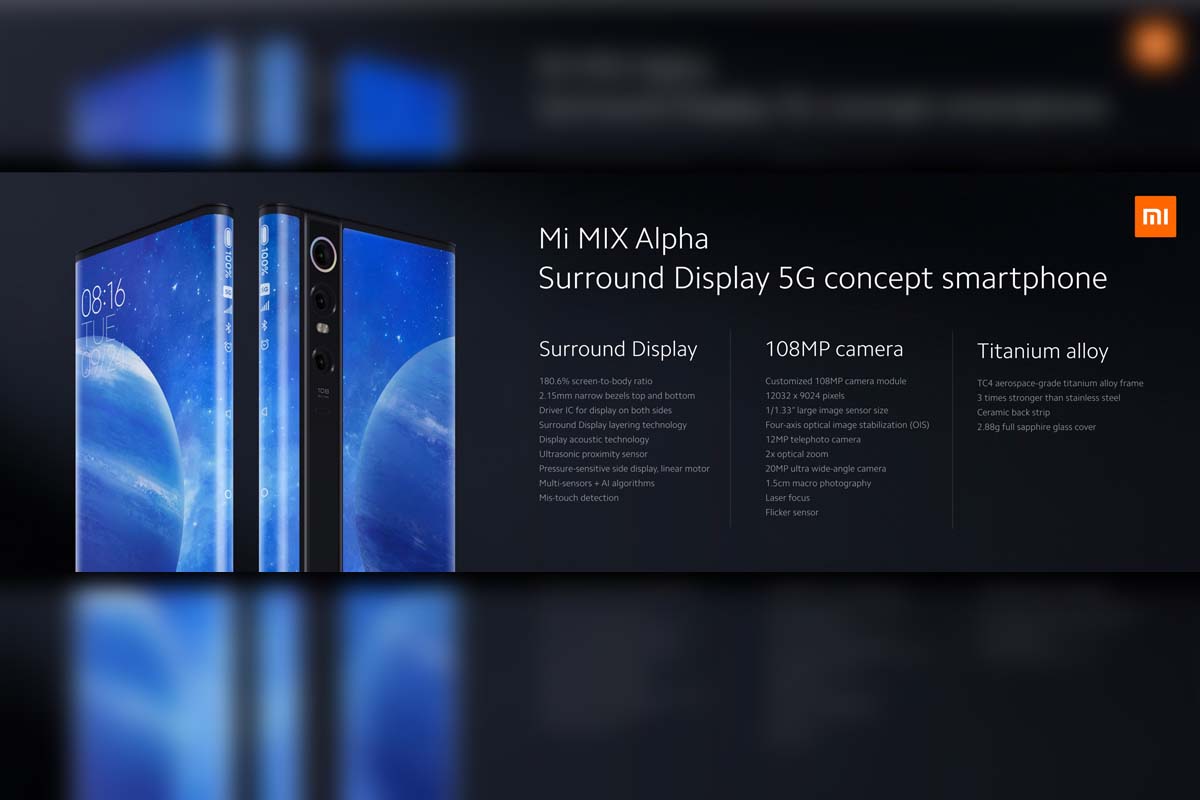 The Mi MIX Alpha is not just a feast for the eyes but for experience as well. The camera features the first-ever 108 mega-pixel sensor made by Samsung in collaboration with Xiaomi and three cameras: wide, telephoto, and ultrawide. It comes with the mighty Snapdragon 855+ processor, 12GB of RAM, 512GB of storage, and 4050mAh battery equipped with a 45W fast wired charging. All these are packed underneath the all-glass body smartphone that has 5G capability.

This  concept smartphone, however, will not go into mass-production. It will cost around $2,800, or roughly P154,000 without TAX. The expected release will be around December this year.

This is #MiMIXAlpha, a surround display 5G concept smartphone. Challenge the impossible, to make the future possible. pic.twitter.com/ZqLfWydmJg

An expected folding phone from Xiaomi is also not far away, as the tech-world is stepping into a new generation of smartphones with the release of Huawei’s Mate 30 Pro, Samsung’s Galaxy Fold, OnePlus’ 7T Series, and Apple’s newest iPhone 11s.