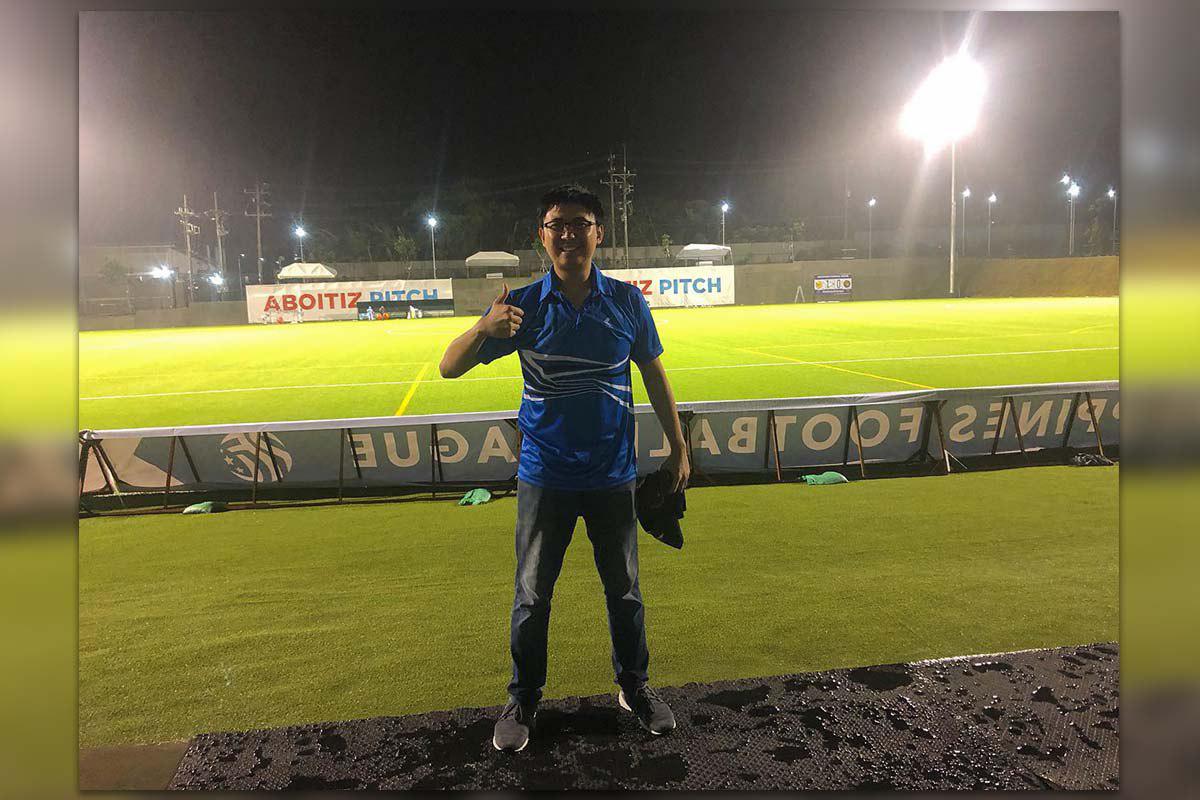 
Claro Manzano vying for recognition to be up close with the world’s best race car drivers.

Twenty-four-year-old marketing manager Claro Manzano appeals for support from fellow Filipinos as he vies to become the official F1 Fan Reporter in the worldwide competition.

Around 8,000 individuals submitted their favorite F1 moments online and 50 were chosen in the final tally, including Claro. The winner of the contest, the highest number of online votes, will have a chance to cover live the 2020 Formula One Grand Prix action.

“We're definitely out to put up a fight and I'm grateful for the support so far,” said Claro, who as of writing garnered 10,576 votes in the online-voting contest.

The dream of being part of F1 was something Claro thought of, back when he was in preschool. The epic rivalry between the sport’s legends Michael Schumacher and Mika Hakkinen opened the eyes of the young Claro in the exhilarating world of Formula One.

“My dad would always tune in and of course with him as my role model, that's one of the things I got into. The art of racing just amazed me and it clicked from there,” the Marketing Management graduate of De La Salle University fondly recalled.

PROUD SUPPORTER. Claro with his late father who influenced him into the world of racing. Courtesy: Claro Manzano FB account

The PAREF Southridge School alumnus shared that he is a fan of Ferrari ever since his childhood days. His adoration with the Prancing Horse peaked when his favorite F1 driver Sebastian Vettel transferred in 2015.

“I saw he had something special and got up to speed despite being a rookie and jumping into things in the middle of a season,” narrated Claro of his love for the four-time F1 champion.

After watching live F1 races in 2010 in Malaysia and Singapore, Claro decided to give the sport a try. But he tried the recreational way of racing, popularly known as go-kart racing.

TASTING THE FUTURE. A young Claro, sporting his favorite team Ferrari’s shirt, poses at the circuit of the 2010 F1 race in Singapore. Courtesy: Claro Manzano

Unlike the autos used in F1 which can reach as high as 200 kilometers per hour (kph), a recreational go-kart can achieve a full speed of 60 kph or an ideal driving speed for a car in a national highway.

“It’s just a hobby. I drive the fun karts I see around because I can never resist the temptation. We've built a small group and we go out once in a while and try to push each other. Good competitive fun,” told Claro. Although he did not venture into competitive kart racing, Claro enjoyed that intense feeling of driving go-karts even if he only considers it as a hobby.

Once in his life, Claro never thought that he could have a chance to report on the F1 sidelines. But he saw an opening when there is a call in social media for auditions to be the next F1 Fan Reporter.

“We put in entries earlier this year over a window provided by DHL and they had a screening process to determine the Top 50. Glad to have made it,” said Claro, also working in the sidelines as a Philippine Football League commentator.

Finally, Claro became ecstatic when he’s one step away from being in the sidelines for the 2020 F1 races. Now he has the chance to fulfill his childhood dream of being part of the famed racing competition.

Aside from the glitz and glamor of reporting all events related to F1, Claro joined the contest to raise awareness among his fellow Filipinos about racing.

As an enthusiast, Claro is optimistic that increasing the Filipinos’ awareness into racing can make our country excel in the circuit. He cited the breakthrough entry of Filipino-Swiss driving sensation Marlon Stockinger in the Lotus F1 team in 2013 as one of the junior team drivers. 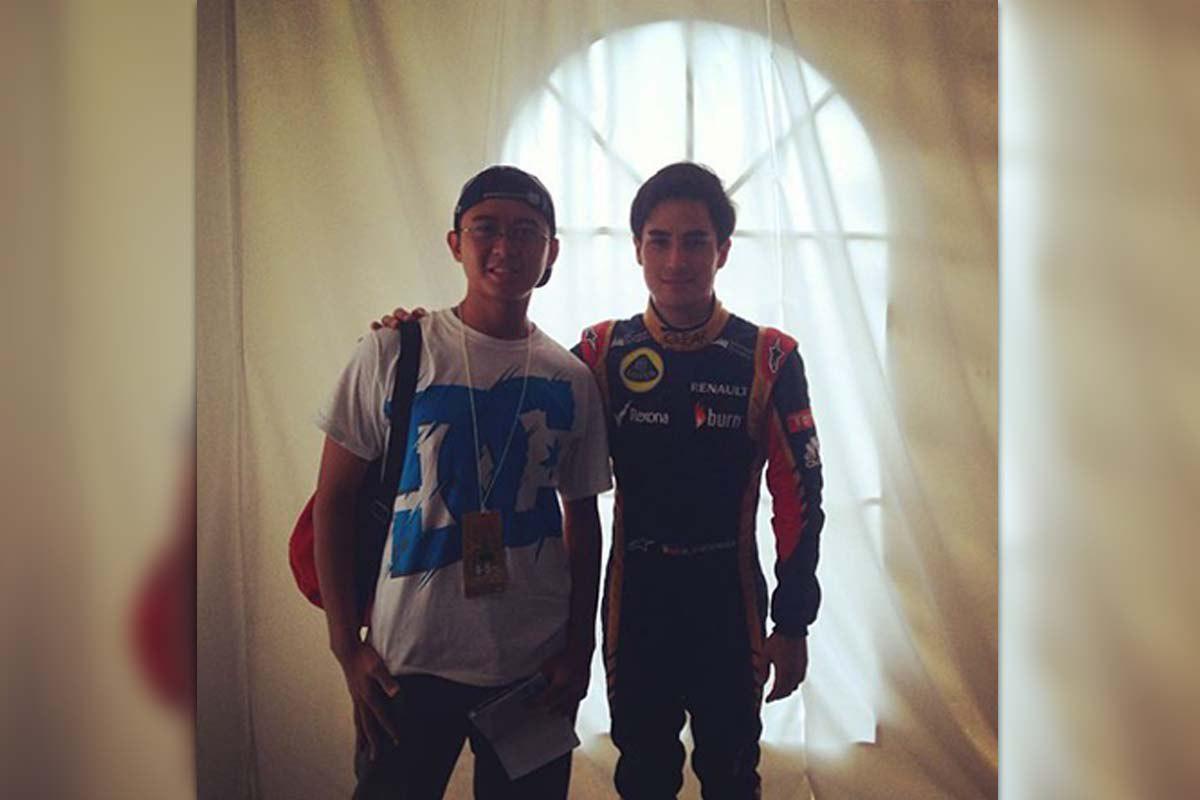 “There is that story to tell of course of the drivers, their journeys, and what happens in F1 so this opportunity to become the F1 Fan Reporter is perfect. Even more, I want that person to be a Filipino! I just want to go one step at a time and will cross the bridge when we get there,” said Claro.

INSPIRING HIS RACE TO OTHERS

He may not have attained to be an actual race car driver but Claro is still determined to bring glory for his country and to the sport. Also a budding sportscaster, Claro gives his advice to fellow enthusiasts who want to enter the industry.

“Remember it’s not about the writers or sportscasters. It’s about the athletes and the fans. Bridging the fans to the colorful and diverse stories these athletes bring with them,” he advised.

Claro now holds a narrow lead in the race. But he’s in for a great ride to achieve his dream of being in the circuit as a correspondent.

You can vote for Claro here once a day. Voting ends at midnight on October 13, 2019.