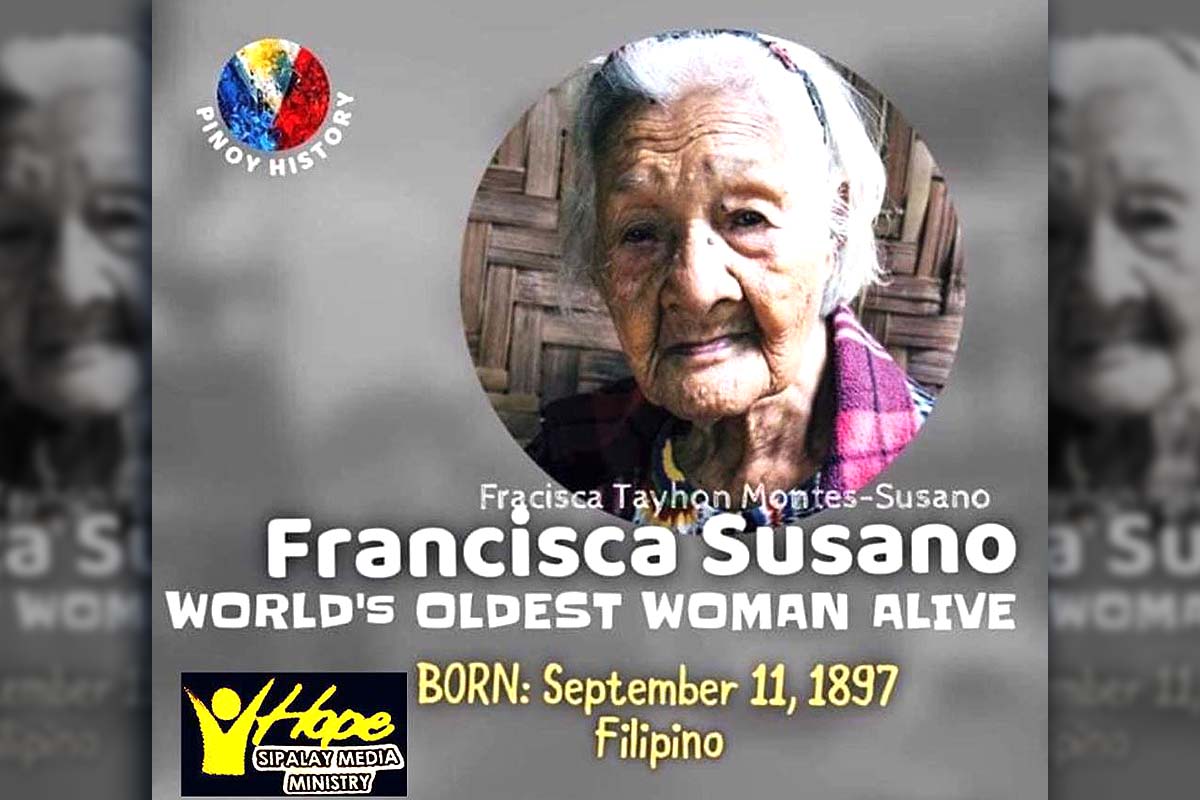 
Francisca Susano just celebrated her 122nd birthday. She could be the world’s oldest person.

Born on September 11, 1897 in Kabankalan City, Negros Occidental, Francisca Susano could be the world's oldest person at 122.

The centenarian grandma’s family has already submitted her records to The Guinness Book of World Records but are still waiting for the confirmation. Lola Francisca will only be able to snatch the title from Kane Tanaka once international bodies, such as the Gerontology Research Group, verify her birth records. 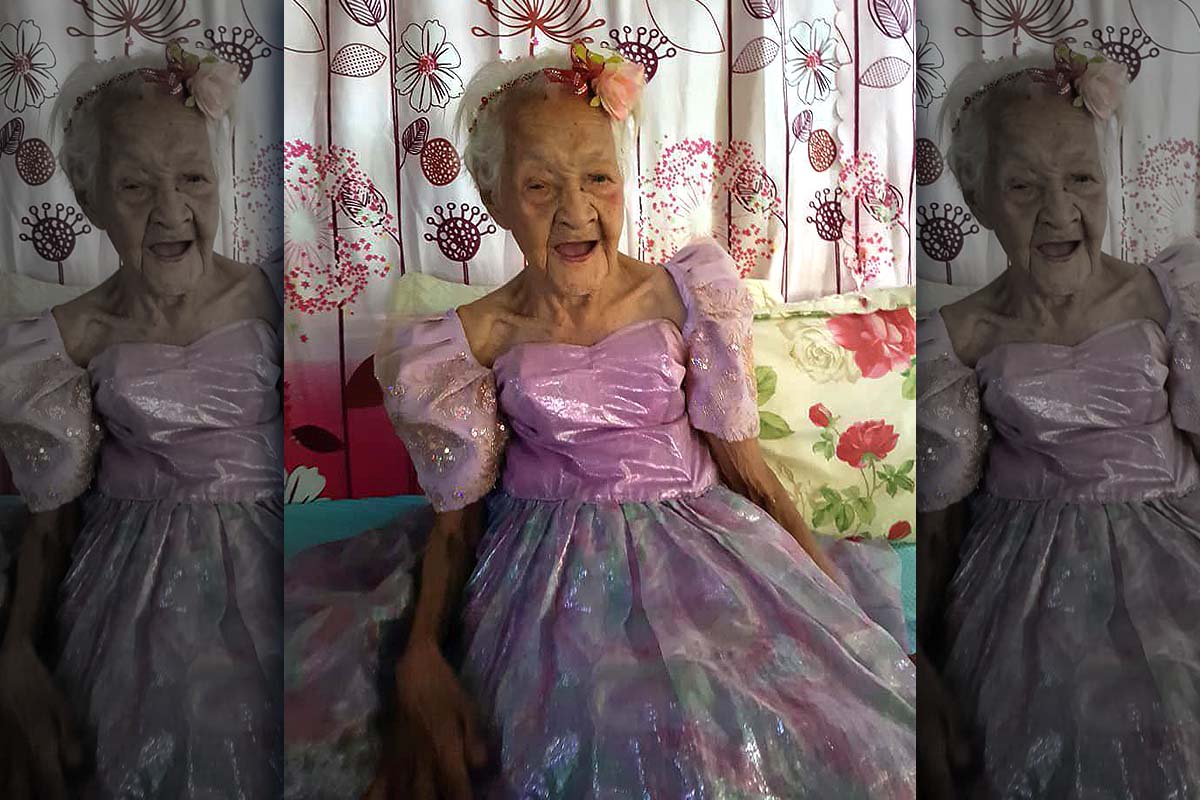 As of March 9, 2019, Kane Tanaka from Fukuoka, Japan holds the title as the oldest person in the world, living at 116 years.