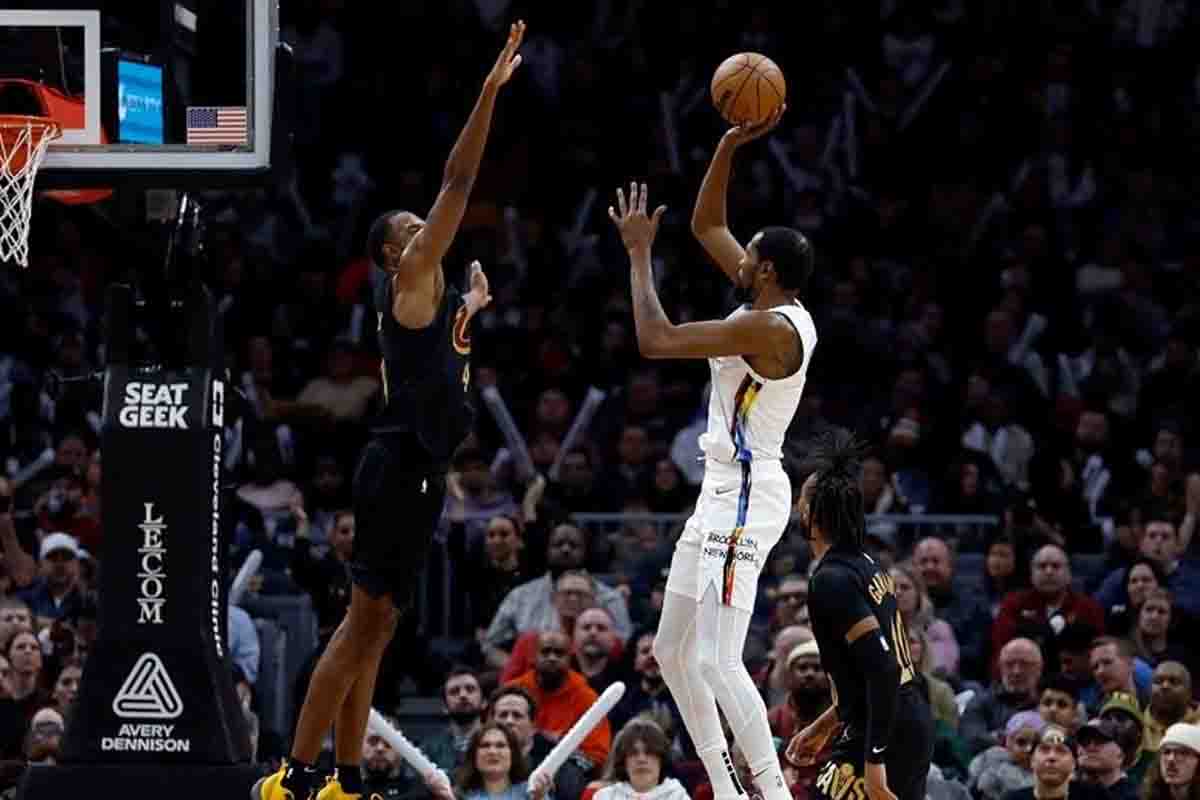 Brooklyn edged ahead of the Cavs for third place in the Eastern Conference, withstanding a late Cleveland surge even after Durant fouled out with 1:54 left to play.

The Nets were up by 10 when Durant departed after he was whistled for an offensive foul while driving to the basket.

Irving, who played a key role alongside LeBron James in Cleveland's 2016 championship run, had the last word against his former team.

Darius Garland's floater cut the deficit to four points with 44 seconds remaining, but Irving made a pair of free throws and Brooklyn's Nic Claxton came up with a big block and the Nets held on.

The Nets' nine-game winning streak is their longest since a 14-game streak in the 2005-06 season. They have won 14 of their last five games.

In the first half, Durant passed former San Antonio Spurs great Tim Duncan for 15th on the NBA's all-time scoring list as the Nets built a quick lead.

The Cavs cut a 13-point deficit to one with 3:54 left in the first half, but the Nets responded with a vengeance to lead 65-49 at the break.

They kept the lead in double digits until late in the fourth quarter.

Garland scored 18 of his 46 points in the fourth to keep the Cavs in it, but Cleveland star Donovan Mitchell was held to 15 — and didn't connect on either of his two shots in the final period.

TJ Warren added 23 points off the bench for Brooklyn and Royce O'Neale, Claxton and Yuta Watanabe scored 10 each as the Nets became just the second Eastern Conference team to beat Cleveland on their home floor this season.

In Detroit, the Los Angeles Clippers dominated overtime to beat the Pistons 142-131.

Clippers guard Paul George scored seven of his game-high 32 points in the extra session as Los Angeles came out on top of a back-and-forth battle.

It had looked to be going the other way when Detroit pushed their lead to 14 with 3:34 to play and the Clippers took George out of the game.

But the Pistons made just two free throws in the remainder of regulation and the Clippers surged — Terance Mann making his first basket of the game to force overtime.

The Miami Heat, playing without Jimmy Butler and Bam Adebayo, held on to beat the Minnesota Timberwolves 113-110.

The Heat led most of the second half before Minnesota tied it up late in the third quarter. But the Heat closed the period on a 9-2 scoring run to lead 93-86 going into the final frame.

Max Strus led the Heat with 19 points and Kyle Lowry added 18. Tyler Herro's 14 points included a jump shot from the corner over Austin Rivers with 33.2 seconds left that put Miami up 113-108.

Anthony Edwards, who scored 29 points for Minnesota, drove for a basket that pulled the Timberwolves within three, but they could get no closer.