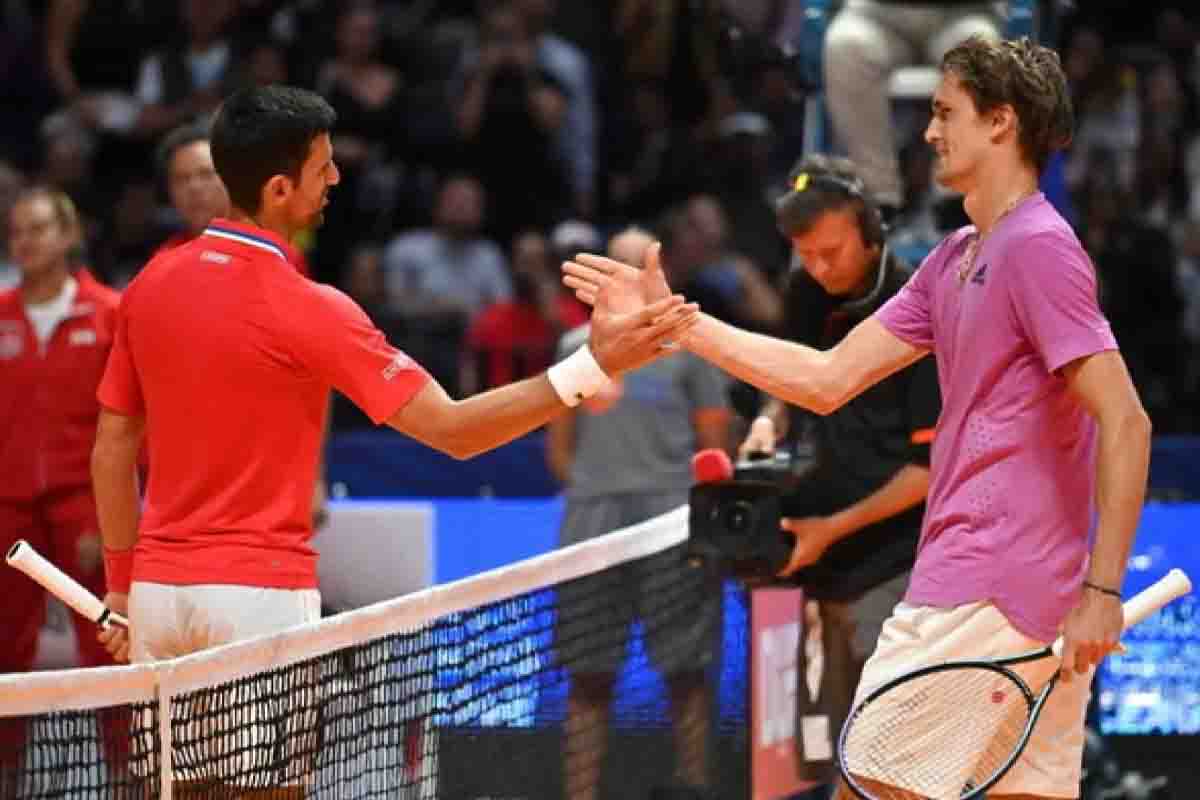 In a men’s tennis year marked by the ascent of Carlos Alcaraz and the continuance of COVID-19, as well as global political occurrences that greatly impacted the rankings, it’s been easy to forget about the life and times of the man who at the start of 2022 was No. 3 in the world, Alexander Zverev.

When one last saw the 25-year-old German in action on tour, he was being taken off the court by medical attendants. Up against Rafael Nadal in the semis of this year’s Roland Garros, in as great an uncompleted match as you’ll ever see, Zverev had taken three hours to finish not quite two sets—only to suffer a horrific injury, tearing three lateral ligaments in his right ankle.

Zverev had hoped to be ready to return for Davis Cup duty in November. But then came an unsettling surprise. “And the actual injury was also healed,” Zverev was quoted in a recent Tennis365 story, “but then I was told that the bones are not ready for the strain. Because I had extreme bone damage, had bone edema, and also a stress fracture in my bone at some point. . . That was a bit difficult for me mentally. Because then I had to start again and was told that now I can’t do anything for 6 weeks.”

At last, this month Zverev returned to competition. There was an exhibition match versus his older brother, Mischa, and another versus the man who’d beaten Zverev in the 2020 US Open final, Dominic Thiem. 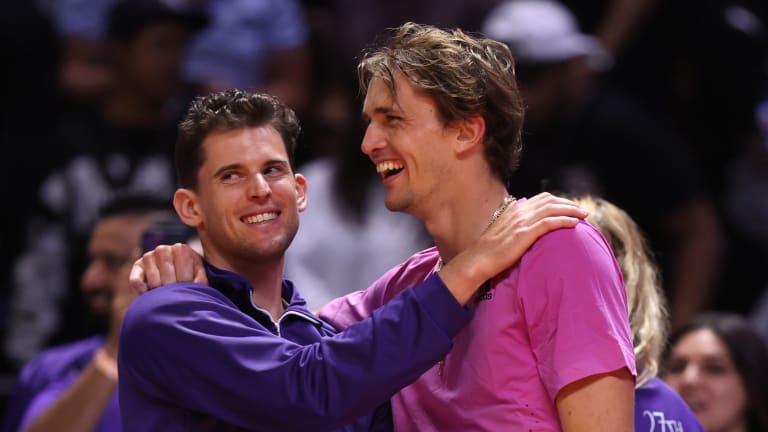 Tuesday came a deeper dive into the pool, when Zverev took on Novak Djokovic in a World Tennis League match played in Dubai. The first two games made the case for a shallower reentry. Serving to start, Zverev revealed a familiar weakness, double-faulting three games to drop his serve at 30. Djokovic held easily to go up 2-0. But quickly, Zverev regained his poise. He broke back and then began to play the kind of tennis that’s taken him quite high: big serves, backed up by great movement and crisp, deep drives, most powerfully off the backhand.

The turning point came with Djokovic serving at 3-4. At 40-30, the Serb punched a forehand volley long. Next, since this team event is using no-ad scoring, there came a simultaneous game point. Djokovic feathered a crosscourt forehand drop volley. In sprinted Zverev, seemingly so late to the ball that his only choice was to drive a forehand down the line. But instead, Zverev whipped the ball sharply, nailing Djokovic in the chest. Even Zverev was surprised by the proficiency of his shot, as was the jolted Djokovic. Amid such a demonstration of resurgence, the two engaged in a brief hug. Zverev then went on to hold at love and win the set, 6-3.

He kept up his fine tennis in the second. Following an early exchange of breaks, Zverev again broke Djokovic at 2-2 with a pair of snappy crosscourt forehand winners. From there, Zverev remained in control, the only hitch coming when at 5-4, 40-15, when he double-faulted. On the next point, Zverev commanded a baseline rally well enough to extract a wide forehand error.

Zverev is currently the world No. 12. It’s easy to see him returning to the Top 10 in short order as 2023 unfolds. In addition to severely testing Nadal at Roland Garros, Zverev in 2021 played superbly versus Djokovic, beating him at both the ATP Finals and the Olympics, as well as extending him to five sets in the semis of the US Open. And Zverev’s last tour-level match victory came versus Alcaraz, a well-earned four-setter in the quarterfinals of Roland Garros.

For most 25-year-olds, that age is merely a beginning. But for Zverev, it’s already been an epic life, of grand triumph at the Olympics, anguishing defeat at the US Open, as well as the ATP’s continuing investigation into allegations of domestic abuse, filed by his former girlfriend. This year came a potentially career-ending injury. Between having two parents as coaches and an older brother who is also a pro, Zverev has never known a life outside of a tennis court. Briefly, Zverev likely stared into an abyss, wondering what he might do that didn’t involve a racquet. But uncertainty has been replaced by recovery. As a new year nears, it will be fascinating to see what lessons Zverev has learned from exile and how they all surface in his tennis.