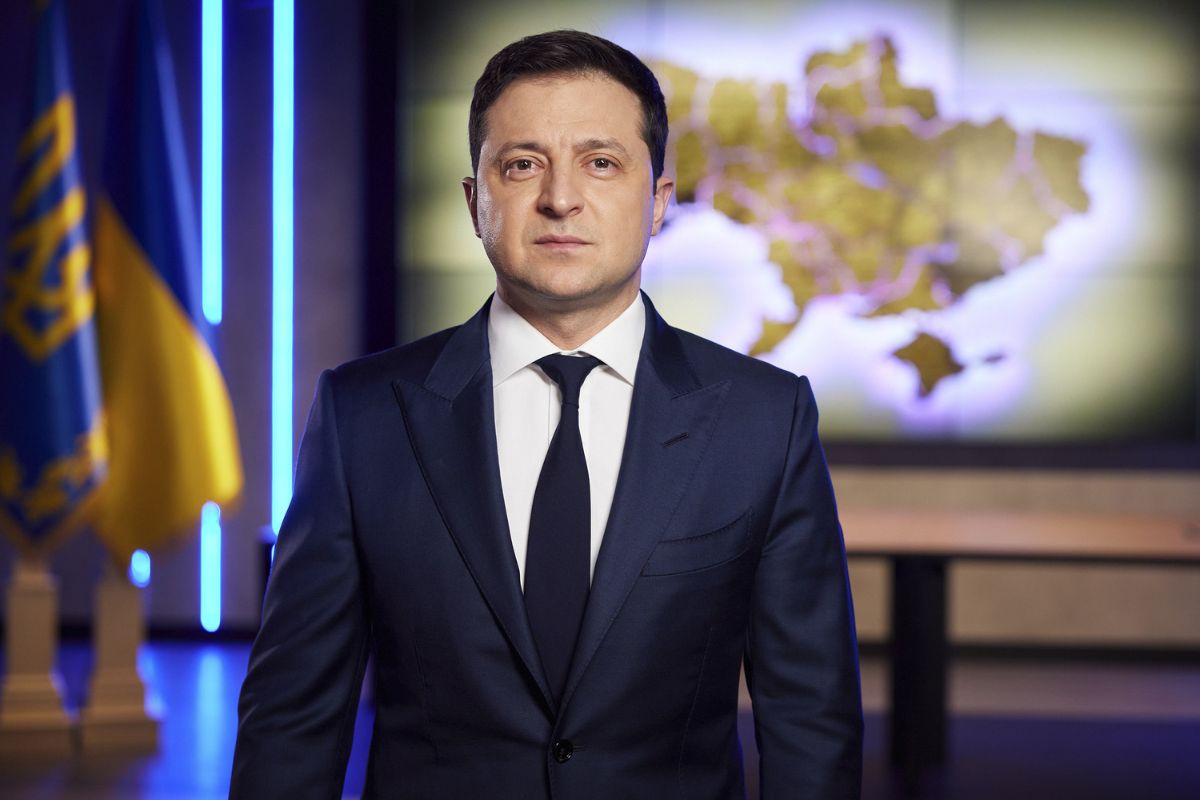 
NEW YORK, United States — Time magazine named President Volodymyr Zelensky as well as "the spirit of Ukraine" as its 2022 person of the year on Wednesday, for the resistance the country has shown in the face of Russia's invasion.

Calling Zelensky's decision to remain in Kyiv and rally his country "fateful," Time editor in chief Edward Felsenthal said this year's decision was "the most clear-cut in memory."

Since Russia's February 24 invasion, Zelensky has delivered daily speeches that are followed not only by Ukrainians but by citizens and governments around the globe.

He has appeared on the front lines and recently celebrated in the streets of Kherson when Ukraine pushed Russia from the critical southern city.

"His information offensive shifted the geopolitical weather system, setting off a wave of action that swept the globe," Felsenthal wrote in announcing the winner.

"Whether the battle for Ukraine fills one with hope or with fear, Volodymyr Zelensky galvanized the world in a way we haven't seen in decades," Felsenthal added.

Zelensky's response to the Russian invasion has transformed the 44-year-old former comedian from an embattled leader of a struggling European outlier to a global household name.

He has also become the standard-bearer of opposition to Russian leader Vladimir Putin, who himself was Time's person of the year in 2007.

Zelensky, who was born in the southern industrial city of Kryviy Rig in the heart of a mainly Russian-speaking region, has presented his country as the front line in a broader conflict.

His appeals to the West for military and financial support, at times echoing the words of British wartime leader Winston Churchill, have helped Ukraine first halt Russia's advance and then recapture swathes of territory.

Zelensky shares the 2022 title with "the spirit of Ukraine," which Felsenthal said was embodied by the "countless individuals inside and outside the country" who are fighting behind the scenes, including everyday people such as chefs and surgeons.

Time's cover artwork for the edition features Zelensky in his now iconic green fatigues, surrounded by dozens of individuals, including demonstrators bearing the Ukrainian flag, who together represent that spirit.

Among those depicted are Iryna Kondratova, who helped deliver babies during shelling, Kyiv chef Levgen Klopotenko, who turned his restaurant into a relief canteen, and Kyiv Independent editor in chief, Olga Rudenko.

Time first presented its Person of the Year award in 1927.

Last year's honoree was Tesla and SpaceX chief Elon Musk, who has since made major headlines with his high-profile purchase of Twitter.