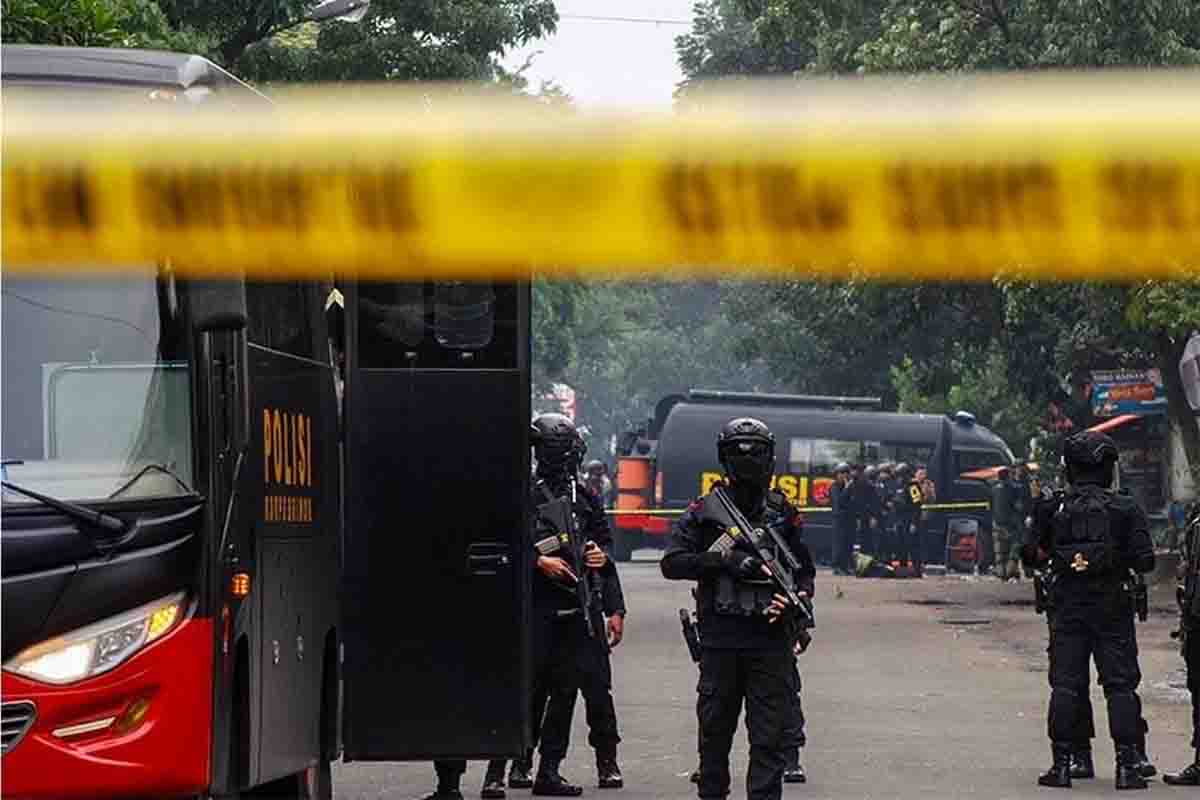 
BANDUNG, Indonesia — A suicide bomber killed a police officer and wounded 10 others in an attack on a police station in Indonesia's West Java province on Wednesday, police said.

Police have not yet determined a motive for the attack but Indonesia, the world's biggest Muslim-majority nation, has long struggled with Islamist militancy.

The blast occurred at about 8 a.m. local time (0100 GMT) during roll call at the Astana Anyar police office in Bandung, the capital of Indonesia's most populous province.

"When our officers were doing the morning roll call, a man tried to enter the office forcibly and officers tried to stop him," said West Java police chief Suntana, who like many Indonesians goes by one name.

"The perpetrator insisted on getting closer to our officers while wielding a knife and suddenly an explosion happened," he told reporters.

A second device was later found nearby and safely detonated by the police bomb squad, Suntana said.

A civilian who was passing the area was among the wounded, who were mostly hit by shattered glass and debris, from the main blast, he said.

The identity of the attacker, who was also killed, is not yet known. Authorities said he had ridden to the police station on a blue motorbike, to which messages written on white paper were attached.

The messages cursed the Indonesian criminal code as a product of "infidels" and urged people to wage a war against law enforcers, police said.

A witness who was near the police station said he heard a very loud explosion.

Didin Khaerudin, who runs a kiosk near the police station, said police ordered nearby shops to close after the blast.

"I heard a bang, it was so loud. I took a peak inside the police office and I saw thick smoke billowing," Khaeruddin told AFP.

The Indonesian resort island of Bali was the scene of Southeast Asia's worst militant attack when al-Qaeda-linked militants detonated bombs at a bar and nightclub that killed more than 200 people in October 2002.

A dozen people were killed in May 2018 when the Islamic State-linked group Jamaah Ansharut Daulah staged a wave of suicide bombings by families, including young children, on several churches and a police headquarters in Surabaya, Indonesia's second-biggest city.

In 2021, two bombers riding motorbikes blew themselves up in front of a church compound in Makassar, South Sulawesi, during a Palm Sunday mass in 2021, wounding at least 20 churchgoers.