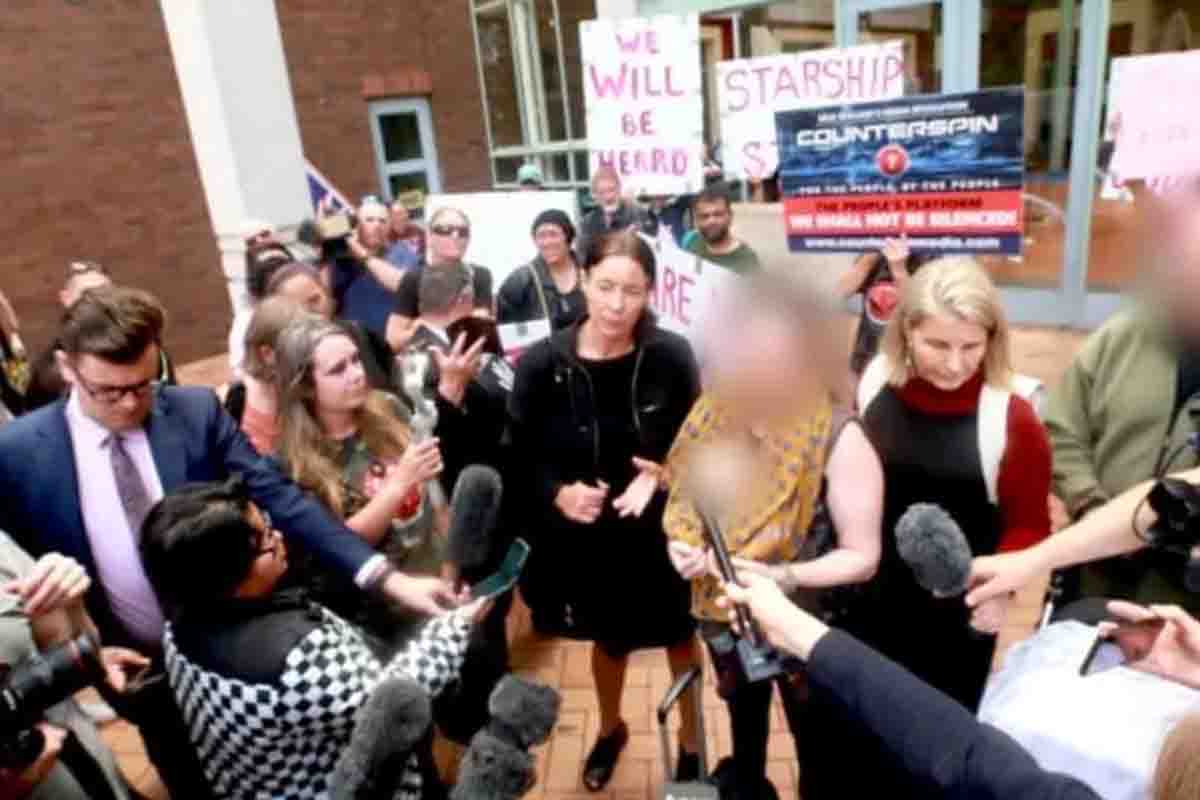 
WELLINGTON, New Zealand - New Zealand authorities on Tuesday launched a battle for custody of an infant whose parents are blocking life-saving surgery because blood donors may have been vaccinated against Covid-19.

The New Zealand health authority took the bid for emergency custody to the High Court in Auckland in a case that has sparked local protest and underscored the potency of vaccine misinformation.

The four-month-old -- whose name has been suppressed by court order -- needs an "urgent operation" to correct a heart disorder known as pulmonary valve stenosis, the child's mother has said.

The surgical procedure has been delayed because the baby's parents do not want any blood transfused that could have come from a donor vaccinated using mRNA vaccines.

New Zealand's blood service does not make a distinction between donations from those vaccinated or unvaccinated against Covid, as there is no extra risk from using vaccinated blood.

The authorities want to take partial custody of the child, leaving the parents in charge of non-medical care, but allowing the procedure to go ahead.

Health New Zealand has said it applied to the court "with the best interests of the child in mind" following "extensive conversations" with the family.

"We know that it can be worrying when parents have a child who is unwell, and are making decisions about their care," doctor Mike Shepherd from Health New Zealand said in a statement.

Around 150 anti-vaccination protesters were outside the court in Auckland on Tuesday to voice support for the family.

New Zealand’s strict response against Covid was widely regarded as one of the most successful in the world, with the country enjoying a low mortality rate even before a vaccine programme started.

But tough travel constraints, lockdowns and other restrictions caused concern about the erosion of civil liberties and sparked the emergence of small-but-vocal anti-vaccine and anti-restriction groups.