Musk sees aliens, tunnels in a candlelit G20 vision of the future 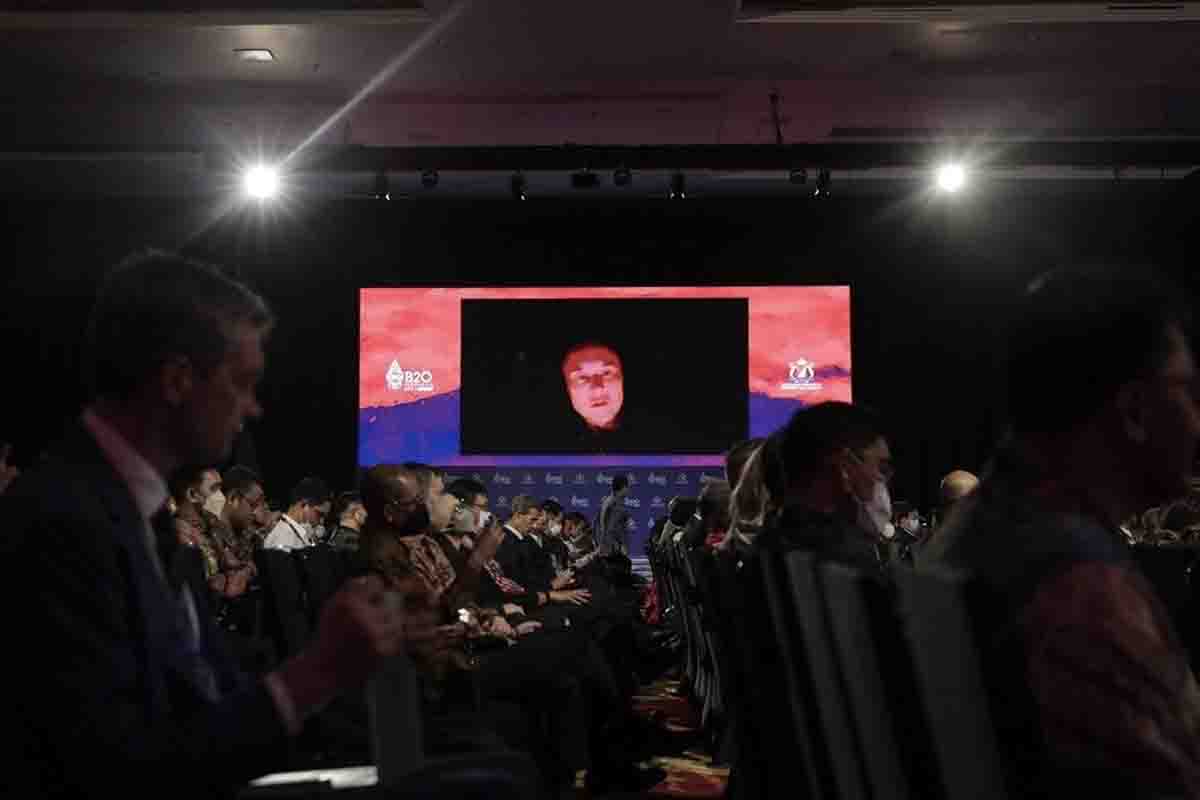 
NUSA DUA, Indonesia — Sitting in the dark, wearing a traditional Indonesian batik shirt and surrounded by candles, Elon Musk offered a vision for the future that includes aliens, deep tunnels and rocket tourism.

The seemingly disembodied billionaire Twitter owner appeared by video link on Monday to address business leaders in Bali on the sidelines of the G20 summit, only his face and hands visible on an otherwise black screen.

"We had a power outage three minutes before this call. That's why I'm entirely in the dark," he told Indonesian tycoon-cum-moderator Anindya Bakrie.

Musk was asked why he had not travelled to the tropical Indonesian island and the new Twitter boss joked that his "workload has recently increased quite a lot" after his takeover of the social media giant.

He had little else to say about his controversial acquisition, which has included firing thousands of employees and introducing a fee for verification. He supported more video on Twitter and efforts to monetize content for creators.

Twitter aside, the conversation turned instead to tunnels dug deep underground to battle congestion, rocket travel across the world in less than an hour and discovering extra-terrestrial life in space.

"I think that would be incredibly interesting, to go out there and explore the galaxy."

The chief of electric carmaker Tesla then waxed lyrical about the benefits of tunnels over flying cars to battle gridlocked traffic, saying cars "will fall on your head" and would be bad for privacy.

"Electric vehicles and tunnels are absolutely an answer to the worst possible congestion of any city, because you can go as many layers deep as you like until the congestion is addressed," he said.

Aside from his "bullish" view on Indonesia's future as a developing nation, the conversation largely stayed on his quirky and bold outlook for the future of Earth.

Jakarta has invited Musk to use Indonesia as a launch site for his SpaceX rocket, pointing out the benefits of a location next to the equator.

But Musk said he wants to see rocket platforms across the world that would allow people to travel "to the complete other side of the world" at 20 times the speed of sound.

"I think this would really open up the world if you could travel anywhere in the world in less than an hour," he said.

But for all his bold dreams about the future, the electric energy, space discovery and social media entrepreneur could not hide his amusement by the fact that even he is answerable to the planet's energy whims.

"I just look at this video and it's so bizarre. I'm sitting here in the dark surrounded by candles," he said.

"This is the funniest thing."