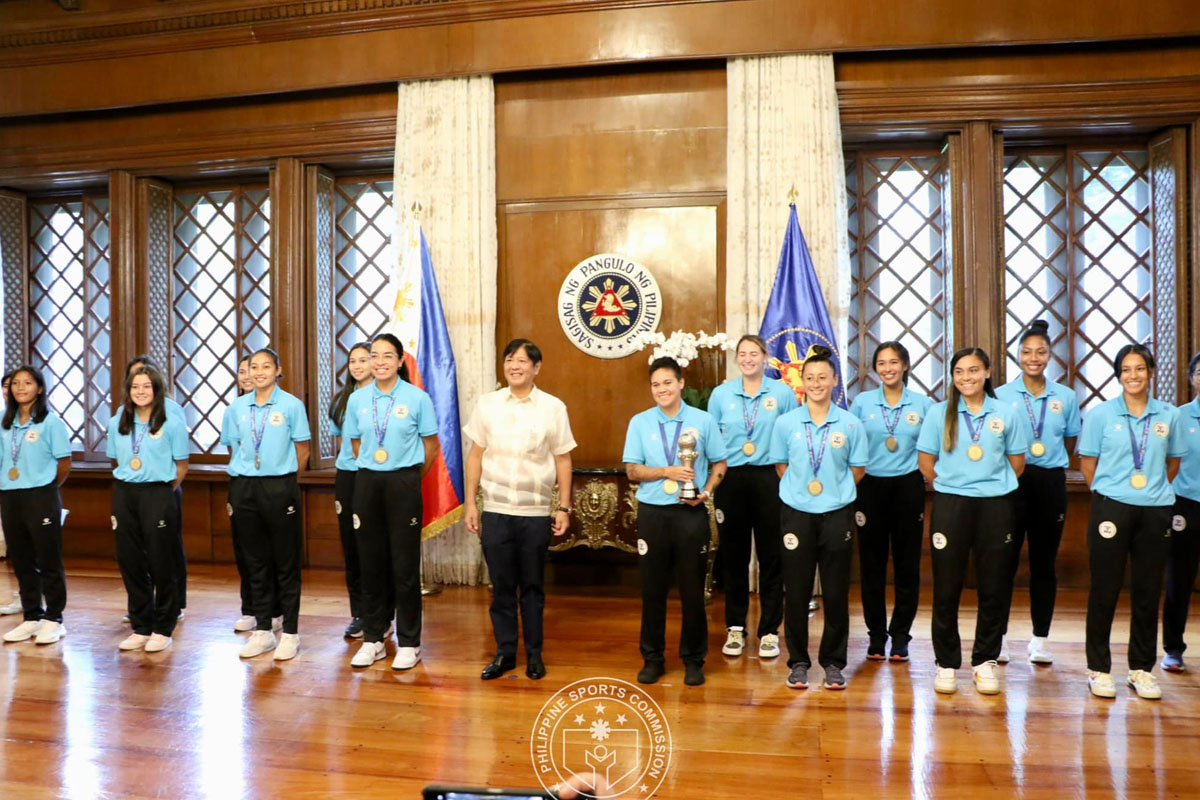 “We have to do better in terms of government support when it comes to our athletes. Medyo nabawasan nung nawala ‘yung sports sa eskuwelahan, when DECS (Department of Education, Culture and Sports) became Department of Education alone, the emphasis on sport became a little bit less,” said by President Marcos during the event.

Furthermore, the President added that sport activities should be promoted because it is more than just playing games since it gives the lessons of discipline, sacrifice, victory and teamwork.

The President described the win as “...the greatest gift that you have given your country.”

The team bagged a historic first-ever win for the country against Southeast Asian frontrunner Thailand with a sweep score of 3-0 during the Asean Football Federation (AFF) Women’s Football championship last Sunday, July 17 at the Rizal Memorial Stadium.

They are expected to compete in the FIFA Women’s World Cup 2023 in Australia and New Zealand.