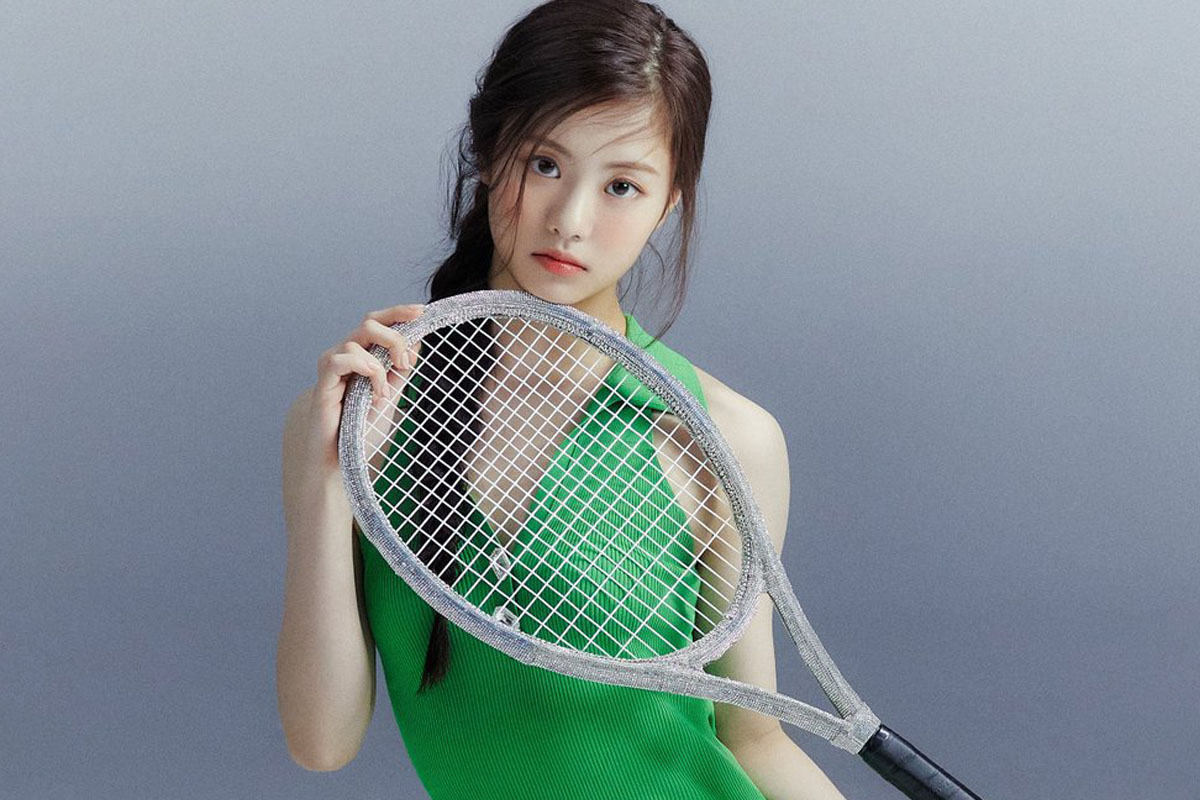 “Our company has decided to terminate the exclusive contract with KIM GARAM,” a part of the statement read.

The company also apologized to the “fans and to those who have shown love and support to the group for causing you concern over the controversy involving the member.”

Read the full statement below: 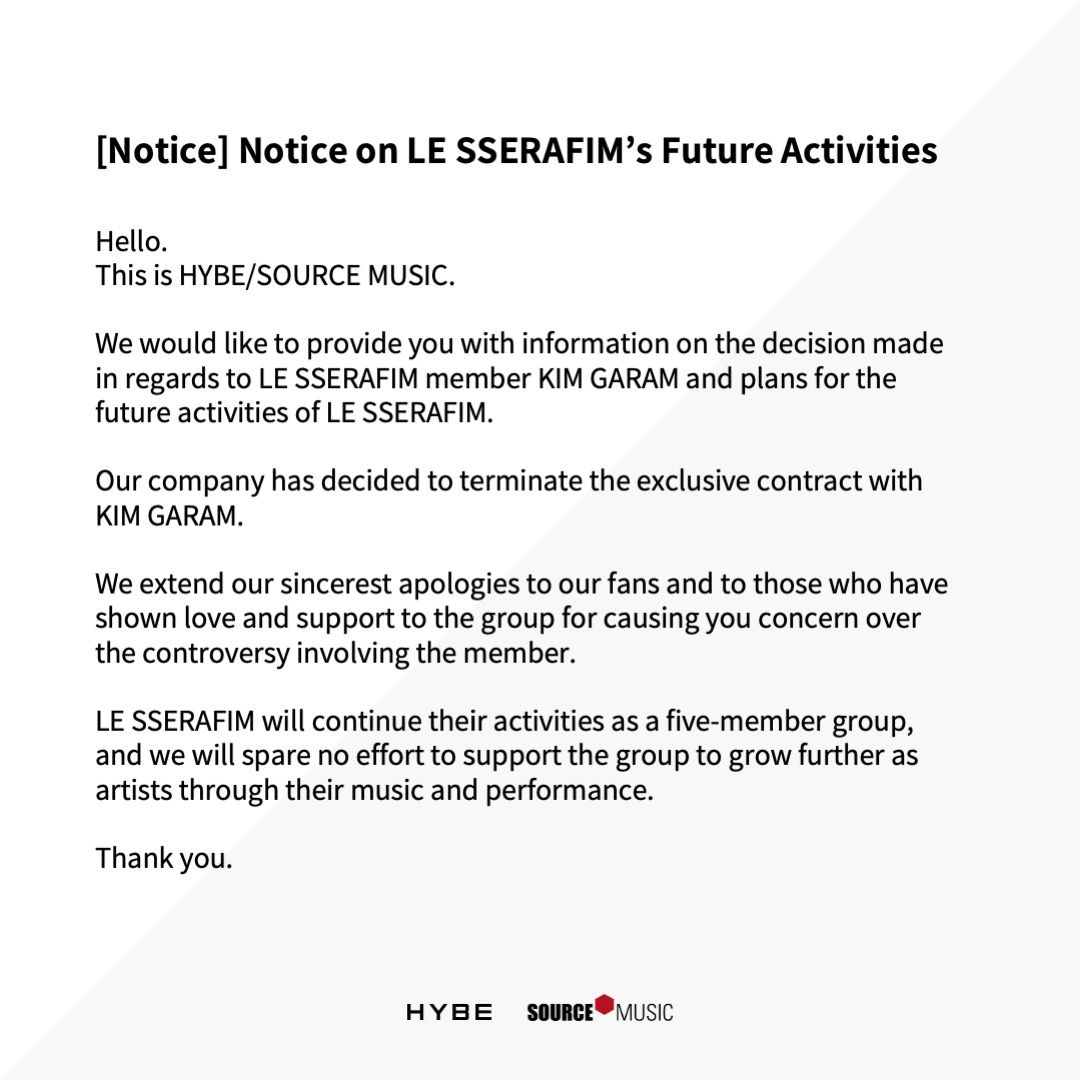 The idol has since been on hiatus in just three weeks after the group’s debut last May due to multiple allegations of involvement with school bullying and violence.

The claims were denied by the company. However, it still has resulted in the group continuing their debut promotions with one less member instead of six.

The official page of LE SSERAFIM on Source Music website has been updated today with the changes of past-member Kim Garam’s photos removed. The group is now described as consisting of five members, namely: Sakura, Chaewon, Yunjin, Kazuha, and Eunchae.