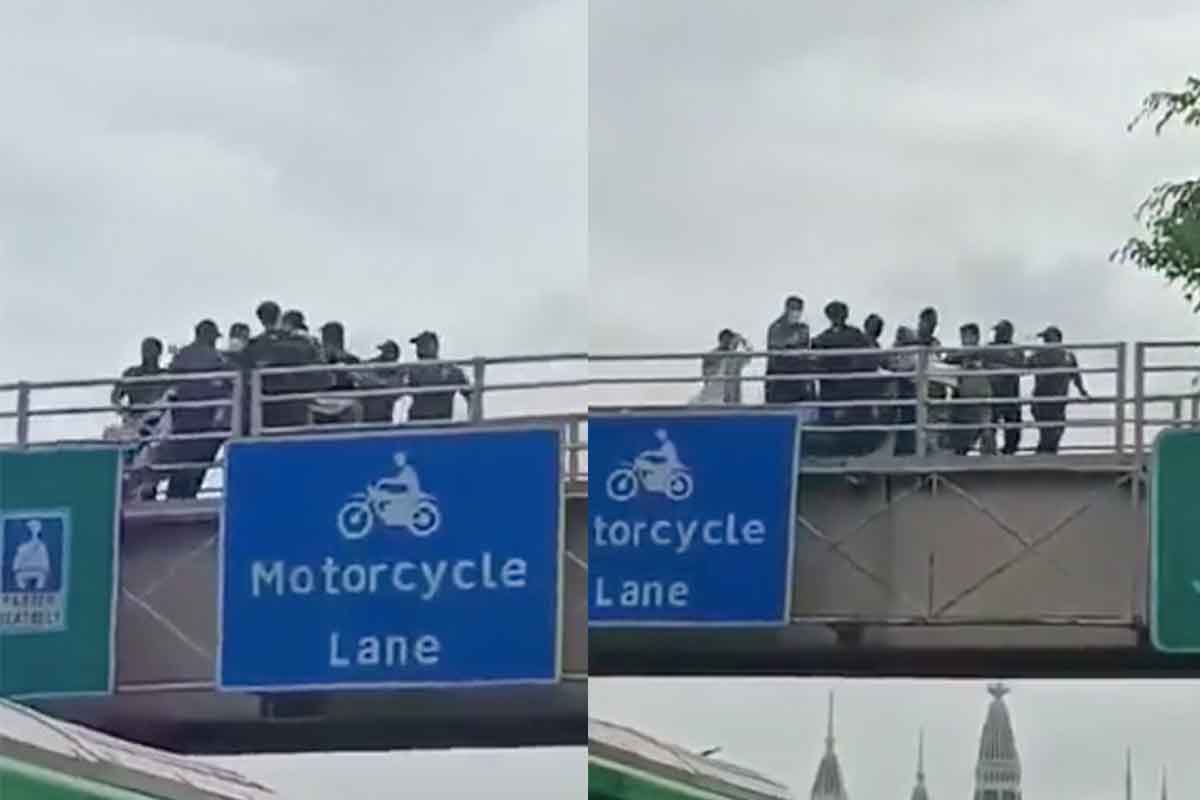 In a statement, the Nagkaisa Labor Coalition said the arrest is a violation of the freedom of expression of the youth leaders.

"Police charged at the contingent even after the end of the short action. The banner was forcefully torn from the participants and the three youth leaders were violently arrested and dragged towards police vehicles," Nagkaisa’s statement read.

"Throughout the incident, the officers refused to explain why the arrest was being made and were very rough with the detained. One female participant was grabbed violently on the arm and nape despite complying with the officers,” it added.

“Why would you arrest them for hanging banners on a footbridge?” he said. “Throwback to the Marcosian Martial Law indeed.”

Akbayan Youth on social media said the youth activists were released later that day following a dialogue with the police. No charges filed against them.