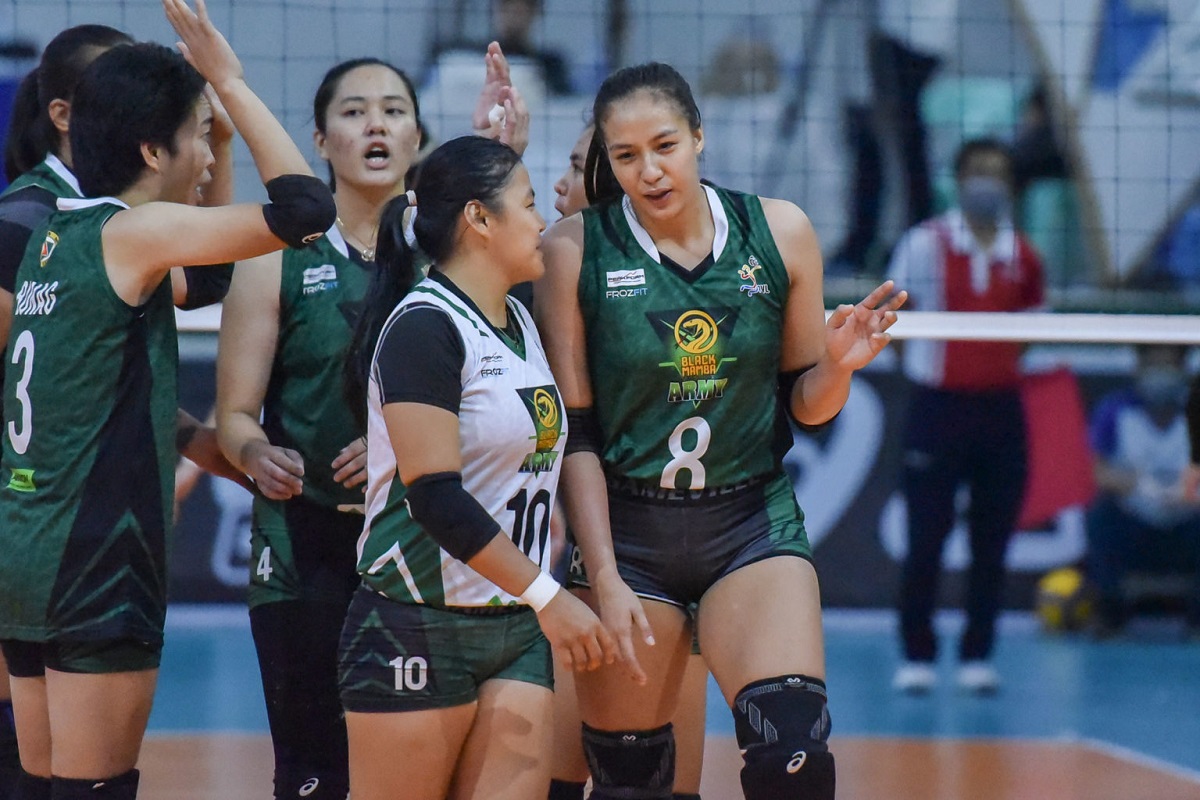 
SEA Games bronze medalist Jovelyn Gonzaga hopes to be an inspiration among players who undergo certain injuries, as she comes back for the Black Mamba Army in the PVL Invitationals.

Gonzaga, who bagged a bronze medal in women’s beach volleyball during the 31st Southeast Asian Games (SEAG), is in high hopes of achieving another medal coming into the league. The Lady Troopers had a painful exit during the open conference after ranking 7th among 9 teams.

“Now that I got a medal, which has been my childhood dream. I want more. I want a better finish,” said Gonzaga, who will have to adjust going into the hard court.

The left-handed opposite hitter, who recovered from a painful ACL injury back in 2017, said that bagging the bronze medal in the recently held SEAG helped her to regain confidence coming into the tournament. She stressed that her past injury did not get in the way of making things possible.

“Some people thought that my career was over after my injury. But here I am hoping to set an example to everyone that nothing is impossible and anyone can overcome injuries,” she said. “Look at me now, I got my (dream) medal even after all that happened in my career.”

The five-foot-six hitter, who made efforts for the national team to win a medal in the SEAG from 2015 to 2019, hopes to do well in the upcoming PVL Invitationals, as her team expects her to spearhead after coming fresh from SEA Games stint.

However, it will not be easy for the veteran spiker, as she transitions from playing in the sand and the hard court. There will have to be adjustments for her, coming into the league.

“It’s hard for my body. Because I got used to the softness of sands and now I’m back playing at hardcourt. That’s the challenging part, but in terms of the skills and conditioning, it’s okay,” she added.

Gonzaga and the rest of the Lady Troopers will have their first appearance in the PVL on July 9 at San Juan Arena, as they face Open Conference third placers Cignal HD Spikers.