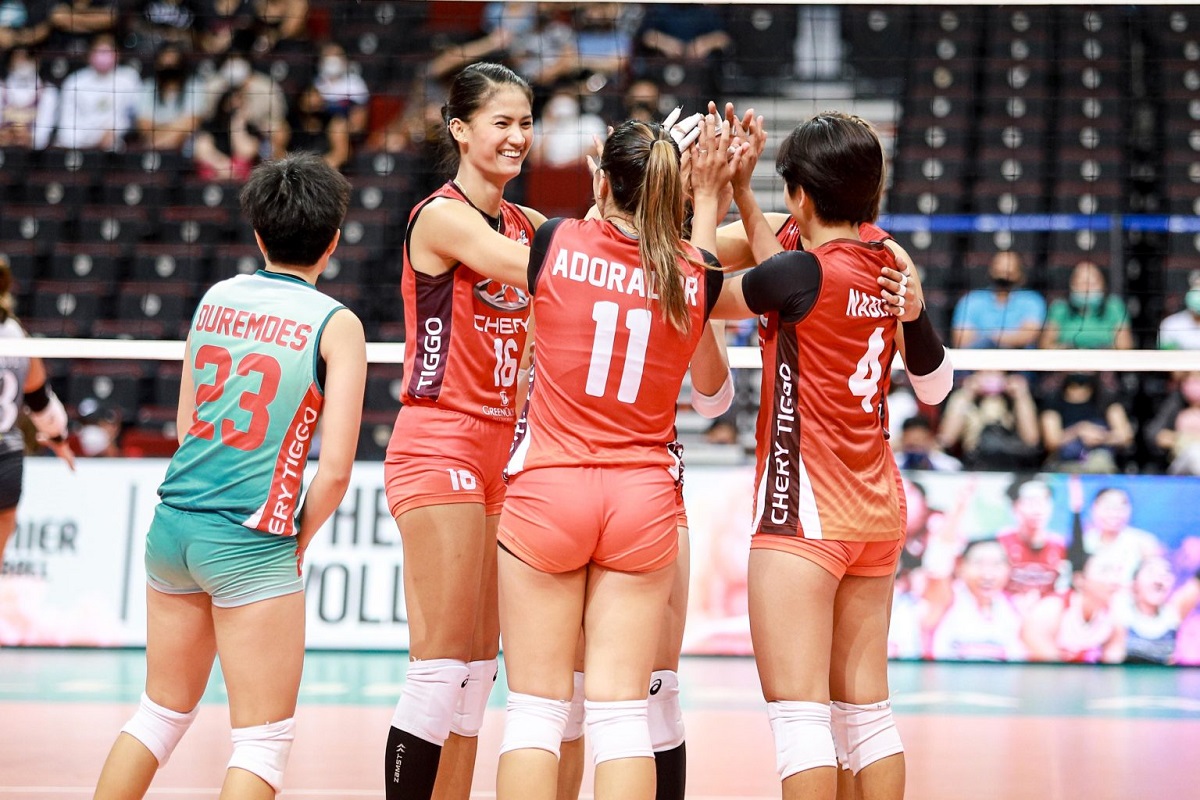 
Dindin Santiago-Manabat and the rest of the Chery Tiggo Crossovers are determined to make a comeback in the Premier Volleyball League (PVL) Invitationals.

The 28-year-old wing spiker said in an interview that her team is getting ready to regain the top spot in the league, after dropping to 8th spot during the open conference last season.

“We’re really hungry to win and we want to show a good performance. We’re taking it one step at a time and we’re not pressuring ourselves. But our goal is to bring back Chery on top,” Manabat said.

It will be a tough conference for the Chery Tiggo Crossovers as top-gun and open conference MVP Jaja Santiago is still playing in Japan V. League as an import. It is the second straight absence of the 6-foot-4 middle blocker in the PVL.

However, Manabat pointed out that the Crossovers are not solely dependent on the reigning best blocker of Japan V. League. Key players such as Thailand import Mylene Paat, Buding Duremdes, Jasmine Nabor, and returning EJ Laure are among the strong lineup of Chery Tiggo.

“We’re not depending everything on Jaja. Everyone from our team wants to show better performance and execute the new program of our new coach,” Manabat said.

Clarence Esteban, newly appointed head coach of the Crossovers, has made major adjustments in terms of the team’s floor defense and service reception, to regain its strong performance in the tournament.

“So far, we’re doing good in training. Our coach intensified our floor defense training because it’s what we lacked in the last conference. We also focused on service receive and blockings,” said Manabat, who is also a part of Thai team Nakhon Ratchasima.

The Chery Tiggo Crossovers will have their first action in the PVL Invitationals on July 9 at San Juan Arena, as they go against Open Conference 4th placer Choco Mucho Flying Titans.