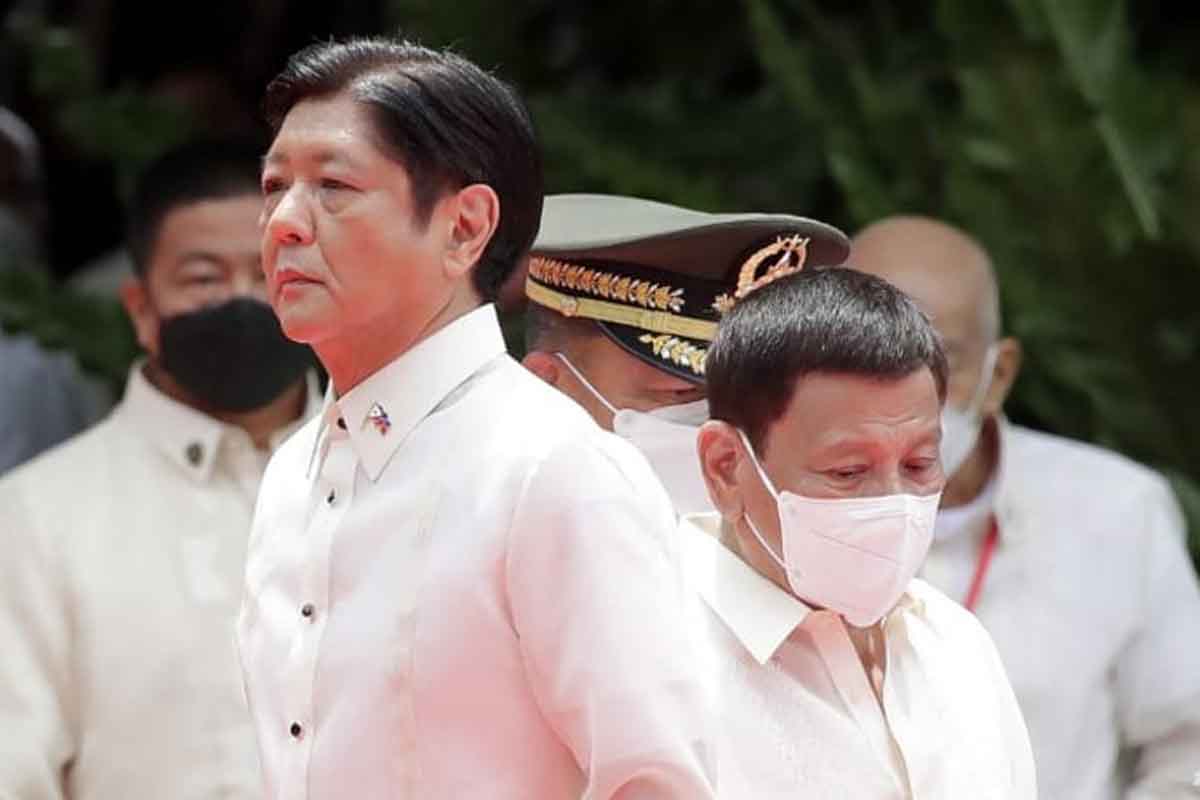 
Ferdinand “Bongbong” Marcos Jr. was sworn in as president of the Philippines on Thursday afternoon, June 30, 2022.

Chief Justice Alexander Gesmundo administered the oath of Marcos. The inauguration took place at the National Museum in Manila.

Present at the inauguration are Marcos’ family, including his wife, first Lady Liza Araneta, their children, and his sisters Senator Imee Marcos and Irene Araneta. His mother, former first lady Imelda Marcos, was also present at the historic event.

Hundreds of local and foreign dignitaries also attended the inauguration. Among them are Chinese Vice President Wang Qishan and US Second Gentleman Douglas Emhoff.

Over 15,000 police, soldiers, and coast guard personnel were deployed across the capital for the inauguration. Several local government units also declared a special non-working holiday in light of the inauguration.

Before the oath taking ceremony, Marcos met former president Rodrigo Duterte in Malacañang where he was given departure honors.

Marcos’ inauguration made official the return of the Marcos family to power. Thirty-six years ago, Marcos Jr.’s father and namesake former president Ferdinand Marcos Sr. was overthrown in a mass uprising.