ICYMI, the deepest shipwreck has been found off the Philippines 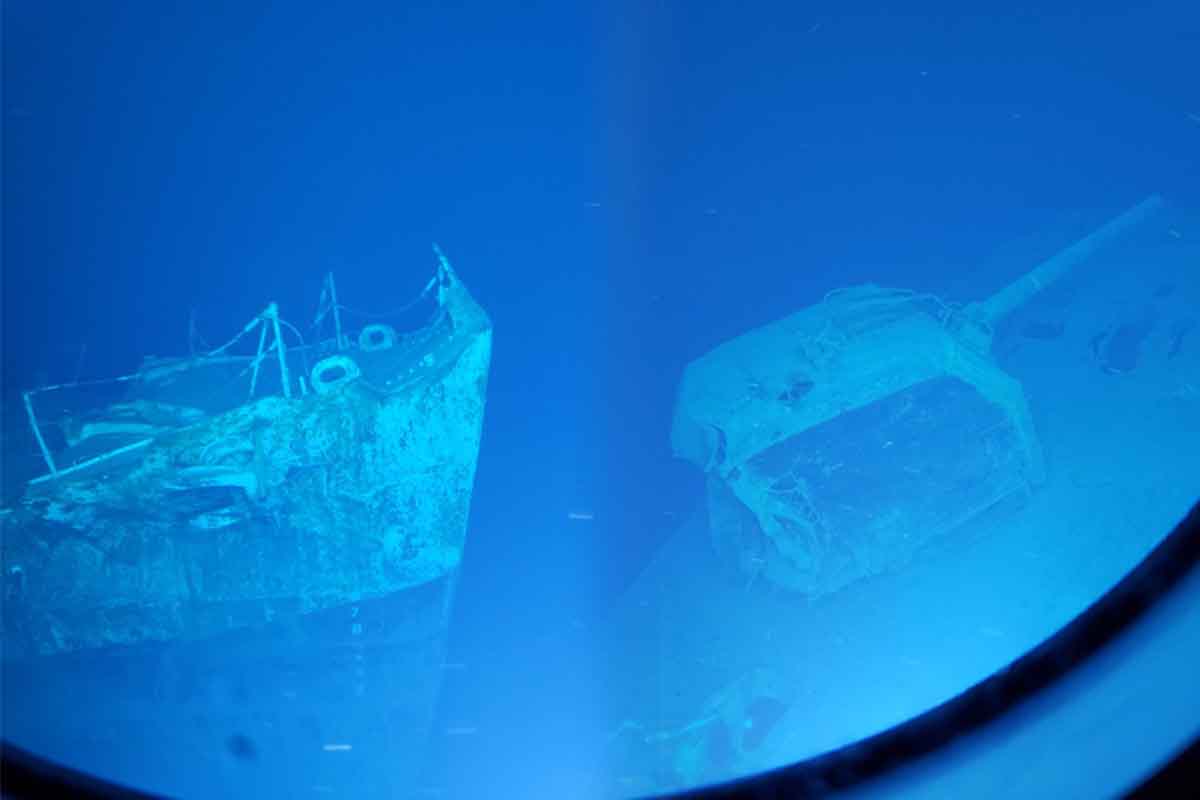 
In case you missed it, explorers have recently discovered the deepest shipwreck ever found.

The USS Samuel B. Roberts, a World War II U.S. Navy destroyer escort that sank in the Western Pacific Ocean nearly 78 years ago, has been found nearly 7,000 meters (23,000 feet) below sea level off the Philippine island of Samar.

The “Sammy B” was identified and surveyed by American explorer Victor Vescovo, founder and sub pilot of Dallas-based Caladan Oceanic Expeditions, alongside Britain-based EYOS Expeditions.

“With sonar specialist Jeremie Morizet, I piloted the submersible Limiting Factor to the wreck of the Samuel B. Roberts (DE 413),” he said in a tweet. “Resting at 6,895 meters, it is now the deepest shipwreck ever located and surveyed. It was indeed the "destroyer escort that fought like a battleship."

In a separate statement, Vescovo, a former US navy commander, said: "It was an extraordinary honor to locate this incredibly famous ship, and by doing so have the chance to retell her story of heroism and duty to those who may not know of the ship and her crew's sacrifice."

“Sammy B” was one of four US ships sunk in the large naval battle in October 1944.

US Navy records say the ship’s crew “floated for nearly three days awaiting rescue, with many survivors perishing from wounds and shark attacks.” Of the 224 crew, 89 died and 120 were saved, including the captain, Lt Cmdr Robert W Copeland.

In 2021, Vescovo’s team found the USS Johnston at nearly 6,500 meters. It was previously the world’s deepest shipwreck identified.

The team in the latest survey also attempted to search for the USS Gambier Bay at more than 7,000 meters below sea level, but was unable to locate it.

They did not search for the USS Hoel due to the lack of reliable data showing its current location.

With sonar specialist Jeremie Morizet, I piloted the submersible Limiting Factor to the wreck of the Samuel B. Roberts (DE 413). Resting at 6,895 meters, it is now the deepest shipwreck ever located and surveyed. It was indeed the "destroyer escort that fought like a battleship." pic.twitter.com/VjNVERdTxh

Part of the dive on the Sammy B. It appears her bow hit the seafloor with some force, causing some buckling. Her stern also separated about 5 meters on impact, but the whole wreck was together. This small ship took on the finest of the Japanese Navy, fighting them to the end. pic.twitter.com/fvi6uB0xUQ

Some additional photos from the Sammy B. The bow, the fallen mast, the gap between fore and aft where she was hit by a battleship round, and the aft turret . . . where the brave and mortally wounded GM3 Paul H. Carr died trying to place a final round into the broken breech. pic.twitter.com/3VcZoZyPo3

Another video from the survey dive on the Sammy B. This one is from the starboard side near the bridge and forward gun mounts. We kept our distance because we spotted potentially live shells in the 40mm gun, and later towards the stern, depth charges still in their racks. pic.twitter.com/DY54o6Prpx