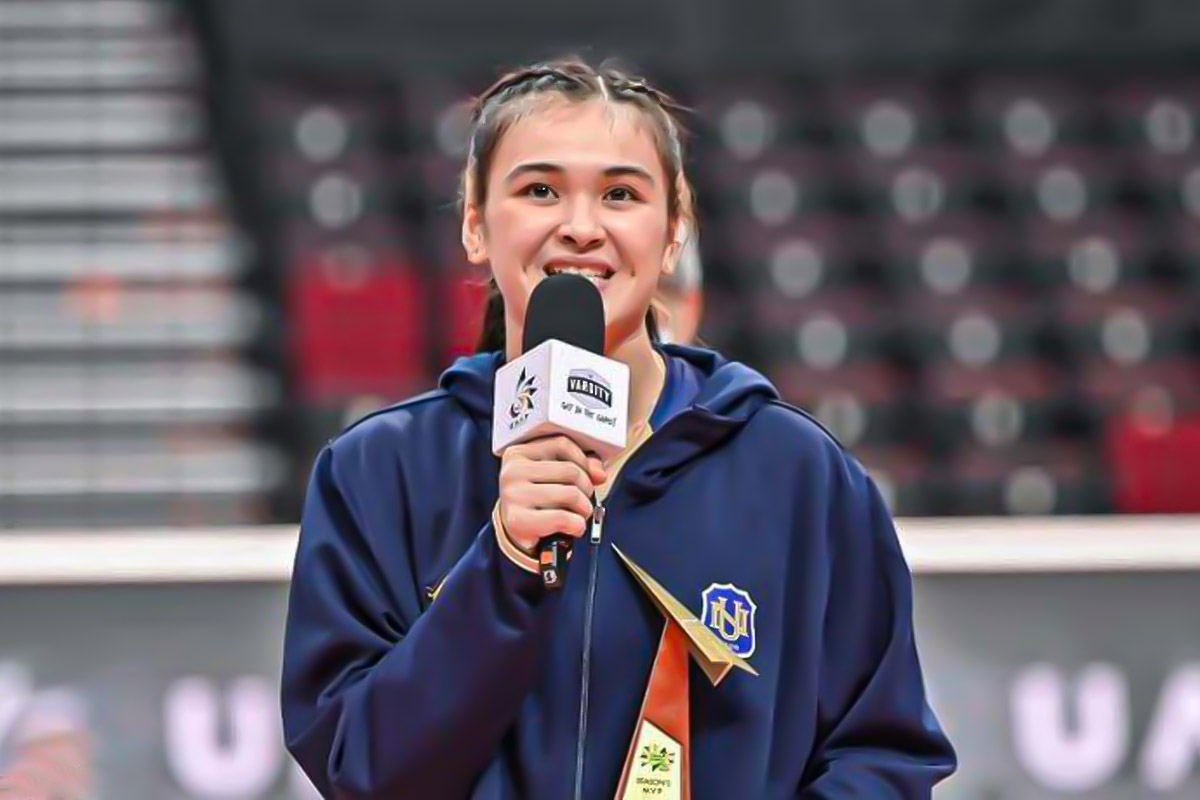 Belen and the rest of the Lady Bulldogs will watch the Japanese men’s volleyball team play in the tournament as part of their celebration towards historic 16-0 sweep in the UAAP. Belen is getting excited to watch the Japanese team up close, especially her idol Ran Takahashi.

“I can finally meet Ran (Takahashi) in the VNL,” shared Belen in Filipino, who led NU Lady Bulldogs to claim the long-desired title after 65 years. She and her team destroyed La Salle in the finals with a clean 6-0 sweep from Game No. 1 up to Game No. 2.

The 5-foot-7 outside hitter, who was also hailed Best Outside hitter, stated that she already bought VNL tickets to cheer the Japanese team on June 24, 25, and 26, as the team is set to face Italy, France, and Slovenia respectively in Week No. 2 of the league.

Before the Game No. 2 of the finals between NU and La Salle, Belen revealed that she had a short video chat with Takahashi, which inspired her to end the 65-year title drought of her team.

“Before training, I had a video call with Ran. Wow! Lamang na ako sa pila! We talked to each other,” she said.

“I won’t let them leave the Philippines without having a picture (with Ran),” the rookie MVP added.

Volleyball World mentioned Belen in a Facebook post, asking her whether she could check a supposed direct message from them that might be in relation to her meet up with Takahashi.

“@BelenMhicaela Hello Champion & Miss MVP. When you get a chance please check your DM. Thank you” the post reads.

Japan entered strong in the week 2 of the VNL after waylaying Argentina in four sets, 27-25, 25-18, 17-25, 25-16, which was held at the Smart Araneta Coliseum in Quezon City. It was their fourth win among their five matches in the league.