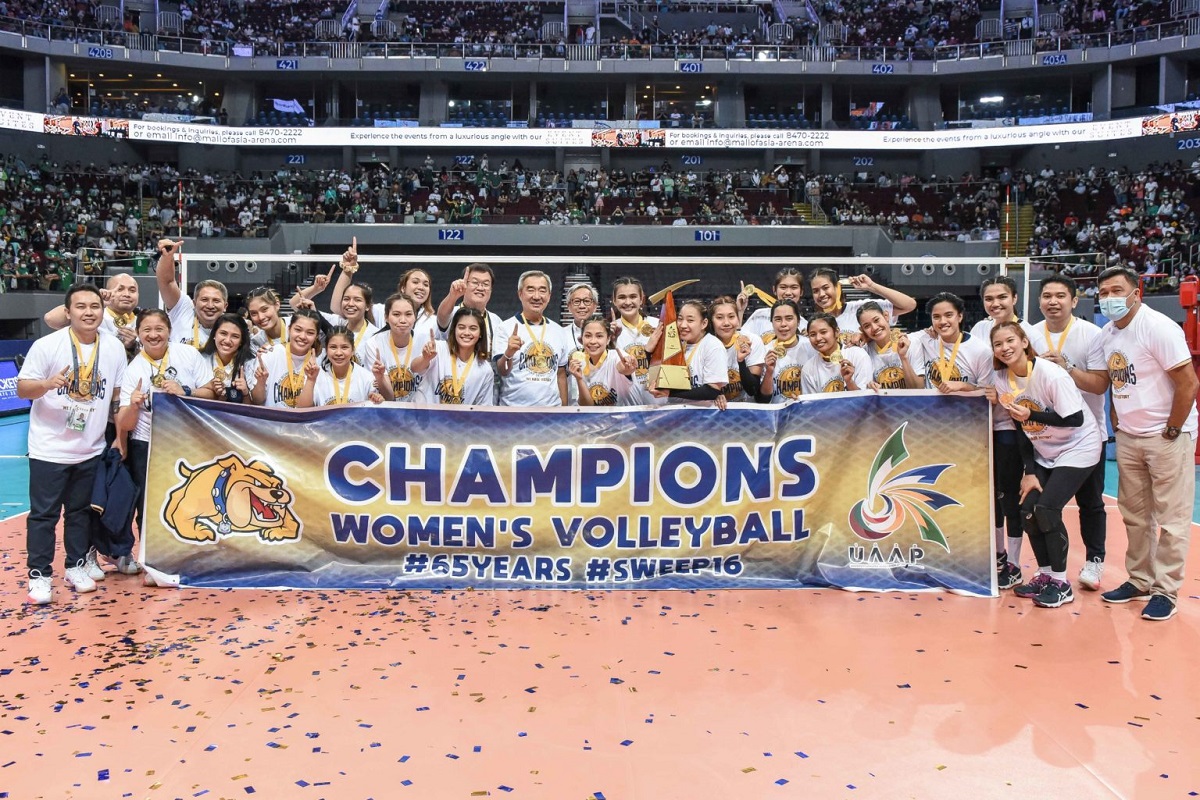 
The National University Lady Bulldogs have finally claimed their first UAAP Women’s Volleyball title in 65 long years, as they scraped past La Salle to win the season with a clean sweep.

The Lady Bulldogs outran La Salle once again in the Game No. 2 of the finals in three straight sets, 25-15, 25-15, 25-22, making it their historic 16th winning streak in the tournament with no losses.

In the entire season, NU only lost 5 sets all in all. They did not allow their competitor La Salle to win a single set over them ever since the playoffs round.

Although the Lady Spikers, 11-time champions, took the lead in the third set, 20-17, the Lady Bulldogs got even more fired up to make a 7-0 run against La Salle, where some came for opponent errors, to finally claim the sweet victory.

Belen is the first ever player in the UAAP Women’s Volleyball history to be hailed rookie of the year and conference MVP at the same time. She also won the first best outside hitter as she recorded 99.574 statistical points in the tournament.

Nierva was declared the Best Libero in the conference, Solomon as the Best Opposite Hitter, Toring as Second-Best Middle Blocker, and Lamina claiming the Best Setter award.

All of the individual awardees are products of Nazareth School of National University’s girls volleyball program.