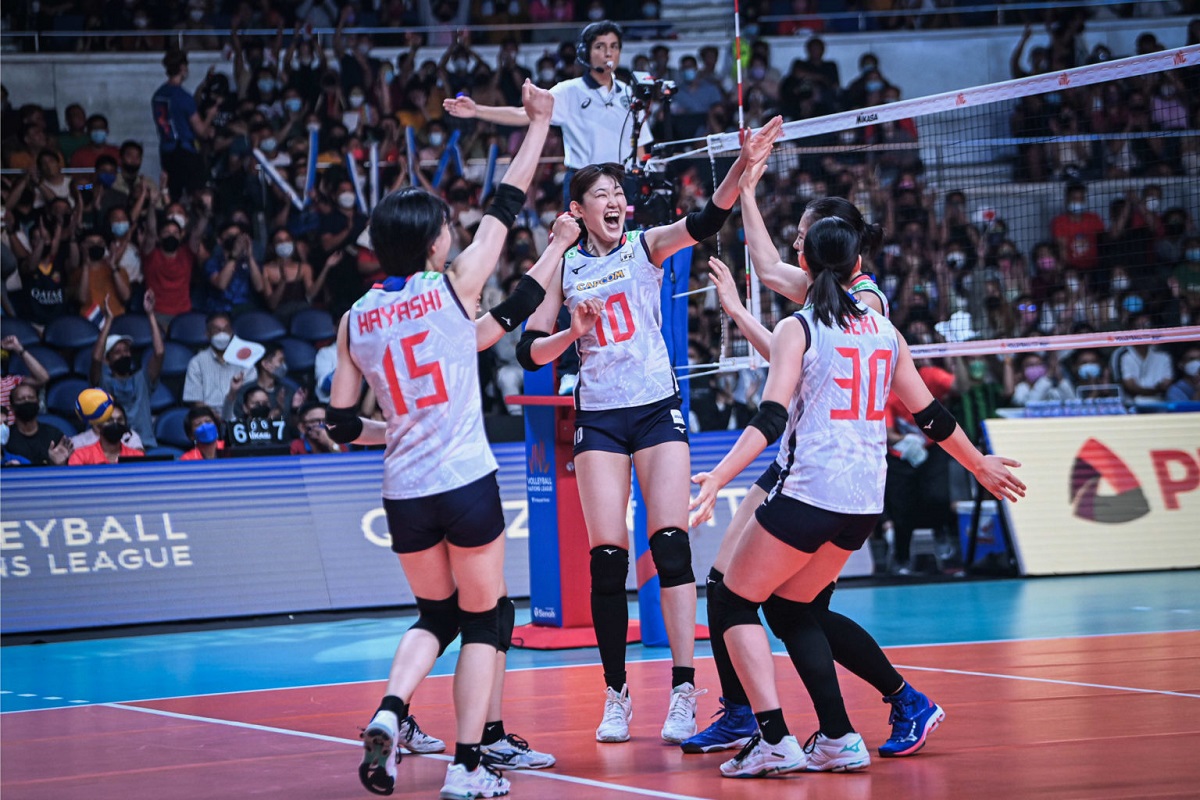 Sarina Koga, captain of the Japanese team, unloaded 22 points in 17 attacks, four kill blocks and an ace. She also performed well in terms of floor defense, contributing 15 digs and five receptions for the unbeaten team who won all four games in Quezon City.

The 26-year-old outside hitter expressed her gratitude to the Filipino fans, who opted to cheer for them, shouting “Nippon! Nippon!” as they battled against World No. 2 China who also had Chinese fans in the coliseum during their match.

“Philippine fans have a lot of energy and power which is good for us. We have a good motivation because they give us a good ambiance. We had a good experience,” Koga said with an interpreter.

Along with Koga are collective efforts from Kotona Hayashi who delivered 19 markers in 18 attacks, and Arisa Inoue with 15 points in 2 service aces.

Although the Japanese team lost to China in the first set — different from their clean sweep in their first three matches here in the country— they dominated the remaining sets, specifically the last set of the match, where they massacred the Chinese team with a 15-point lead, 22-7, to eventually claim the victory.

Koga admitted that their team did not start well in the first set, as they struggled to deliver good service against china. “Our strong points are defense and service. We need to make a good start every time we play against tall teams,” Koga said. “They have a lot of good outside hitters. We tried to make good serves against China. Finally, we got a good counterattack against China and get the victory.”

The Japanese team will leave the country and go straight to Canada for the Week 3 of VNL. They will go against the Netherlands, Turkey, and Belgium starting June 28 up to July 3.

The VNL Championship will be held in the host country, Turkey, from July 13 to 17 as the top 7 teams battle for the most-desired title.