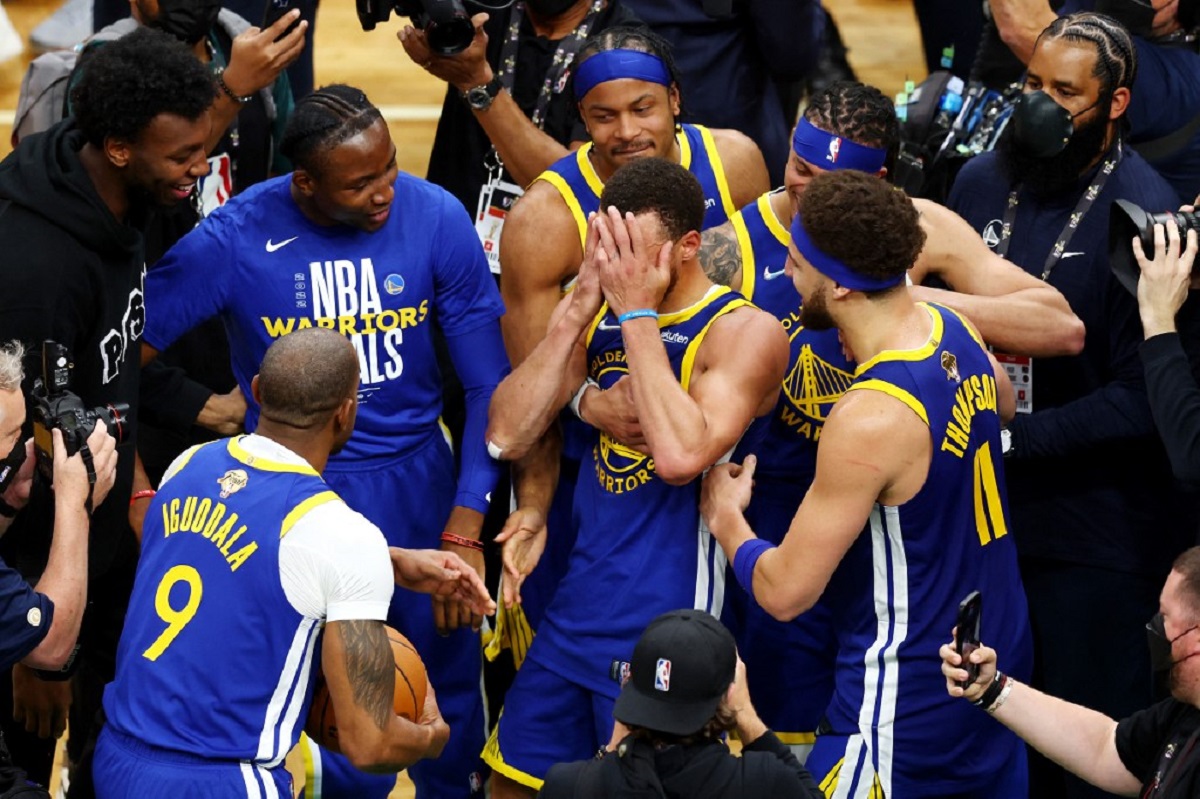 
It was an emotional moment for Stephen Curry and the team before the 4th quarter of the Game 6 officially ended in a guarded score of 103-90 over Boston Celtics to finally claim the NBA title.

It was the fourth championship title of Golden State Warriors in 8 years.

Stephen Curry, two-time regular-season MVP, was named NBA Finals MVP for the first time ever after scoring 32 big points for the Dubs, as they outlast Celtics who had a home court advantage.

27-year-old shooting guard Andrew Wiggins helped Curry in offense with 18 points, while young Jordan Poole added 15 in Game No. 6 of the best-of-seven series.

Klay Thompson, who missed two entire seasons after knee and Achilles injuries, was able to commit 12 albeit shooting 5 out 20 attempts. Center Draymond Green gave in 12 points with 12 rebounds and eight assists for the Dubs.

The big 3 of the Warriors, Curry, Thompson, and Green, raised four fingers together, which represent their recorded titles in the NBA.

“I knew it was a possibility, but to see (a championship) in real time … holy cannoli, this is crazy,” Thompson said.

“You always have a doubt, but you know how long the road is to get back here because how hard it is to win at this level,” Curry said, talking about what he and the team hardly had to go through in the season. “We found a way to just get it done,” he added.