Bongbong chooses Enrile to be next presidential legal counsel 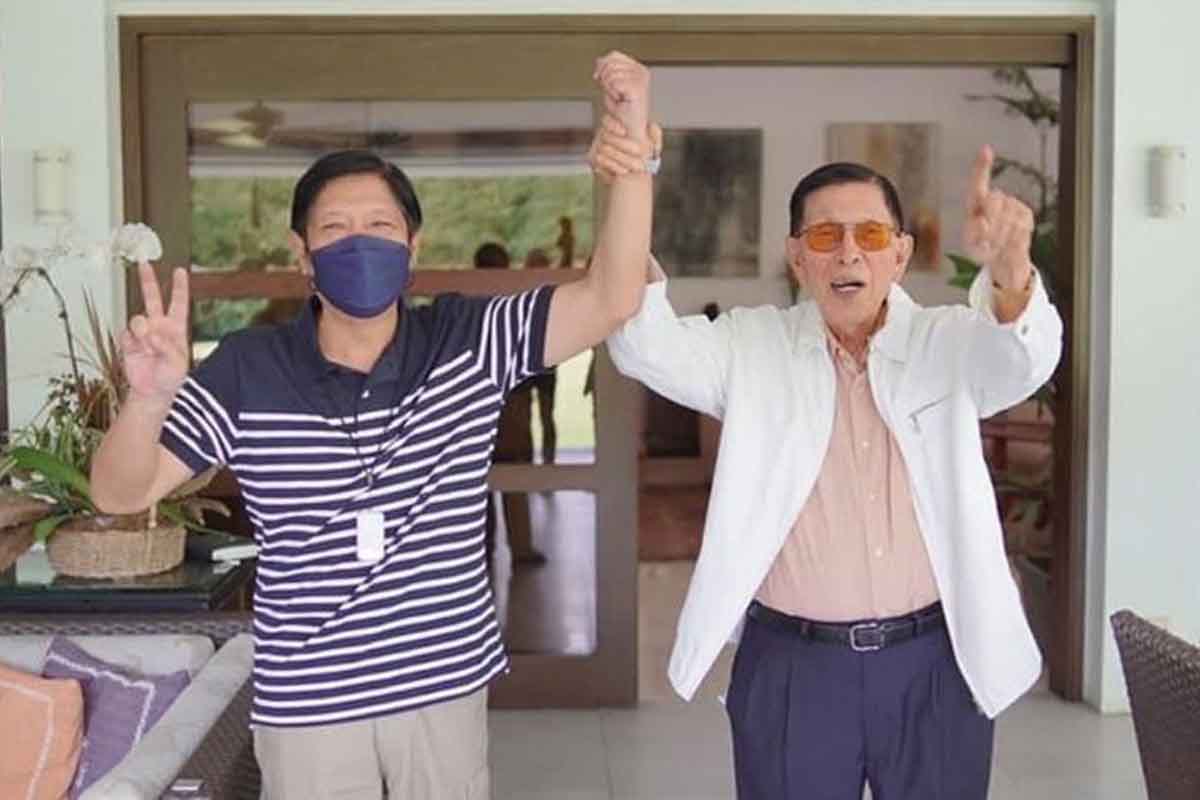 “Enrile, a staunch supporter of President-elect Marcos and Vice President-elect Inday Sara Duterte during the 2022 elections, reaffirmed his commitment to serve the country and ensure the success of the incoming Marcos administration,” Angeles said in a  statement.

Cruz-Angeles said Guevarra accepted his nomination when he met with the President-elect on Thursday, June 16.

Marcos Jr. won in the recent elections. He is set to take oath on June 30.