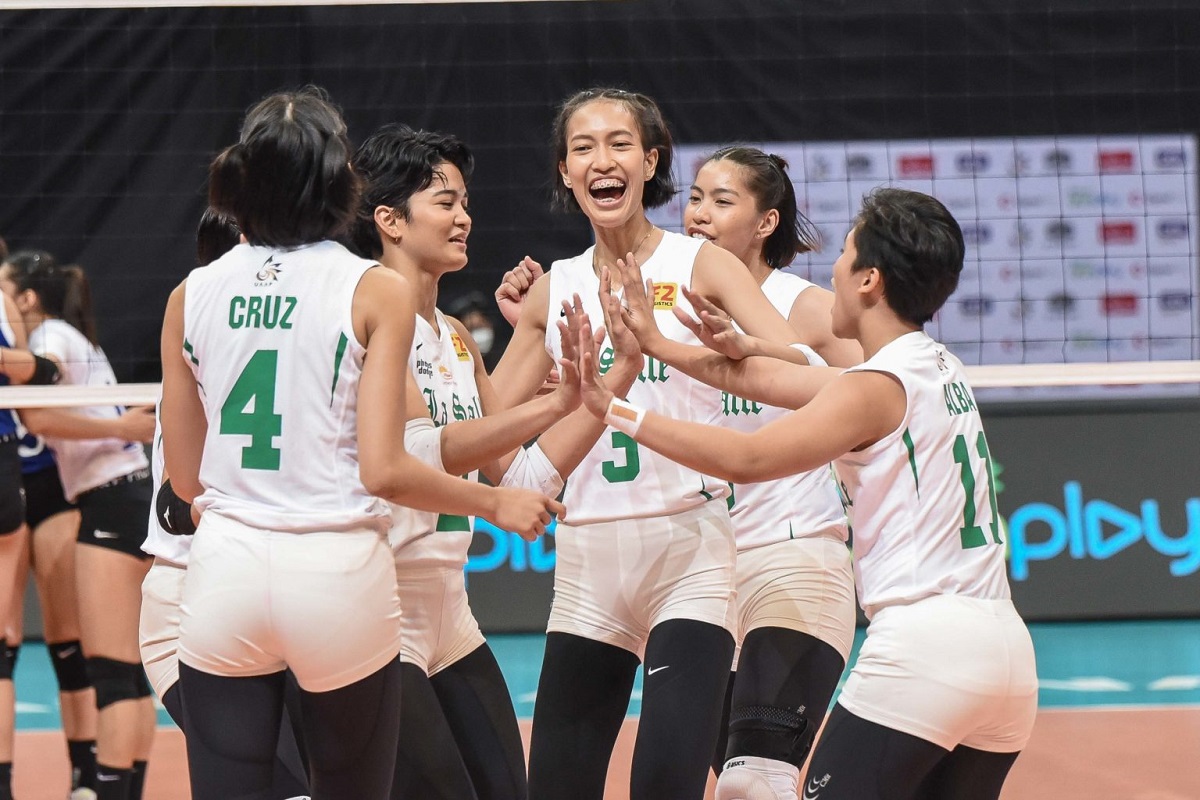 
La Salle enters the finals of UAAP women’s volleyball after whipping Ateneo in three straight sets, 25-19, 25-20, 25-23, Thursday at the Mall of Asia Arena.

It was all about the ball distribution, net and floor defense of the Lady Spikers that enabled them to outplay Ateneo in their step-ladder semis showdown.

“We were prepared to counter everything that Ateneo will give us,” La Salle assistant coach Benson Bocboc said. “From attack, to service to defense. And so far, everything we planned materialized.”

It was evident in the match that the Lady Spikers prepared well enough to counter and deny the number three team in attacking.

“Preparing for this game, we knew that Ateneo was coming from winning crucial games … so we prepared two times, maybe three times, as hard,” Bocboc added.

But it was not all about the time of preparation La Salle had to hold off the defending champions, rather, it was about the collaborative efforts of the players.

Ateneo fought tight in the late third set of the tournament, as Faith Nisperos made four straight points while Erika Raagas fired up in offense to force a 23-22 score. However, they still fell short 23-25 after dominating Alleilah Malaluan ended the match with a crosscourt hit.

Malaluan unloaded 16 markers to lead her team, as Thea Gagate and Jolina Dela Cruz helped with 13 points apiece. Setter Mars Alba tossed 19 excellent sets for the Lady Spikers, allowing her team to finally be back in the finals since 2018.

“We are very happy to win this one, we offer this to our seniors and our coaching staff,” said Malaluan. “This is the product of the one week of hard work we gave preparing for this game.”

The number two seed is set to battle against the undefeated NU Lady Bulldogs in the finals of the UAAP on Saturday, 5 PM, at the Mall of Asia Arena.