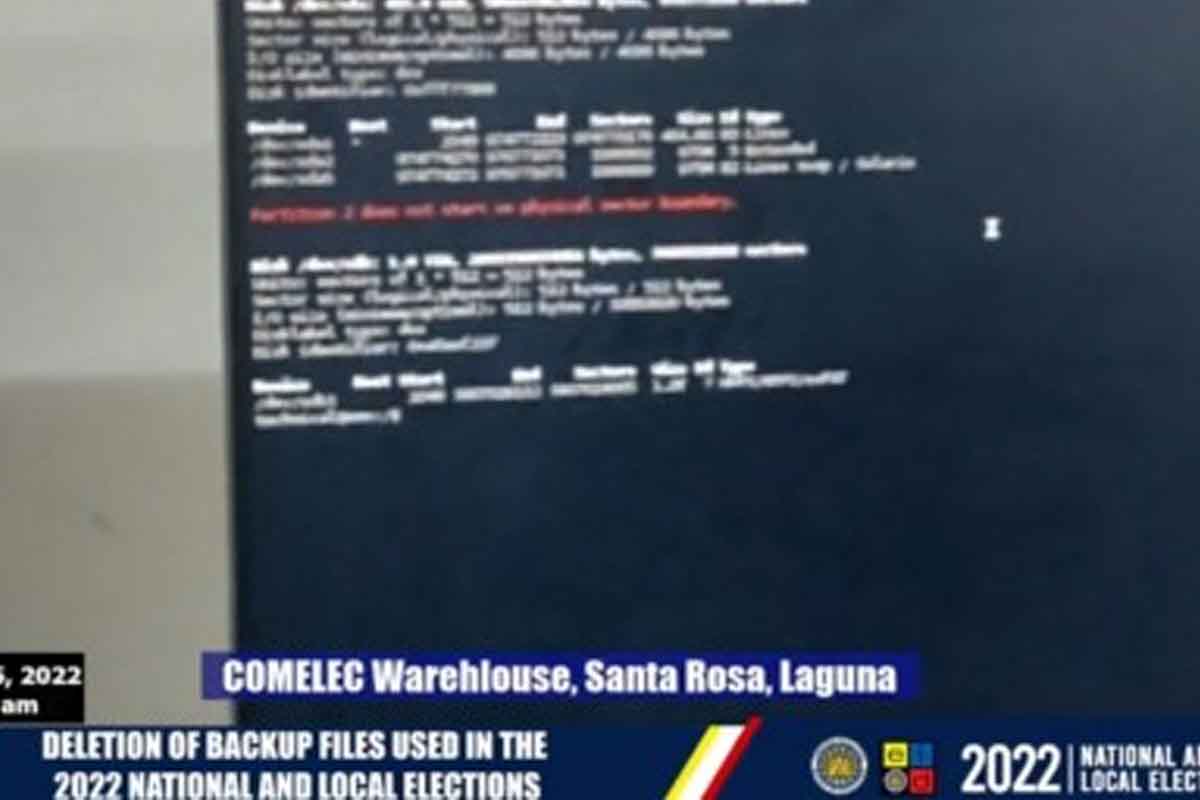 
The Commission on Elections (Comelec) on Wednesday deleted the backup files used in the recent national and local elections.

The agency earlier issued an advisory about the deletion. 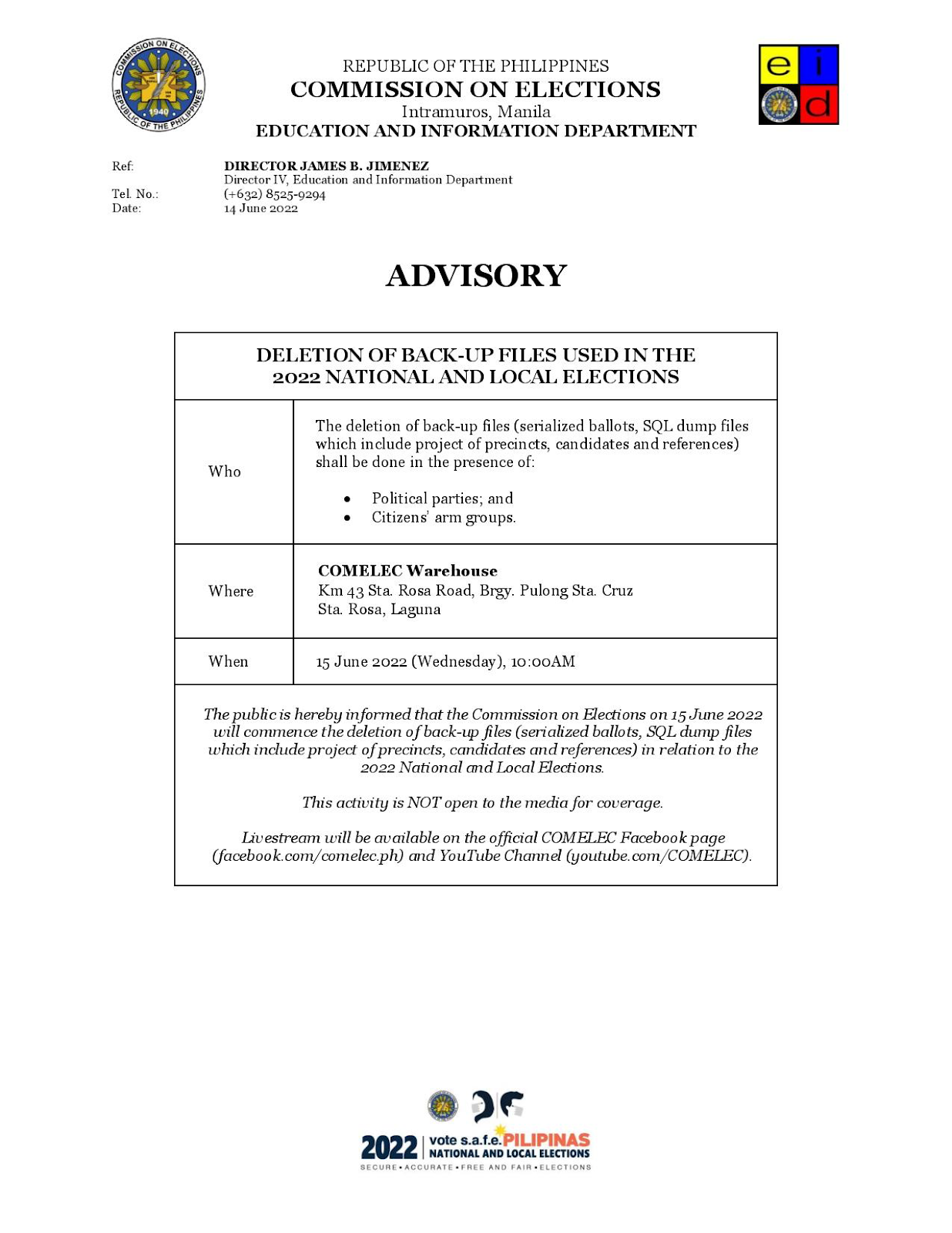 In a live stream, Comelec showed the process of erasing all contents of 3 portable hard drives stored in the memory configuration room in its warehouse in Santa Rosa, Laguna.

Among the data deleted were serialized ballots and SQL dump files.

In a statement, Acting Comelec spokesperson John Rex Laudiangco said the move aims to prevent the illegal use of the backup files.

“What we are actually deleting are the backup files contained in backup hard drives,” explained Laudiangco.

“We are preserving the data in the servers as a matter of protocol, in case it will be needed for election protests, as well as in case a precautionary protection order will be issued,” he added.

Last week, the poll body also deleted the ballot faces that were used for the elections from the servers of the National Printing Office (NPO).