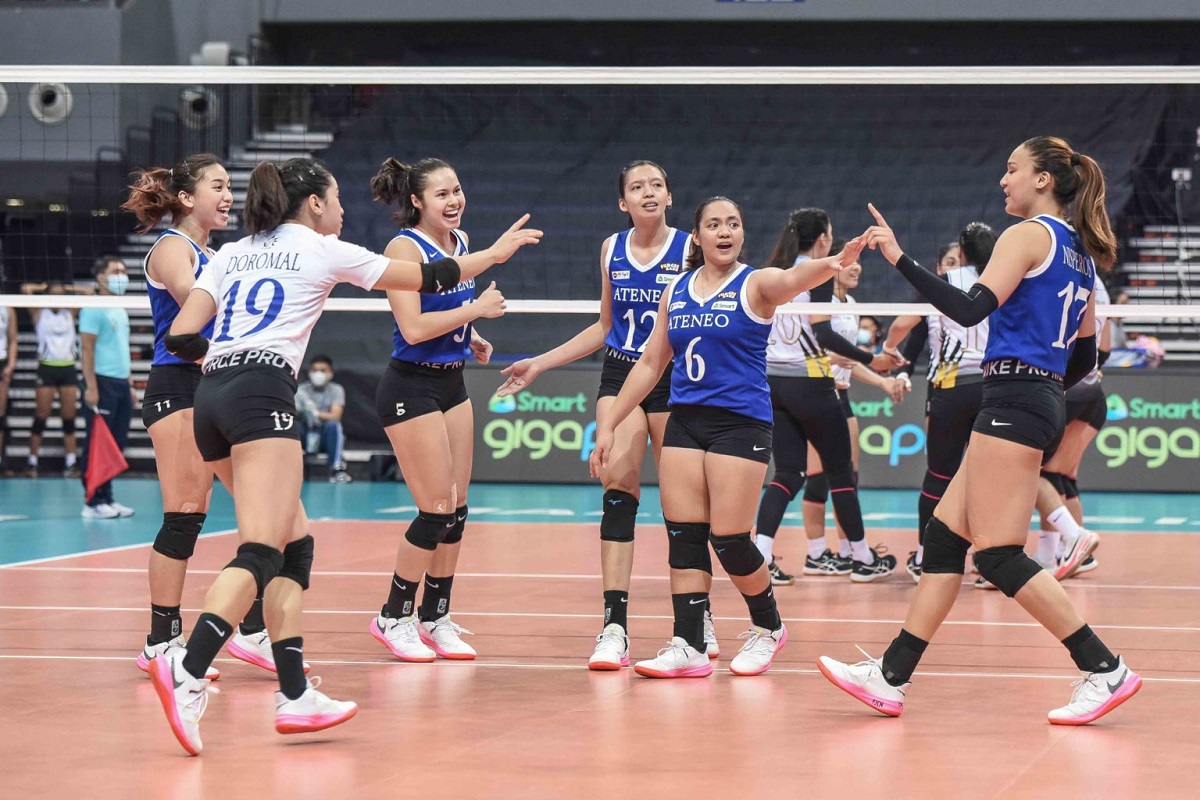 
The Ateneo Lady Eagles were able to oust UST Golden Tigresses in the tournament, 25-23, 25-23, 25-20, Tuesday in their knockout semis duel at the Mall of Asia Arena.

The defending champions were able to fight back and snatch the first two sets against the Tigresses, albeit being behind, 22-23, to upset UST. It was both their spectacular offense and net-defense that enabled the team to proceed in another step-ladder match against twice-to-beat La Salle.

“We just told ourselves, we needed to finish it strong … and rely on our fundamentals to do it right,” said Ateneo coach Oliver Almadro.

The Golden Tigresses tried to extend the match in the third set, but scrambled midway in the set as top-gun Faith Nisperos of Ateneo heated up to make her team six match points away from the Tigresses.

“It’s really a team effort, especially in the endgame. I couldn’t do this without my teammates,” said Nisperos, who ended the game with a down-the-line hit. “It was a matter of finishing it right and, of course, we keep repeating to ourselves: faith, trust, courage,” she added.

The Lady Eagles were able to enter the final four after a fearless victory over the “Battle of the Birds” against Adamson on Saturday.

Eya Laure of UST on the other hand, had to think about her future with UST, after their heartbreaking exit in the tournament.

The defending champions are now preparing to fight against the twice-to-beat La Salle Lady Spikers on Thursday, 6:30 PM, still at the Mall of Asia Arena.

Meanwhile, NU Lady Bulldogs still await in the finals, as the rivals face each other in another anticipated match.