NCAA Volleyball: JRU topples Letran for a winning start in the tournament 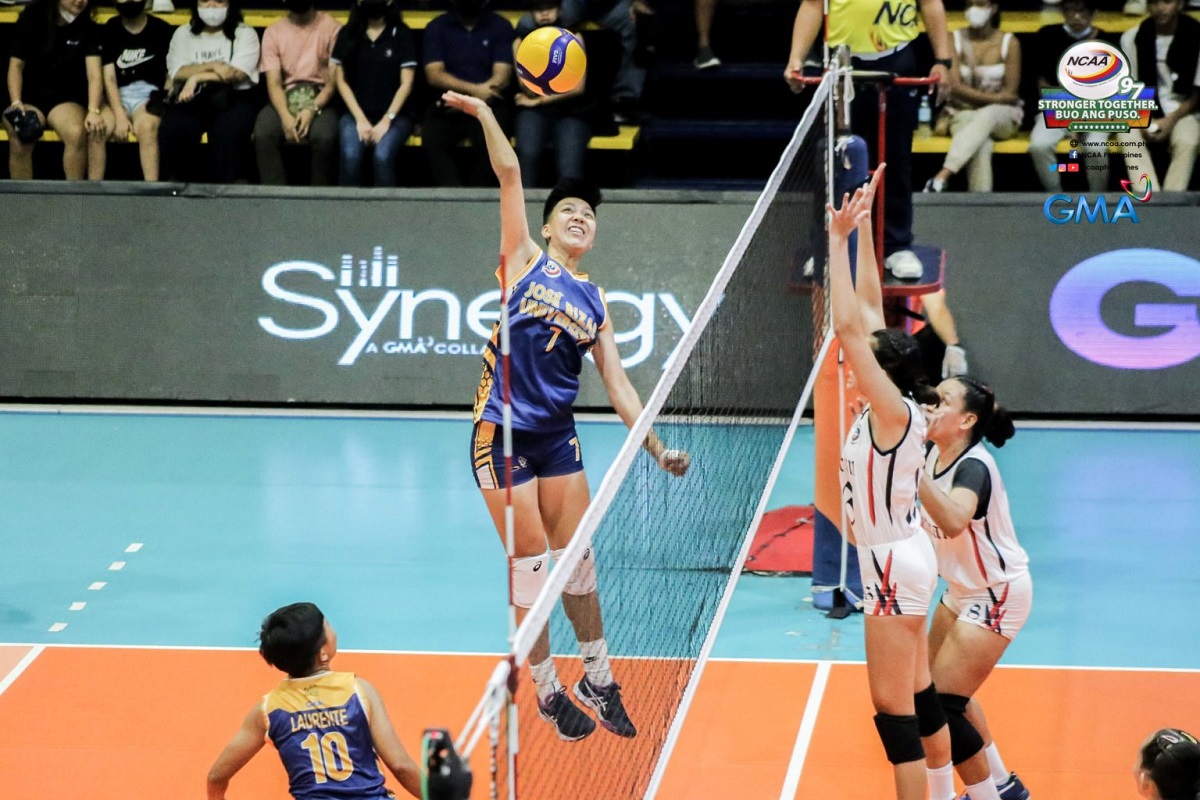 JRU Lady Bombers were able to claim the victory from collective efforts of Sydney Riegos with 11 points in 3 blocks, Renesa Melgar with 10 points and 13 digs, and Dolly Verzosa contributing 9 markers.

Letran Lady Knights’ Shereena Urmeneta took charge for her team with 13 points, while Cha Cuñada made a 12-point effort. But still, it was not enough for the Lady Knights, as they scrambled in the second and the following sets.

The Lady Bombers stepped up good enough to come back from a huge first-set defeat, as they became calm and collected to finish the two-hour long match. It was Verzosa who took the lead for JRU in the latter part of the second set, making a 16-12 lead over Letran, and finishing them off in the following sets.

With the team’s newly added libero and a talented setter for defense and setting department respectively, the Lady Bombers hope to do well as the tournament continues.