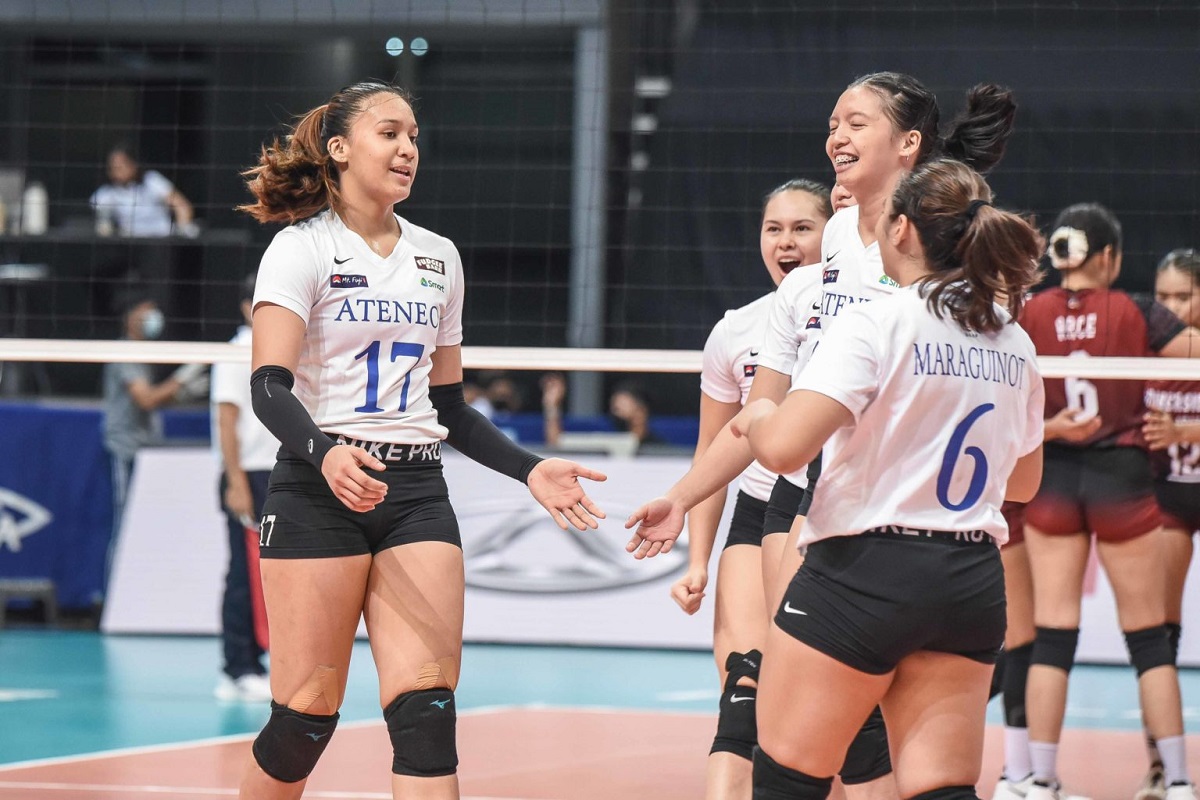 
Ateneo Lady Eagles are still in their journey to the final four after holding off University of the Philippines Thursday night at the Mall of Asia Arena.

It was the Lady Eagles’ 8th win in their 14 matches with 6 losses, placing them at the fifth spot of the team standings alongside Adamson Lady Falcons with an identical 8-6 card.

The Lady Eagles got through their scramble in the beginning of the match against the all-out Lady Maroons, enabling them to claim the victory as they prepare for their next match. The match shall dictate whether the ladies in blue will enter the final four or leave the tournament.

“UP came prepared pa rin for today. Although they were out of contention, they played their hearts out. They are talented, they prepared well, they played well. They really challenged us,” Ateneo coach Oliver Almadro said.

Ateneo’s top-gun, Faith Nisperos, finished in the game with 19 points on 16 attacks, two blocks, and an ace while rookie AC Miner recorded 17 markers on a season-high eight blocks.

The do-or-die Ateneo vs. Adamson match will happen on June 11, Saturday, 5pm, at the Mall of Asia Arena.

The Lady Maroons walked out from the tournament with a record of 5-9.