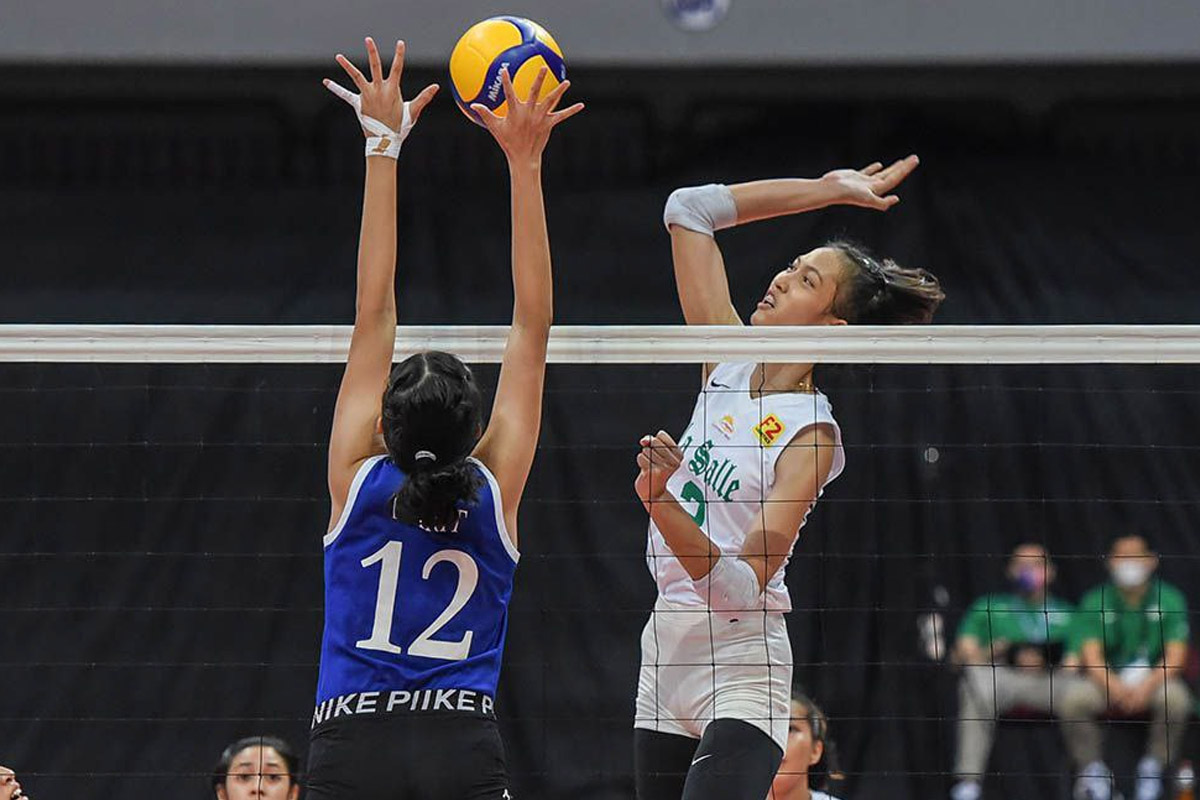 
The DLSU Lady Spikers surpassed Ateneo Lady Eagles Tuesday night at the Mall of Asia Arena, earning a twice-to-beat advantage in the final four of the UAAP women’s volleyball tournament.

DLSU’s top guns, super rookie Leiah Malaluan and veteran spiker Jolina dela Cruz, led their team to a superb victory over the defending champions. Baby Jyne Soreño, once a libero and now a spiker, also performed well in the match.

Soreño and Malaluan contributed an identical score of 17 points, while dela Cruz scored 14 markers with 15 excellent receptions. Mars Alba, Lady Spikers’ setter, was able to set up some good attacks for the team as she recorded 22 excellent sets.

“We just tried to help one another prove to each other that we can beat Ateneo, that's why we played that way,” said Baby Jyne Soreño.

“It’s teamwork,” added senior player Jolina dela Cruz. “It’s not a result of just one player doing everything. Every one of us proved that we can produce points.”

Benson Bocboc, La Salle assistant coach, said they had a simple message that the team had to want the victory more in order to get it. “Thankfully, the players really wanted to win, and they responded well,” he said.

The Lady Spikers are now at the number 2 spot, with a strong record of 10 wins and 3 losses.

Ateneo’s Faith Nisperos made a very huge effort for the Lady Eagles after recording 29 big points for her team, along with middle blocker Erika Raagas with 17 markers, and Vanie Gandler with 10.

The Lady Eagles’ journey to the final four depends on the result of the Battle of Katipunan against UP Lady Maroons, June 9, Thursday, 6:30 pm at the Mall of Asia Arena.