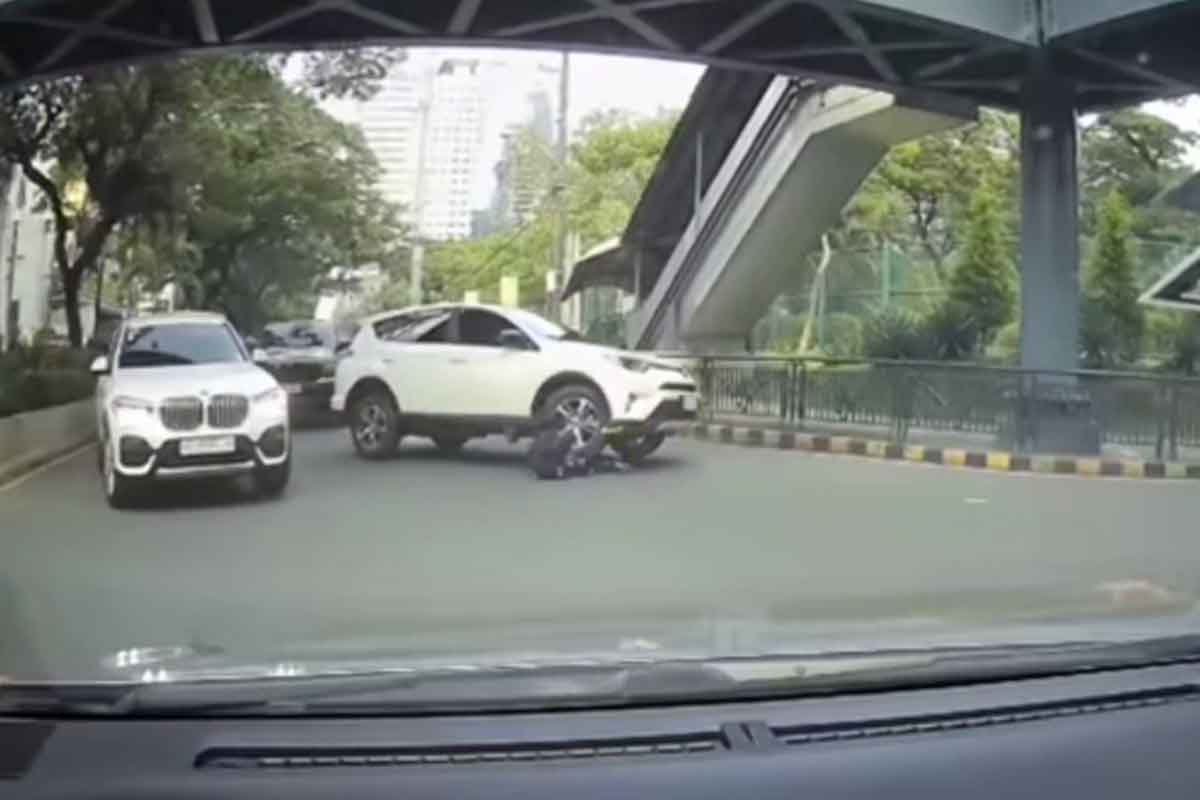 
The driver of the sports utility vehicle (SUV) in the hit-and-run incident involving a security guard rendering traffic management duty in Mandaluyong City may face charges, from reckless imprudence resulting in physical injuries as an initial charge to possible frustrated murder, authorities said.

In an interview with Net25’s Mata ng Agila, PCol. Unos identified the owner of the Toyota RAV 4×2 with plate number NCO 3781 as Jose Antonio Balmonte San Vicente. It is still unknown whether he was also the driver of the vehicle when the incident happened.

On Monday, the Land Transportation Office (LTO) issued a show-cause order against the owner.

“The assigned driver is further directed to submit a written COMMENT/EXPLANATION thereon to show cause why he should not be administratively charged for Reckless Driving (Sec. 48 of R.A. 4136), Duty of driver in case of accident (Sec. 55 of R.A. 4136) and why his driver’s license should not be suspended or revoked,” the show-cause order read.

The hearing is set today, June 7.