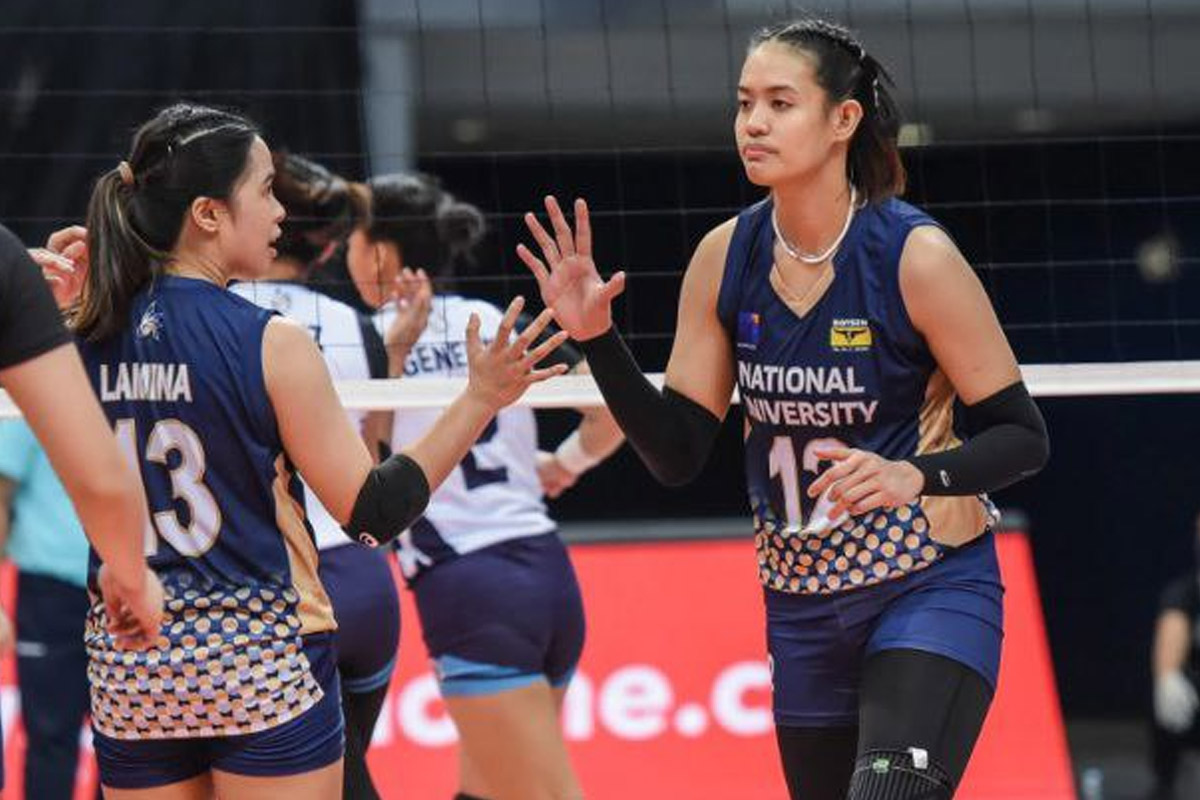 
NU Lady Bulldogs remain at the top spot of the UAAP Women’s Volleyball tournament after getting its’ 11th win against AdU Lady Falcons Thursday at the Mall of Asia Arena.

Alyssa Solomon led the Lady Bulldogs with a commanding record of 20 points on 17 attacks and 3 aces. Mhicaela Belen totaled 18 points with 11 excellent receptions, while Princess Robles made 12 markers.

Although the Lady Falcons made a statement in the third set— as they scored 25-13 against the number one team—NU cut the hurdle in the fourth set, closing the match 3-1.

Dimaculangan admitted that it was a “test of maturity and character” for his squad after scrambling in the game’s third set.

“We are looking forward to the Final Four or how far we could reach this season,” NU Coach Karl Dimaculangan said. “But we first need to learn to play without looking at the standings too much.”

It is a challenge for the current rulers of the tournament to refrain from looking at the standings and scoreboards, more so as they remain unbeaten for the 11th time in the elimination rounds.

The Lady Bulldogs, who sit at the top seed, gave AdU Lady Falcons their fifth loss, making their record 6-5 along with Ateneo, both at the number four spot in the standings.