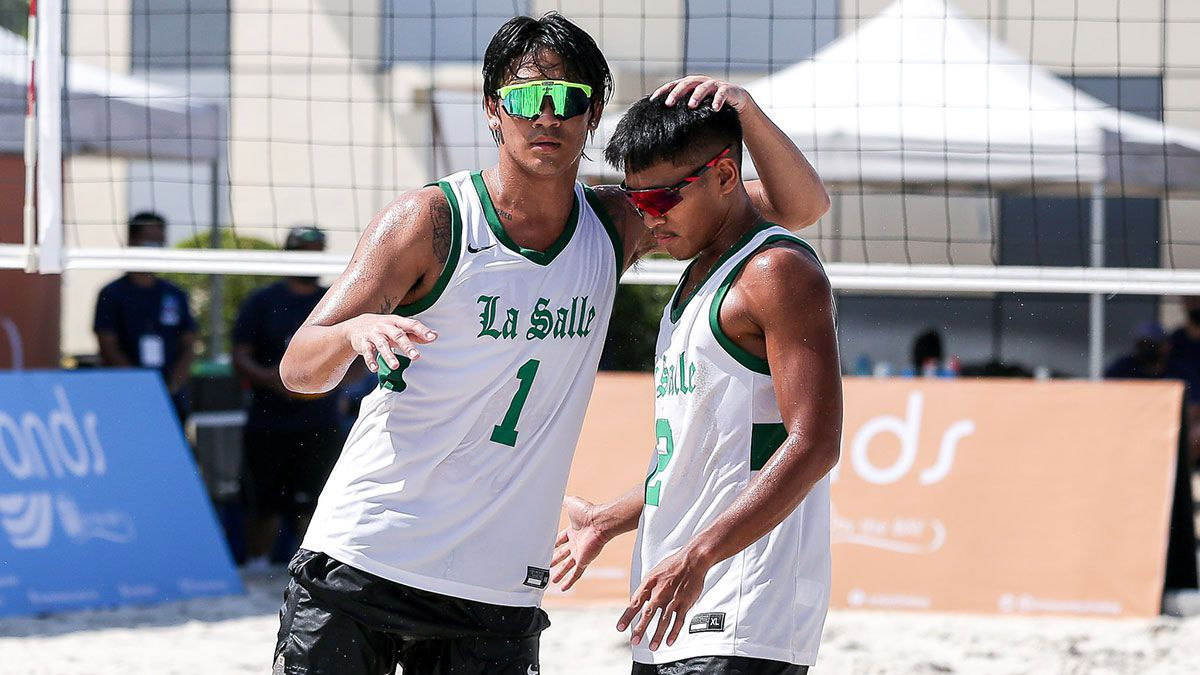 DLSU Green Spikers Vince Maglinao and Noel Kampton swept Ned Pacquing and Francis Casas of Adamson University in a safe record of 21-14 in the first set, and 21-13 in the second set. They are the first team to enter the final four with a clean standing of 4 wins and a single loss, far from their 2 wins in the last season back in 2019.

“To be honest, we didn’t expect to have this standing. Our goal is to stay focused and execute the game plan of our coaches,” said Kampton, a product of University of Perpetual Help high school.

Defending champion UST and Season 82 bronze medalist NU joined La Salle in the Final Four with a clean victory in their previous matches, all of the three schools finishing with similar records of 4 wins and a single loss.

Meanwhile, University of the Philippines (UP) Maroons Louis Gamban and Dan Nicolas are still in high-hopes of joining the top three teams to be able to stay in the tournament, as they made a victory over Ateneo’s Amil Pacinio and Abai Llenos in two sets, 21-15, 21-14, to finish a three-match skid and establish a record of 2 wins and 3 losses.

Ateneo Blue Eagles ended their campaign in the tournament as they failed to win a single match on Sunday, finishing with a record of 3-3.

FEU Tamaraws Vincent Nadera, Martin Bugaoan, and Jelord Talisayan, gave up their hopes in the final with a short record of 1-4.

Adamson Falcons also bid farewell in the beach volleyball tournament as they dealt with a record of 0-5.