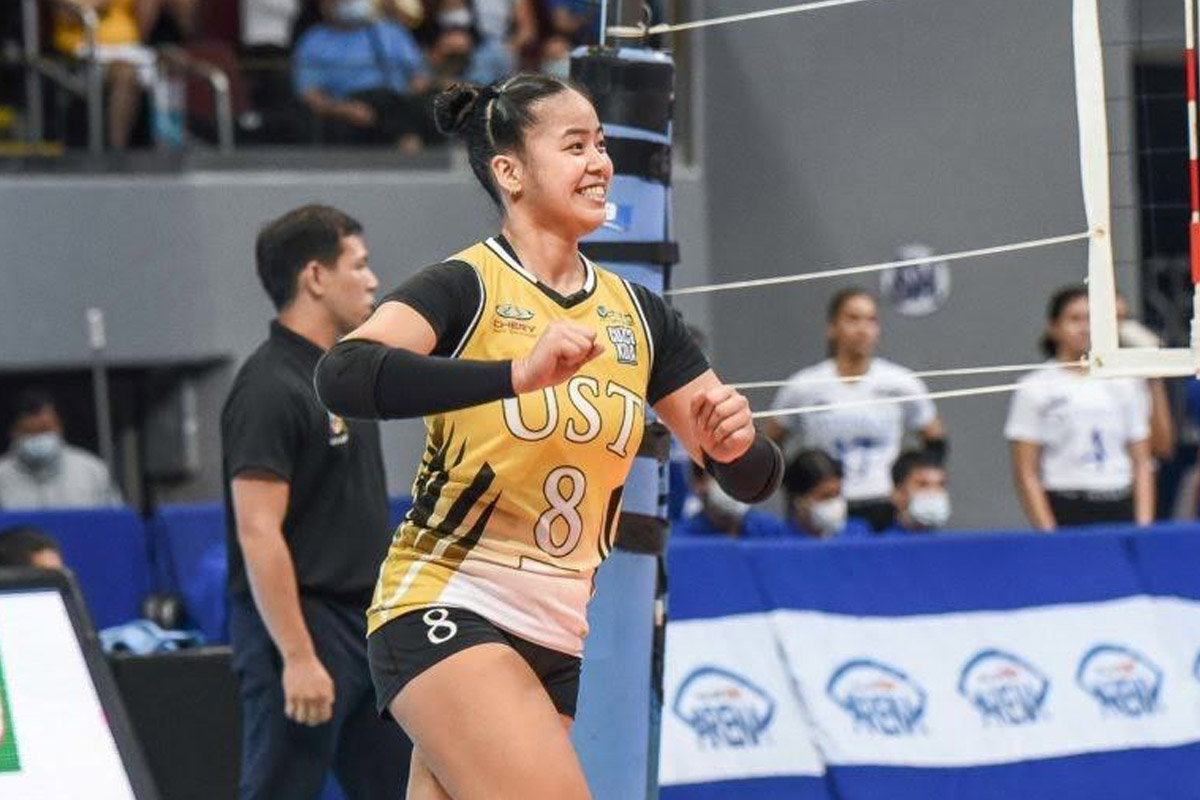 Laure ranked first in the scoresheet after seven matches with a dominating record of 160 points with 143 attacks, 11 blocks, and six service aces. Her team currently ranks second in the standings with a record of 5 wins and 2 losses, being National University (NU) on top with a strong 7-0 record.

After the first of the competition, the 23-year-old tigress ranked fourth in attacking with a significant 34.29 success rate. She also placed 10th in terms of blocking as she recorded 11 kill blocks while being sixth in digging with a record 78 digs. On average, the UAAP Season 82 Rookie of the Year currently has 0.39 blocks and 2.79 digs per set.

Ateneo’s Faith Nisperos comes second in scoring with a close record of 127 points, followed by La Salle’s rookie Leiah Malaluan with 109 points, University of the East’s Ja Lana with 102, and National University’s Bella Belen with a record of 97 to complete the top five leading scorers.

Meanwhile, NU’s dominating trio Princess Robles, Mhicaela Belen, and Alyssa Solomon ruled the spiking category after the first round with Robles ranking first with a 38.64 success rate, Belen at second with a close 38.05 success rate, and Solomon at third with 36.52.

The second round of the UAAP Women's Volleyball Seniors Division starts today, May 26, as UST faces Adamson University (AdU), followed by UP vs. UE at 12:30pm, Ateneo and FEU clash at 4:00pm, and DLSU vs. NU at 6:30pm.