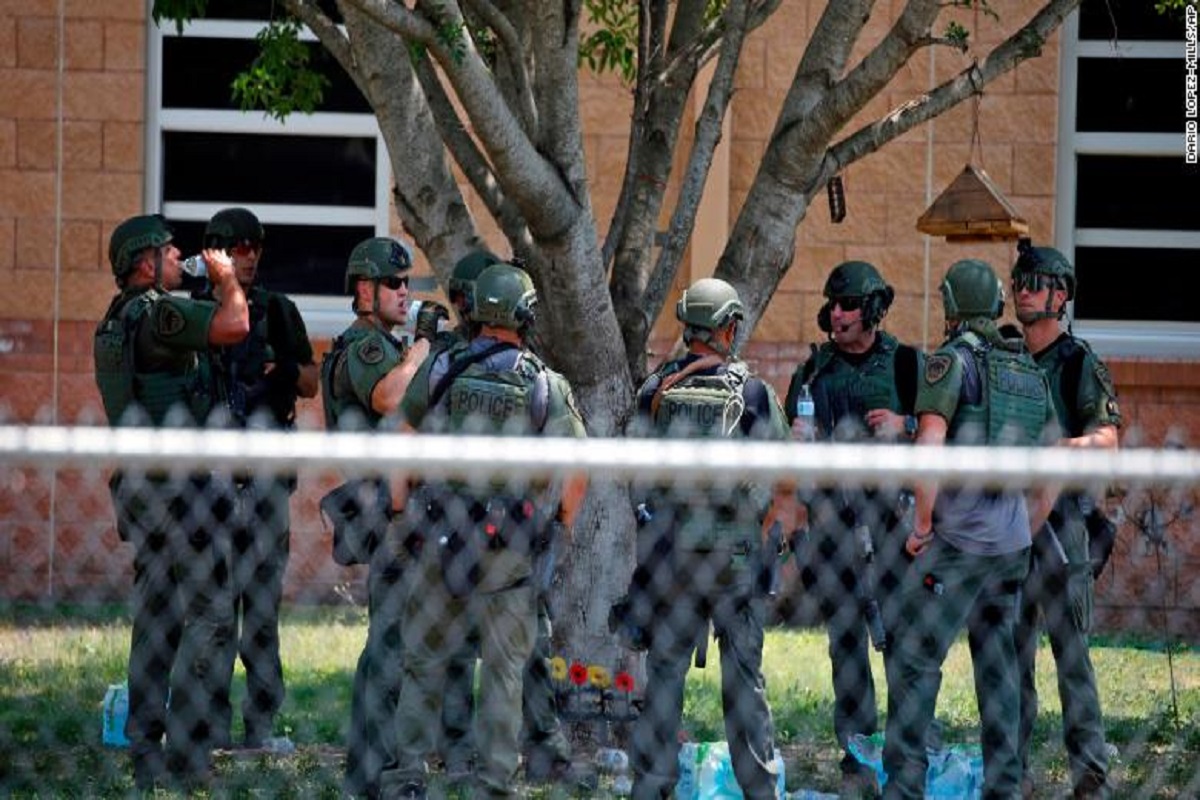 
A gunman in Uvalde, Texas has killed 18 students and a teacher at Robb Elementary School, Texas, about 90 miles west of San Antonio, according to the Texas Department of Public Safety.

It is believed that it was around 12 noon when the shooting started inside the school.

Officials stated that the gunman performed the incomprehensible action alone.

The shooter was identified as Salvador Ramos, an 18-year-old male who resided in Uvalde.

Witnesses told reporters that they saw a caravan of law enforcement vehicles showing up at the school, including border patrol agents, Texas state troopers, as well as local officers who were believed to be near the place of the incident when the shooting took place.

Abbott further said Ramos abandoned his vehicle and entered into the school with a handgun and an alleged assault rifle.

Furthermore, according to law enforcement sources, Ramos allegedly shot his grandmother before going to the elementary school.

Many of the victims were rushed and transported into hospitals near Uvalde and San Antonio as well.

Meanwhile, the Federal Bureau of Investigation (FBI), along with the Bureau of Alcohol, Tobacco, Firearms and Explosives (ATF) are now in coordination with the local police to further investigate the horrible incident.