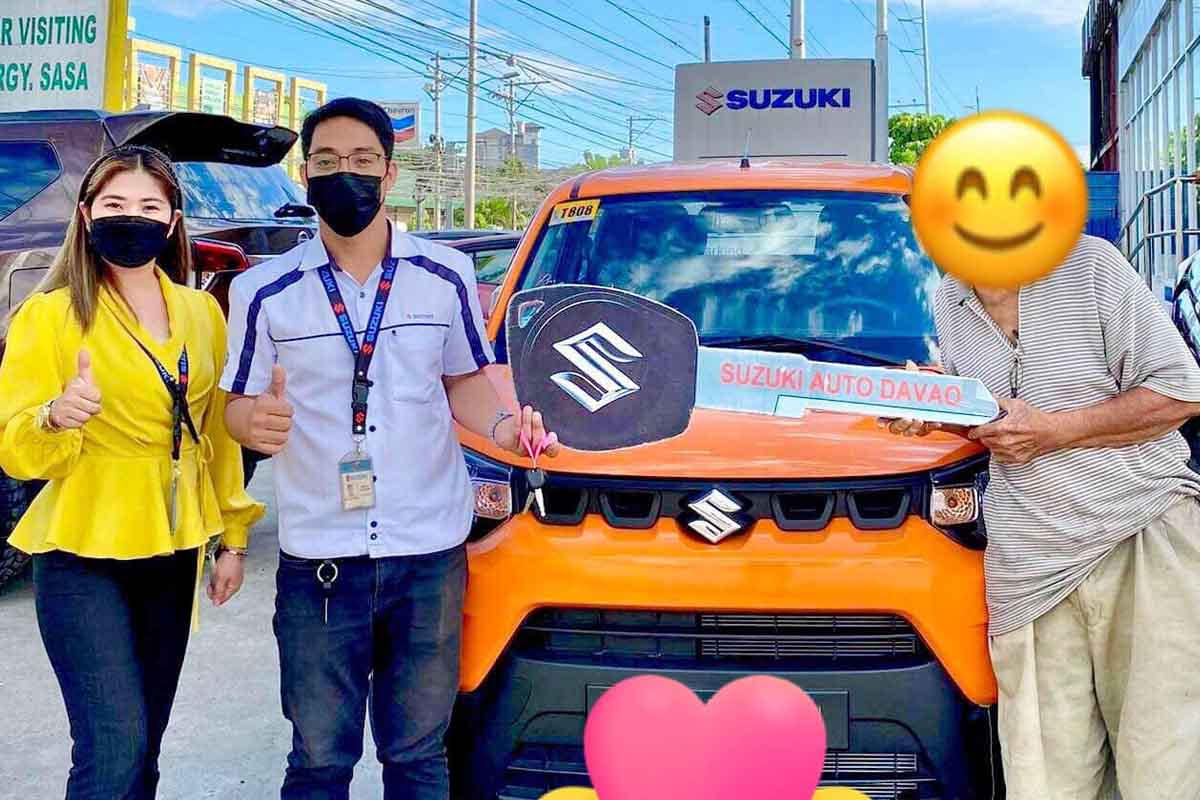 These are the lessons learned by car Sales Executive Love Alejandria-Dorego in an encounter with a customer, Tatay Manuel.

In a Facebook post, Alejandria-Dorego shared a photo with Tatay Manuel behind his brand-new car which he paid in cash for P593,000.

But before Tatay Manuel, a former teacher, went to their automobile store in Lanang, Davao City, Alejandria-Dorego said he was denied entry to a car showroom “maybe because of his outward appearance.”

The sales executive said Tatay Manuel was wearing very old and stained clothes, dilapidated and holed shoes, and a dirty mask when he showed up at their store.

“He walked into our Showroom at Lanang but we didn’t hesitate to let him in and entertained him, asking what unit he [wanted] to inquire about, he said he wants to buy a unit. After presenting our displayed cars he decided to buy the S-presso,” she narrated. “He said he’ll pay it in cash, but he will go back the next day because he didn't bring his money with him being afraid to bring the cash while riding a bus and a jeepney.”

“Indeed, the next day he came back and my Sales Executive Michael accompanied him at home to get the full payment using the car of our branch head Sir Donnie,” she added.

Tatay Manuel’s car was released the next day, and since he’s still relearning how to drive the car, a sales executive drove his unit to his home.

The sharer also said Tatay Manuel doesn’t have a family.