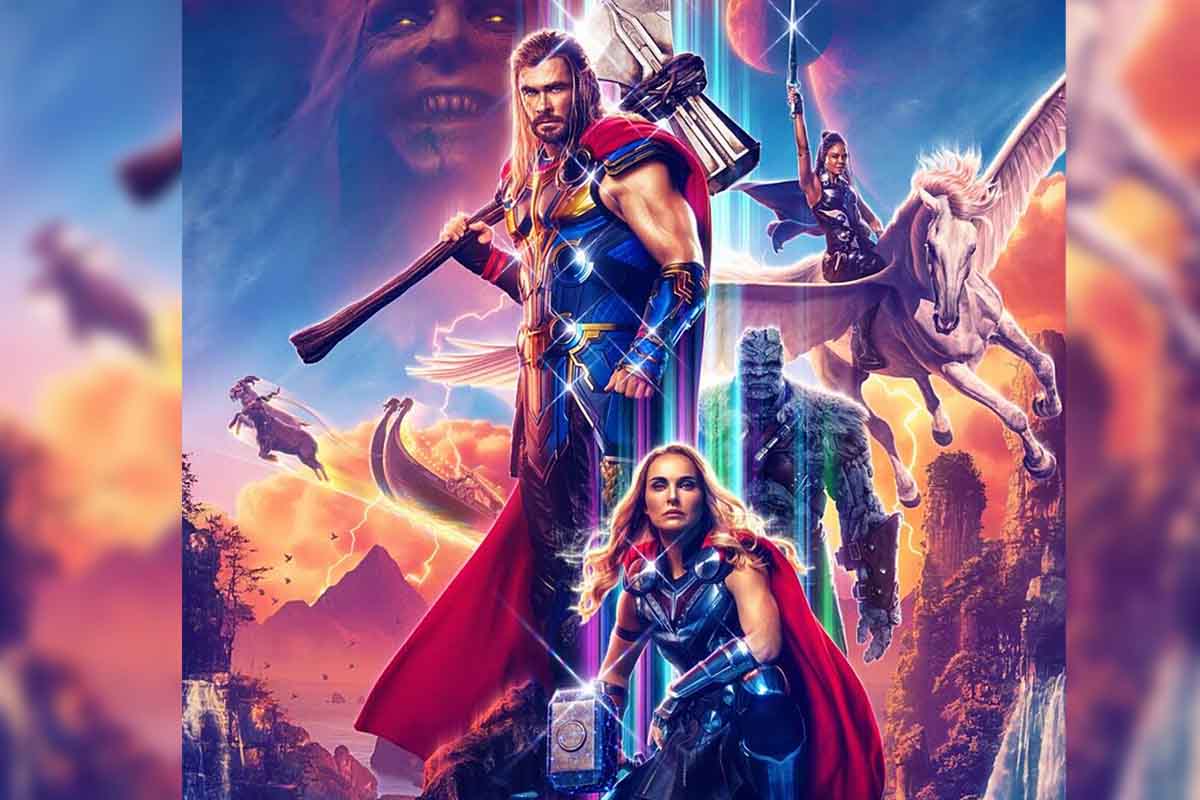 The full official trailer for Marvel Studios' ‘Thor: Love and Thunder’ has arrived giving us a glimpse of the God of Thunder’s (Chris Hemsworth) latest adventure, from his fitness journey to facing the newest bad guy, Gorr the God Butcher (Chirstian Bale).

The latest installment to the Thor movie franchise shows the Space Viking on a journey unlike anything he’s ever faced— a quest for self-discovery as he suffers a mid-life crisis.

While traveling with the Guardians of the Galaxy, he encounters a galactic killer who seeks the extinction of the gods. And so Thor calls up King Valkyrie (Tessa Thompson), Korg (Taika Waititi), and ex-girlfriend Jane Foster (Natalie Portman) for help.

In the trailer, to Thor’s surprise, Jane Foster wields Mjolnir and assumes the mantle of Mighty Thor.

Taika Waititi returns to direct Love and Thunder. With its release, Hemsworth becomes the first Marvel actor to topline a fourth solo film.

Watch the trailer below: