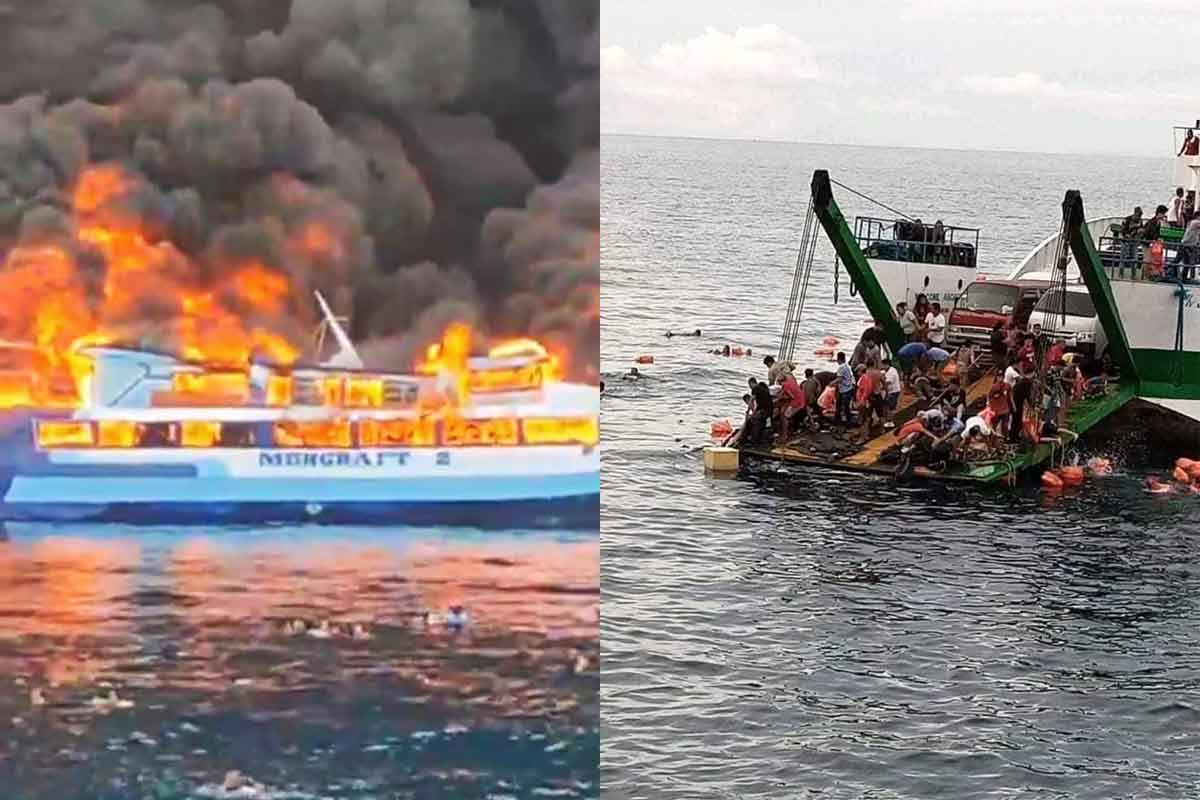 
A RoRo vessel carrying 124 passengers caught fire near Port of Real Monday, May 23.

The Philippine Coast Guard said the vessel left Polillio Island at 5 AM and was bound to Real, Quezon when the incident happened.

Six passengers were rescued and is now being treated in the nearest hospital.

Search and rescue (SAR) operation is still ongoing according to coast guard.

Seven, five women and two men, were confirmed dead while 105 survivors were rescued from the vessel which caught fire.

SAR continues as of writing.

UPDATE: According to the incident report by PCG on Facebook, there were 126 passengers and eight crew members on board the MV MERCRAFT 2, a fast craft vessel, that caught fire early Monday morning.

The RoRo has been towed to Baluti Island, Barangay Cawayan, Real, Quezon.