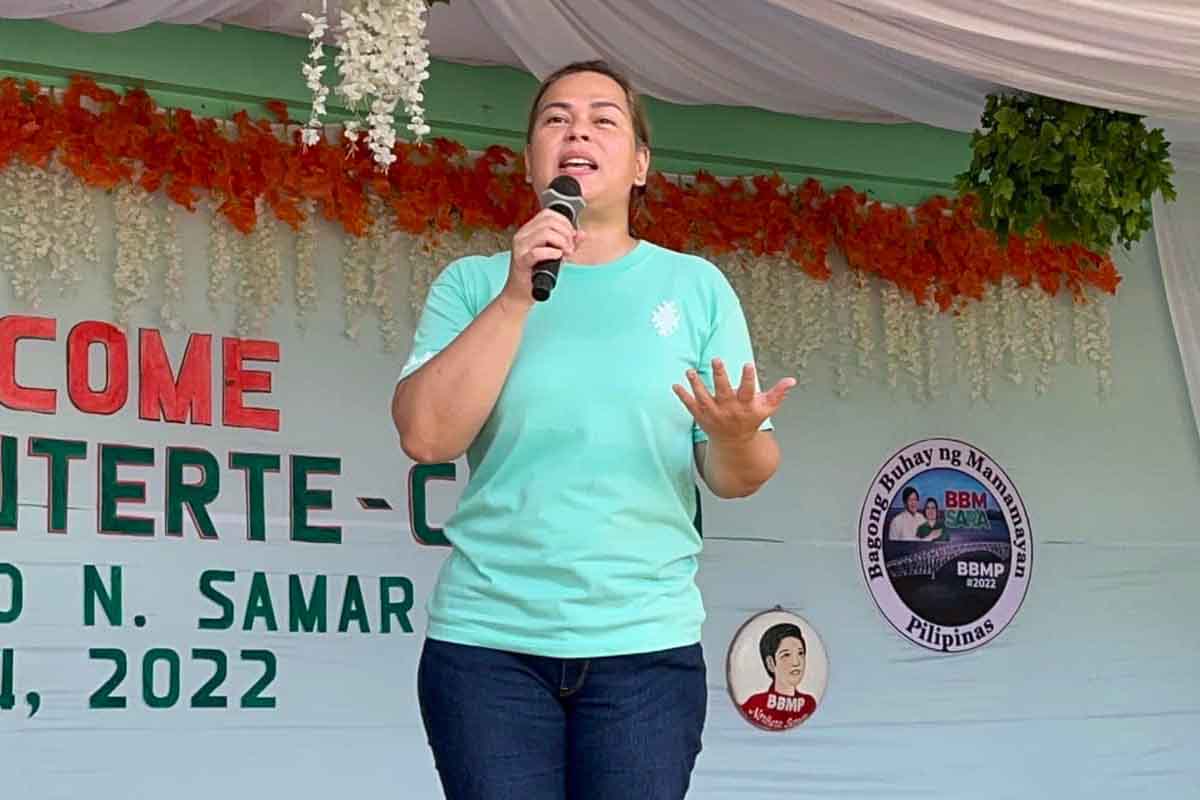 
Presumptive Vice President Inday Sara Duterte-Carpio is eyeing to hold her inauguration in Davao City on June 19, days ahead of the traditional June 30 schedule.

The Davao City Mayor said she wanted her inauguration to be held on June 19 so she could attend her running mate and presumptive President Ferdinand “Bongbong” Marcos Jr.'s oathtaking ceremony.

She also wants it to be held in Davao so Dabawenyos can witness her take her oath as vice president.

“While waiting for the proclamation, I already pencilled in June 19 as the inauguration date in Davao City. The Dabawenyos’ patience made me the public servant that I am today, it is only fitting to honor them the opportunity to witness the oathtaking,” Duterte-Carpio said in a statement.

“It will be conducted earlier than the traditional June 30 event because I also want to attend the oathtaking of President Marcos,” she added.

The 1987 Constitution states that the president and the vice president of the Philippines “shall be elected by direct vote of the people for a term of six years which shall begin at noon on the thirtieth day of June next following the day of the election and shall end at noon of the same date six years thereafter.”

Duterte-Carpio led the May 9, 2022 vice presidential race with over 31.5 million votes.