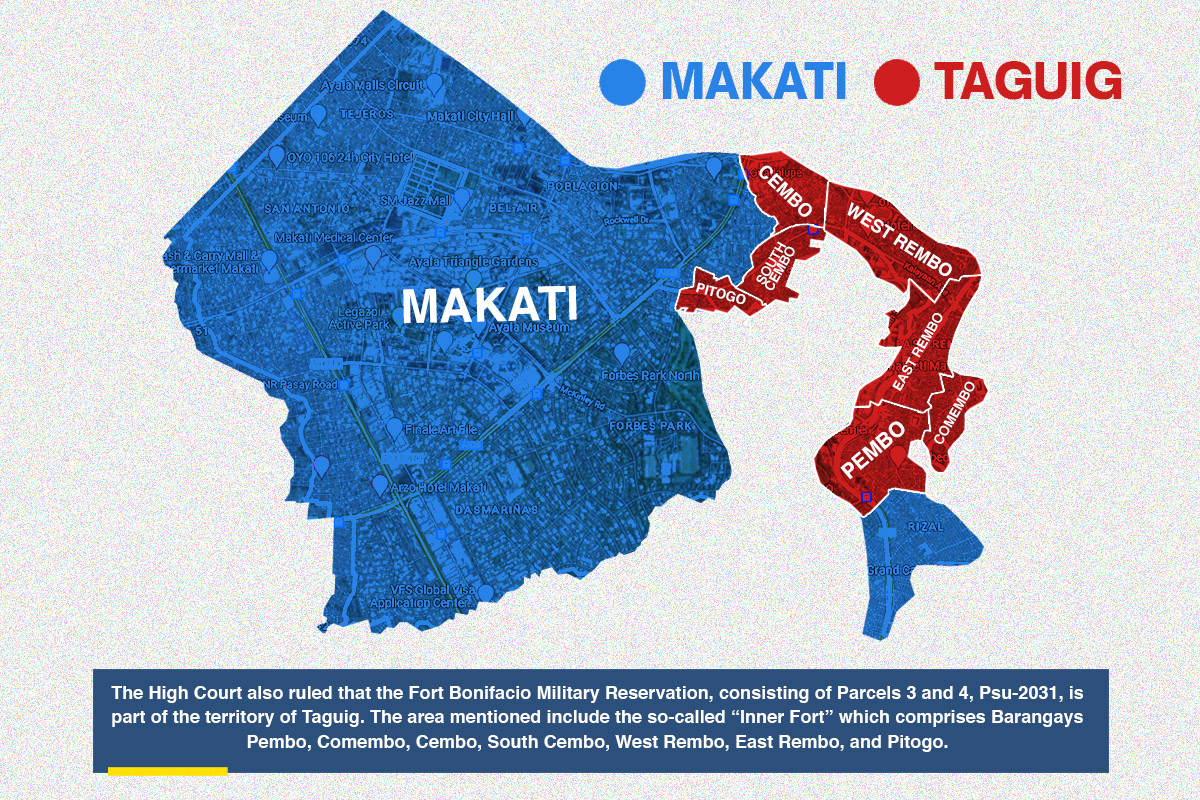 
The 729-hectare Bonifacio Global City, along with some barangays in Makati City, belong to Taguig, according to the Supreme Court, affirming the July 2011 decision of the Pasig Regional Trial Court.

“Clearly, the greater weight of evidence, consisting in contemporaneous acts of lawful authorities, favor the position of Taguig,” the SC’s Third Division said in a 53-page decision promulgated on December 1, 2021 and made public on Wednesday, April 27.

The High Court also ruled that the Fort Bonifacio Military Reservation, consisting of Parcels 3 and 4, Psu-2031, is part of the territory of Taguig. The area mentioned include the so-called “Inner Fort” which comprises Barangays Pembo, Comembo, Cembo, South Cembo, West Rembo, East Rembo, and Pitogo.

The writ of preliminary injunction issued on August 2, 1994 by the Pasig RTC enjoining the Makati City government “from exercising jurisdiction over, making improvements on, or otherwise treating as part of its territory” the aforementioned areas was also made permanent by the Court.

Moreover, the high tribunal also ordered the city of Makati to pay the costs of the suit.