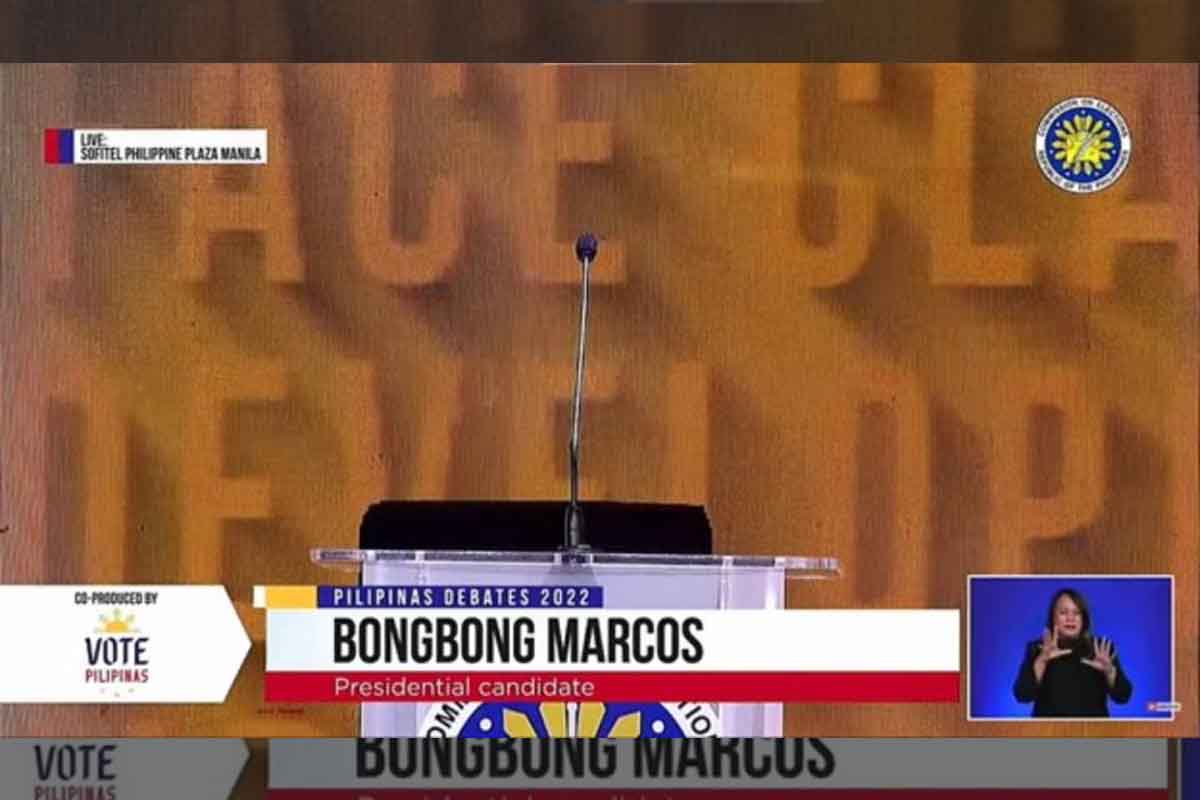 “With less than two weeks before the May 9 elections, frontrunner Ferdinand 'Bongbong' Marcos, Jr. has decided to forego his participation in the Comelec's presidential panel interview which was scheduled on May 1, 2022,” Atty. Victor Rodriguez, Marcos Jr.’s spokesman, said in a statement.

In confirming his boss’s non-participation to the Comelec-sanctioned interview, Rodriguez said Marcos Jr. has opted to attend campaign events instead.

“He opted, however, to conclude the entire 90-day campaign period with visits to his supporters and compliances with previous commitments for political events, like town hall meetings and political rallies,” the Chief of Staff said.

“Marcos Jr. extends his appreciation to the poll body for its gracious invitation, as he acknowledges the importance of joining in such an important event,” he added.

From debates to interview

Weeks before the May 9 polls, Comelec has shifted from Presidential and Vice Presidential Town Hall Debates to a single candidate/team – panel interview format.

Comelec said the decision to change the format of the PiliPinas Debates 2022 is in consideration of the inevitable scheduling conflicts of the candidates. 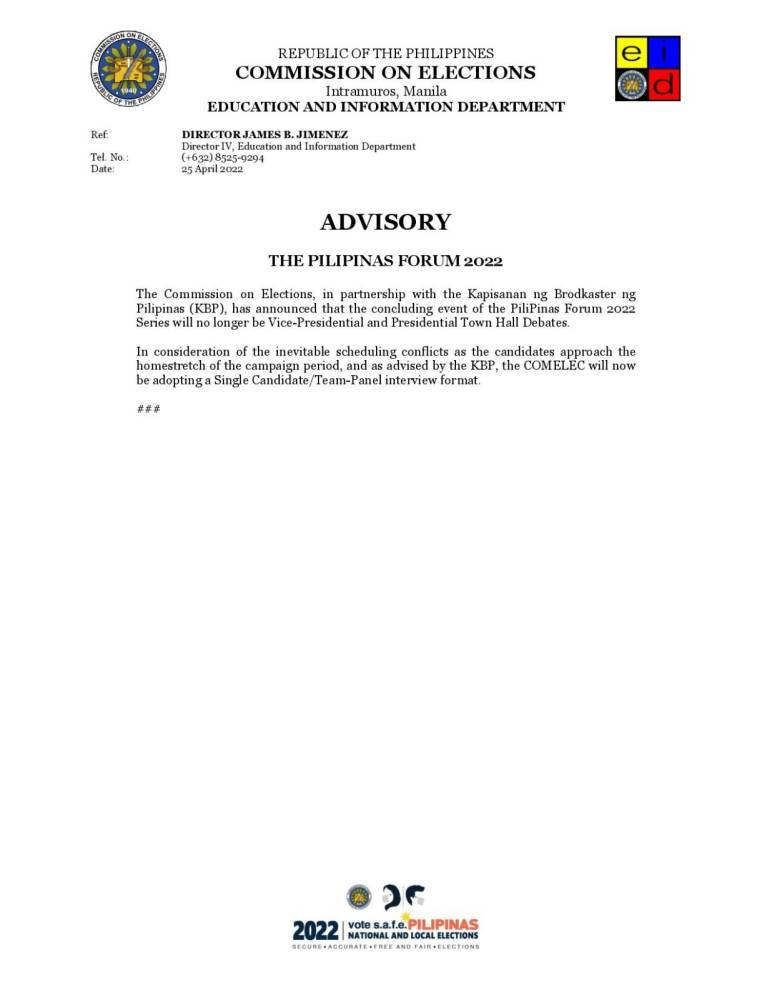