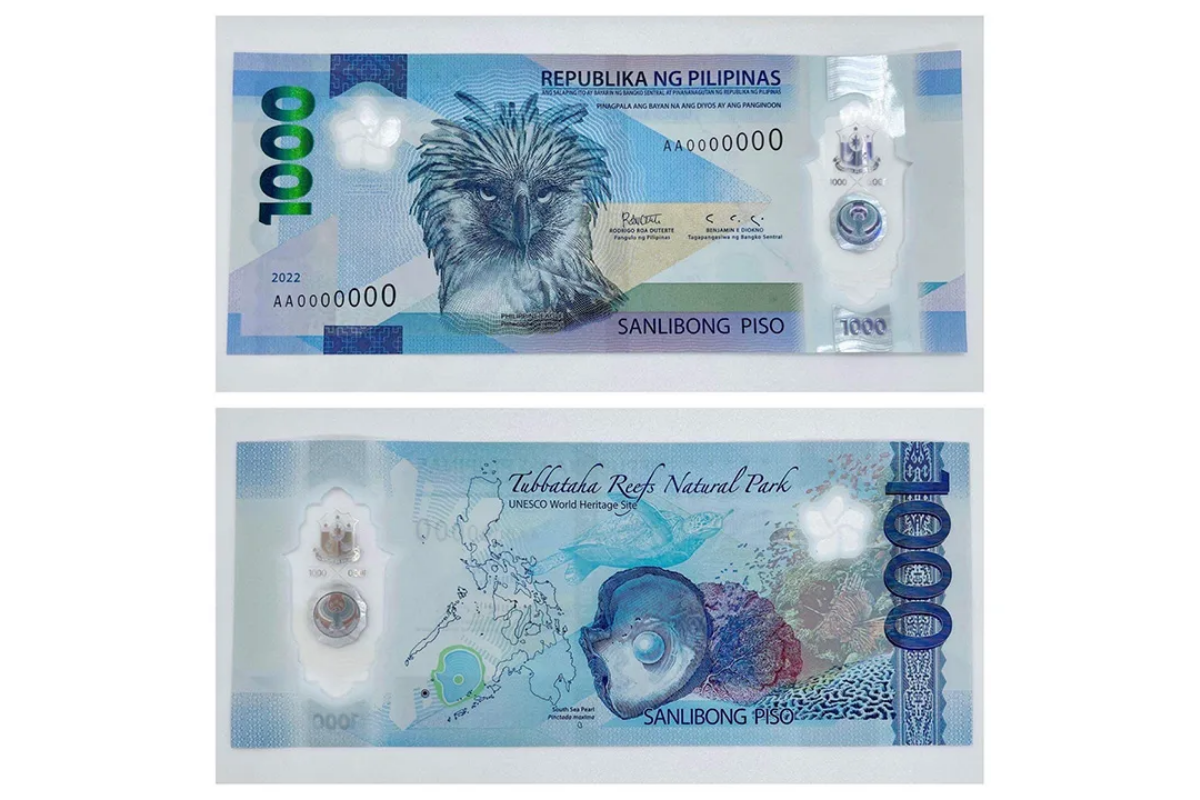 
The Bangko Sentral ng Pilipinas (BSP) announced last Tuesday that 10 million pieces of the new P1,000 polymer banknotes made in Australia have been released to the public.

According to the BSP, the money released is estimated to be equivalent to 0.7% of the combined number of old and new P1,000 bills currently in circulation.

It will be recalled that in December last year, the BSP released a new design of P1,000 polymer banknote featuring the Philippine Eagle, which replaced the image of heroes Vicente Lim, Josefa Llanes Escoda, and Jose Abad Santos.

"BSP Governor Benjamin E. Diokno has repeatedly stated that there will be no demonetization of currently circulating banknotes and coins during his term," the BSP clarified.