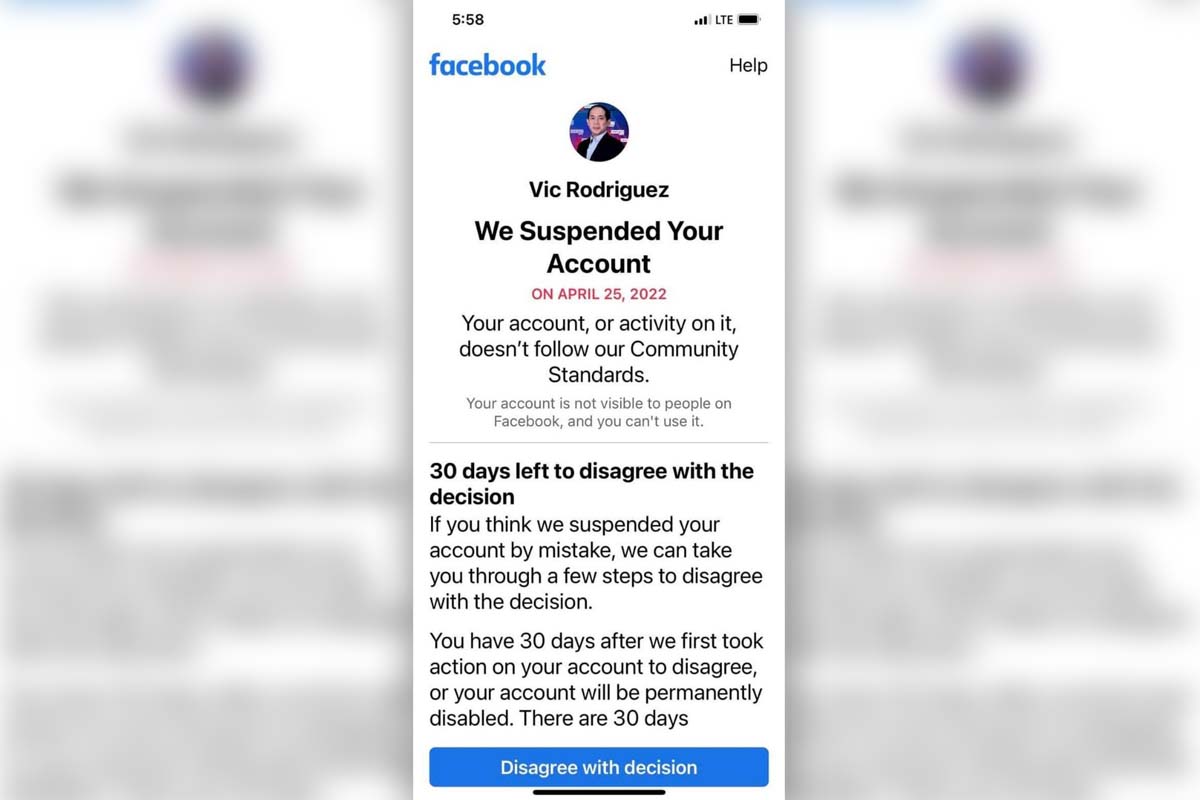 
Atty. Vic Rodriguez, chief of staff and a spokesperson of presidential candidate Bongbong Marcos, on Tuesday said his Facebook page was suspended for 30 days for violating community standards.

The facebook page mainly focuses on updates about former senator Marcos’ campaign for the election 2022.

In an interview with One Balita Pilipinas, the lawyer said that they weren’t able access the Facebook handle, thus they failed to upload updates on the events of Marcos Jr. on Mindanao. He believes that posting Marcos activities is not violating anything.

"My account is suspended only because I am for Bongbong Marcos," he said as this is the sole reason he can think why his Facebook account was suspended.

He also said that the social media site is suppressing the free flow of information concerning the campaign for Marcos, because they don't want him to share information regarding the success of the campaign.