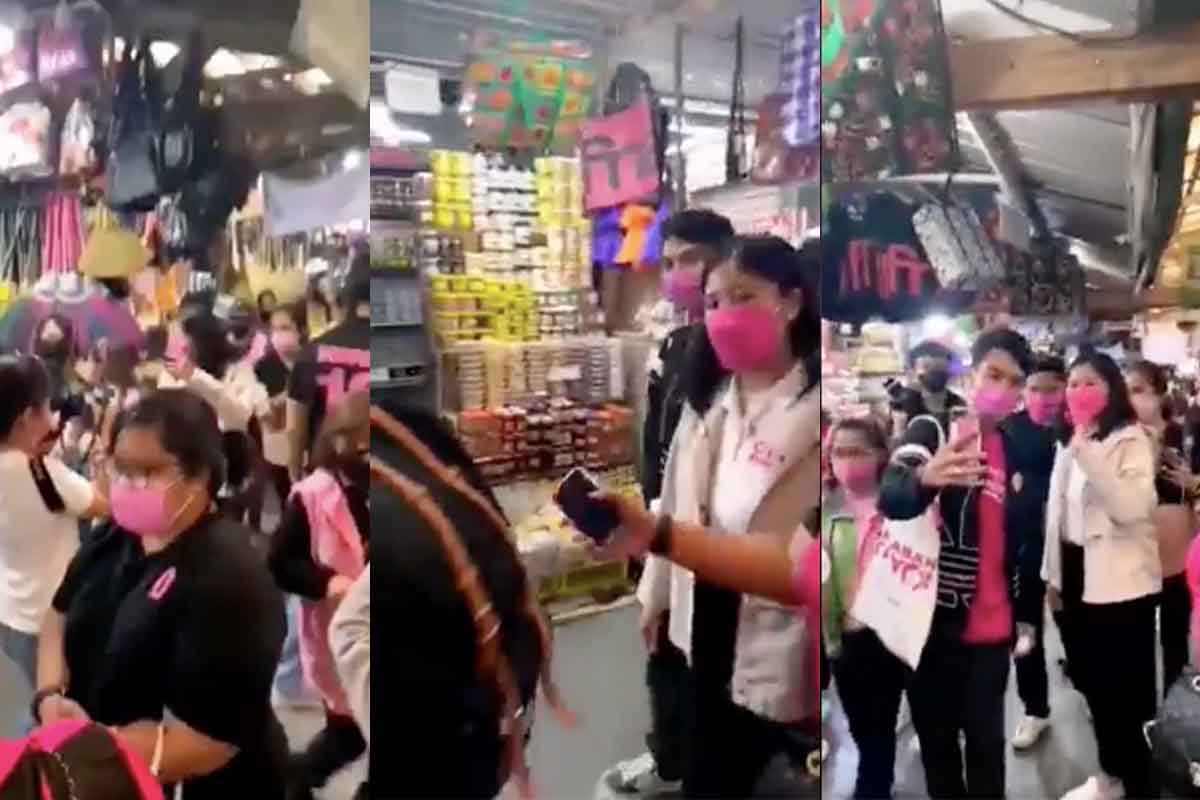 Senatorial aspirant Teddy Baguilat was among the Cordillerans who extended their apology to Jillian Robredo, following the heckler incident at the Baguio City Public Market.

Jillian, the youngest daughter of VP Leni, was with volunteers campaigning for her mom at the public market when an Igorot woman began to outburst.

“Sinasarahan nyo na ‘yong daanan. Public market ito,” the woman rudely shouted as seen in the now-viral video of the incident, taken by one of the volunteers.

The young Robredo, who was at that moment taking a selfie with a passerby, was startled with what the woman did.

The video ended with Robredo ang the volunteers leaving the market.

On Twitter, apart from Baguilat, several Cordillerans apologized for the incident, saying Igorots are not like that.

“Being a cordilleran, an Igorot, I apologize for this incident. This is very uncharacteristic of an Igorot. Igorots are epitome of respect, humility, and righteousness. This is very embarrassing. I hope Miss Jillian is ok,” one netizen wrote.

Another Cordilleran said, “one heckler does not become us.”

Some who were present during the incident also defended Jillian from accusations that she provoked that heckler.

“For those who are saying that ate Jillian provoked the lady who shouted at her and the campaign team, SHE DID NOT po. We have the full video and it's clear that ate Jillian did not do anything to provoke the lady,” a netizen said in a tweet. The thread also has the link to the video.

Another said: “I WAS THERE at walang sinungitan si Jillian. Please, wag maniwala sa fake news. There was no hostility coming from both Jillian, and the Leni-Kiko volunteers. I am an Igorot and I believe that everyone is welcome here.”

Baguio folks are one of the kindest in the Philippines. What did Jillian Robredo and her posse do to earn their ire?

I saw the longer version of the video. I think the igorot vendor got pissed because the team of Jillian was blocking the path and disrupted the normal flow of things in the market.

At least that's how I see it. Jillian's behavior was okay. Baka may kasama silang nagmayabang dun.

I feel bad for Jillian. I saw the longer video and saw nothing wrong with what she was doing. Yes her team stopped because some people asked to take pics with her. I think the shouting was uncalled for. Igorots are kind people.

Stay strong, @jillrobredo. We are with you.

I think Jillian Robredo was expecting to be heckled in the North, since this is a Marcos stronghold. For her to still go there despite this, hold her ground while hostilities were hurled against her, and keep her head up high says a lot about their upbringing. Saludo, Jillian. 🌸

1. Jillian Robredo NEVER disrespected nor provoked anyone here. She never said "Let me educate you."

And we need to understand that at the end of the day, Jillian is still just a child, but this didn’t stop her from campaigning for her mom. How she handled the hostile situation is a testament and reflection of VP Leni’s resiliency and temperament.

As much as possible, settle this thing about Jillian and the Igorot tribe peacefully. Kakampinks, don't say anything bad about the tribe as it does not represent all of them. Sobrang senstitive na topic kapag may nadadamay sa ethnic group.

"For those who are saying that ate Jillian provoked the lady who shouted at her and the campaign team, SHE DID NOT po. We have the full video and it's clear that ate Jillian did not do anything to provoke the lady"#BulacanIsPink #BulacanRepublikaDos https://t.co/L6mBoGXQuf pic.twitter.com/Iw5oSFxjPr