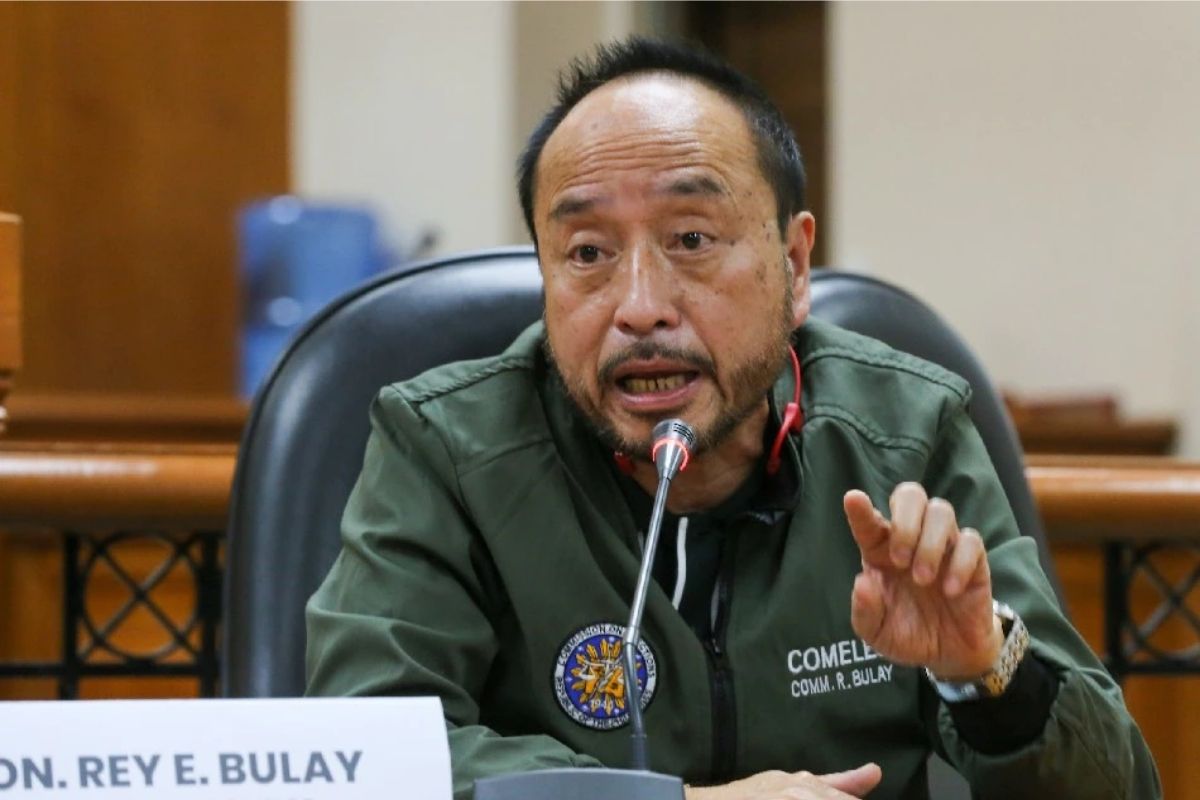 Commissioner Rey Bulay speaks during the Comelec briefing at their headquarters on April 22, 2022. Photo Courtesy of Jonathan Cellona. SAGISAG PH


Commissioner Rey Bulay clarifies his remarks about the poll body's critics being jailed.

An election official in the Philippines defends his controversial threat to have critics of the poll body arrested by the military.

“For example yung statement ng idol ko, if the elections were held today you will win hands down. Against the statement, pag natalo yan dinaya yan, parang magkaiba,” he explained.

He warned people to obey the laws in case they did not know it.

“You will be met by the full force of the law. It is not a threat, it is the truth,” he added.

His statement aroused outrage for allegedly violating the public's right to freedom of expression.

"We cannot afford to do that. So, we hope that Commissioner Bulay and some other Comelec commissioners would refrain from such irresponsible remarks," he added.