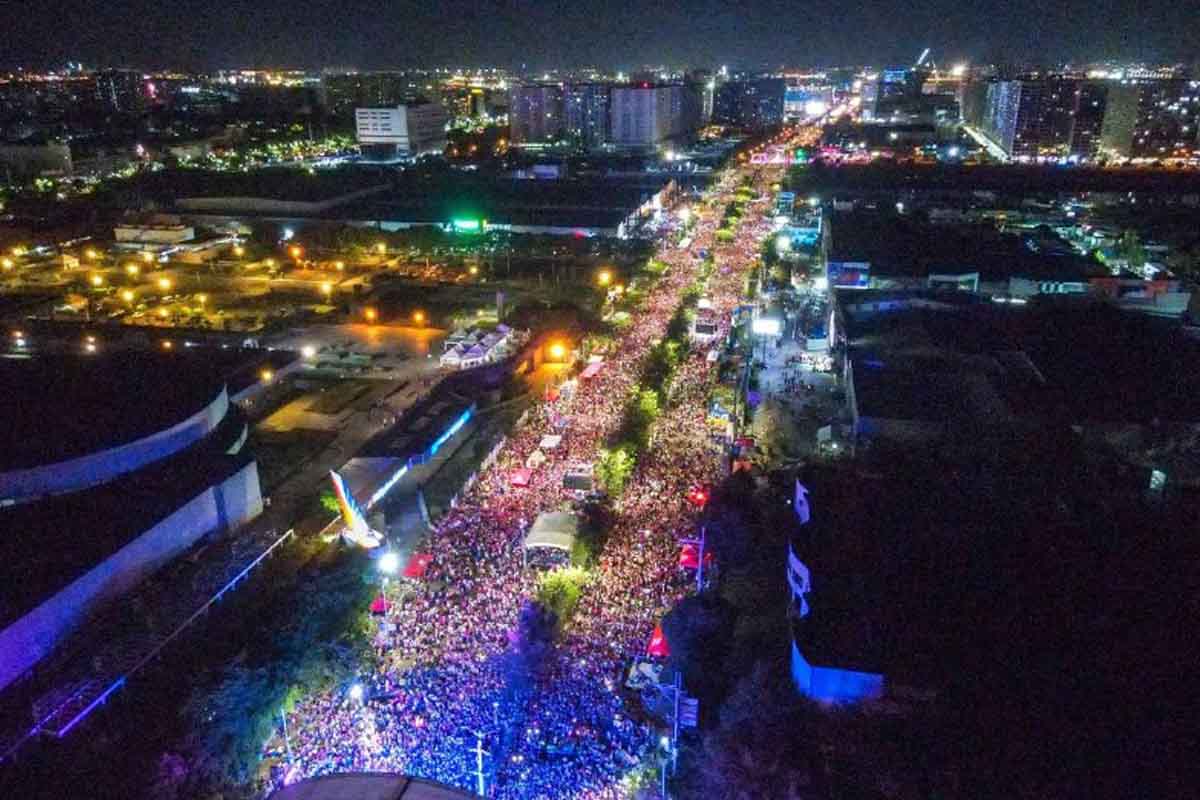 
Two weeks before the national polls, supporters of the Leni-Kiko tandem and the entire TRoPa  flooded Macapagal Boulevard in Pasay City, Saturday.

Event organizers claim that over 412,000 individuals comprise the massive crowd which occupied both lanes of the road from Diokno Blvd. to EDSA.

But the National Capital Region Police Office maintained that only up to 100,000 attended the people’s rally which took place on Vice President Leni Robredo’s birthday.

In a statement, NCRPO Regional Director Major General Felipe Natividad said the numbers did not reach 420,000.

On social media, NCRPO’s estimate stirred doubt toward the office’s interests, with rally attendees and Robredo supporters sharing footage from the event as proof.

Here are some of the tweets:

NCRPO probably failed to consider the folks who decided to stay in nearby vacant spaces, the PNB-PAL Building, and those who went home early due to exhaustion.

I’ll never get tired watching this video. Because this is us. I was there. I was one of those who braved the 12hrs of waiting. Regardless of how many we were in the eyes of NCRPO, i am sure that on that night, we won and we will win again in May 9!👊🏼 #PasayIsPink https://t.co/UgHMgjkp57

Letp this drone shot speak for itself, and to all the people who attended the rally! NCRPO DI MARUNONG MAGBILANG!#LeniKiko2022 #IpanloNa10ParaSaLahat https://t.co/Y0K24Duxk2

These photos are the reason why full damage control ngayon ang NCRPO.

The videos and pictures speak for themselves. Huwag kayong magpagamit sa black propaganda ng kabila, please PNP. And why are you so concern about the number, NCRPO?

Dear NCRPO, self-deception will make your campaigners lax. So go ahead. Believe your own lie.

The videos and photos are for everyone to see. https://t.co/JQexXNFngh