Bataraza, Palawan most wanted arrested on his birthday, surprised with birthday cake by cops 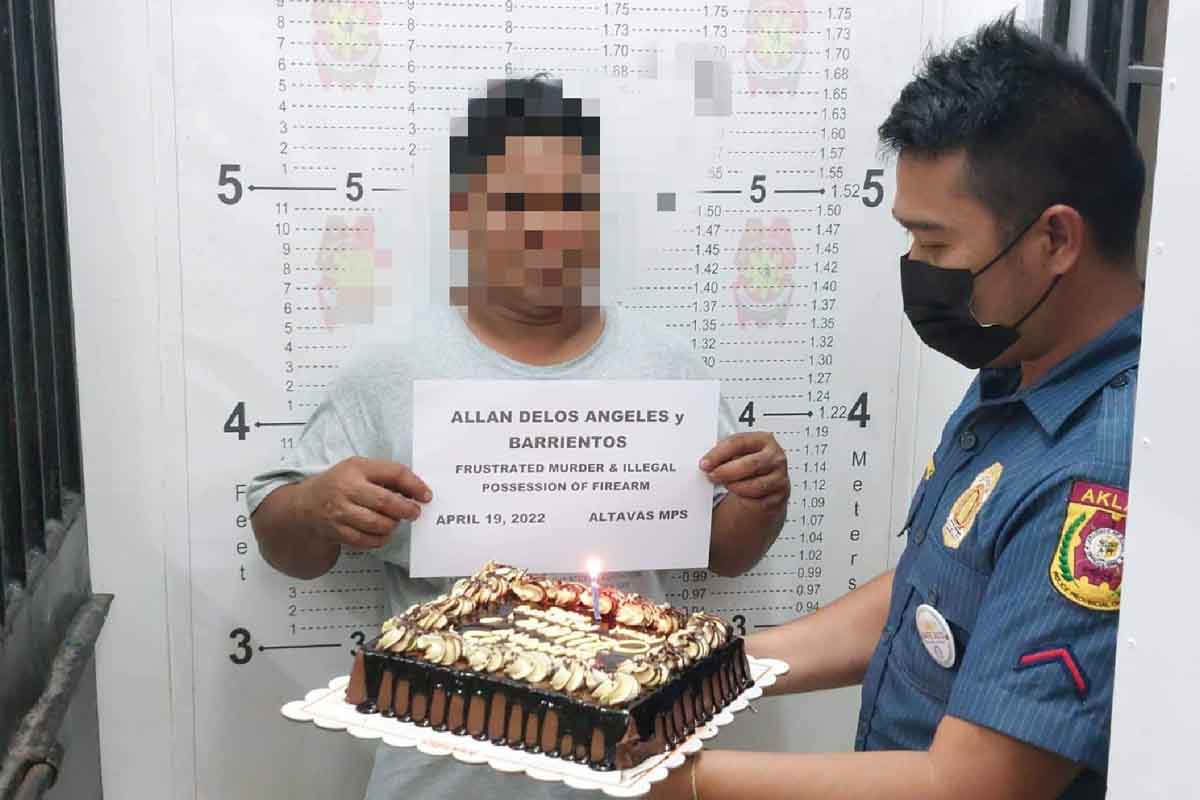 
An epic birthday, it is.

The Altavas Municipal Police Station arrested on Tuesday, April 19 the most wanted person of Bataraza, Puerto Princesa, Palawan. Coincidentally, the suspect was arrested on his birthday.

Identified as Allan Barrientos Delos Angeles, 44, the suspect was arrested for the Crimes of Illegal Possessions of FAs and Frustrated Murder with recommended bail of P60,000 and P200,000 respectively for his temporary liberty.

According to the Altavas police on Facebook, when they discovered that it was the suspect’s birthday at the time of his arrest, he was surprised with a birthday cake courtesy of Altavas PNP.

Delos Angeles is now under custody of Altavas PNP before being turned over to the concerned court.