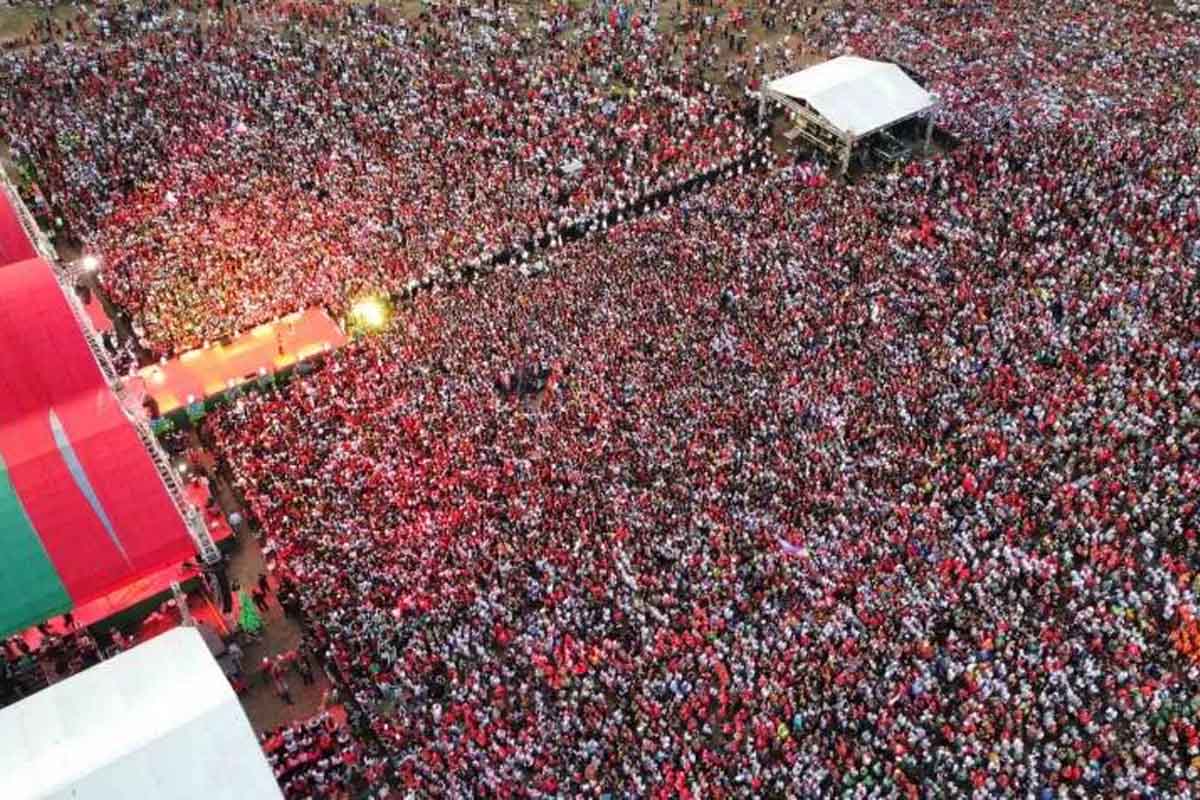 The rally was the first for presidential aspirant Ferdinand “Bongbong” Marcos Jr. and his running mate Davao City Mayor Sara Duterte in the vote-rich province.