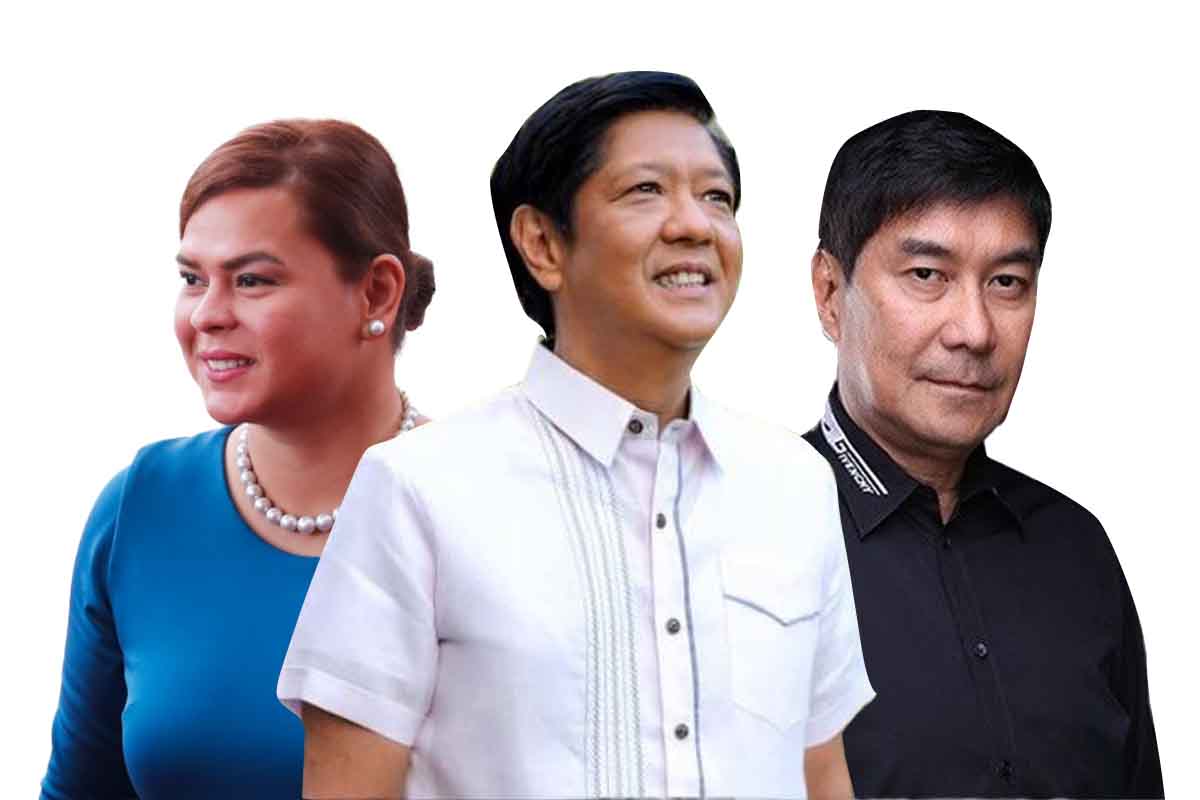 
The Tugon ng Masa national survey was conducted last April 2-6 2022, with 1,200 respondents across the Philippines and a margin of error of 3 percent.

Marcos Jr. in the Tugon ng Masa Survey received 57 percent of the votes, followed by Vice President Leni Robredo with 22 percent preference among respondents across the country.

Both candidates’ scores indicate an increase from their scores in the February version of the survey. Marcos Jr.’s score was higher by 2 percent while Robredo’s was higher with 7 percentage point jump. 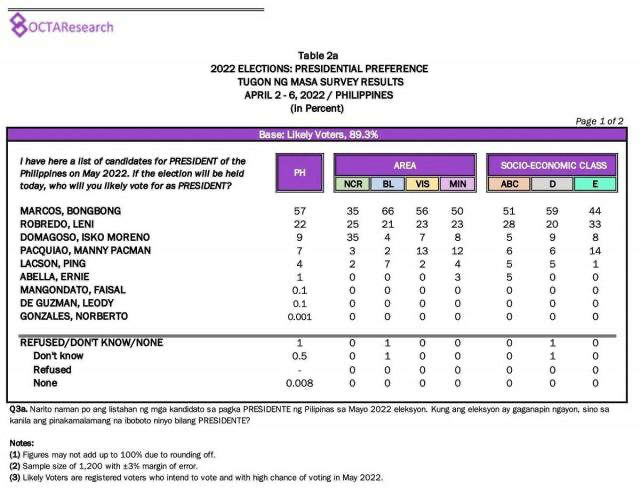 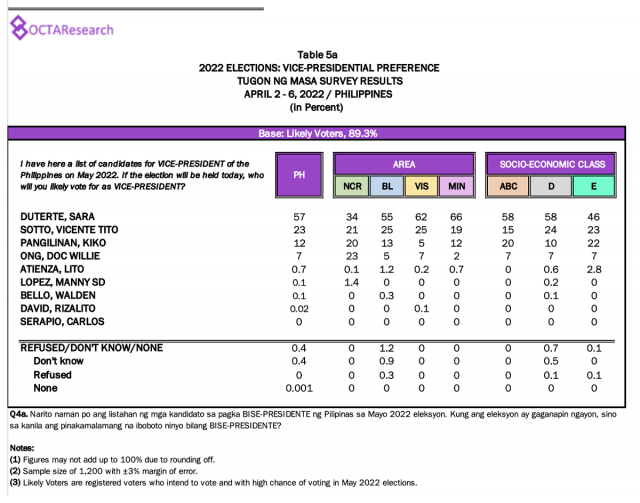 Moreover, broadcaster Raffy Tulfo is still the top senatorial choice among Filipinos with a whopping 68 percent. 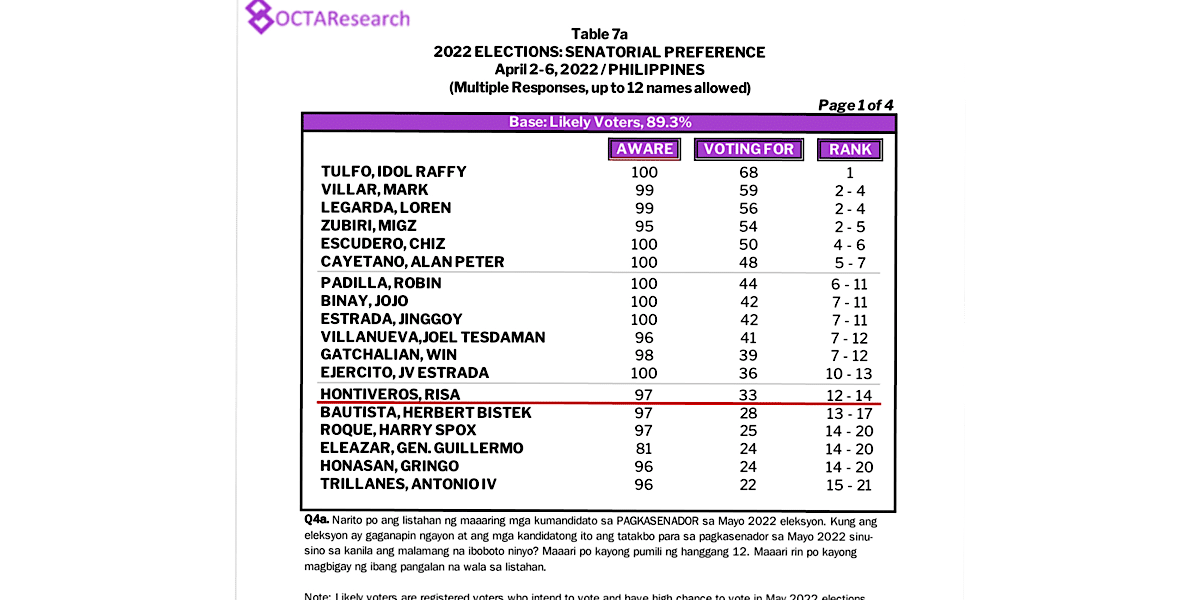 The Tugon ng Masa national survey was conducted last April 2-6 2022, with 1,200 respondents across the Philippines and a margin of error of 3 percent.