Isko to Leni: "Whatever you’re doing is not effective against the Marcoses. Withdraw, come and join us" 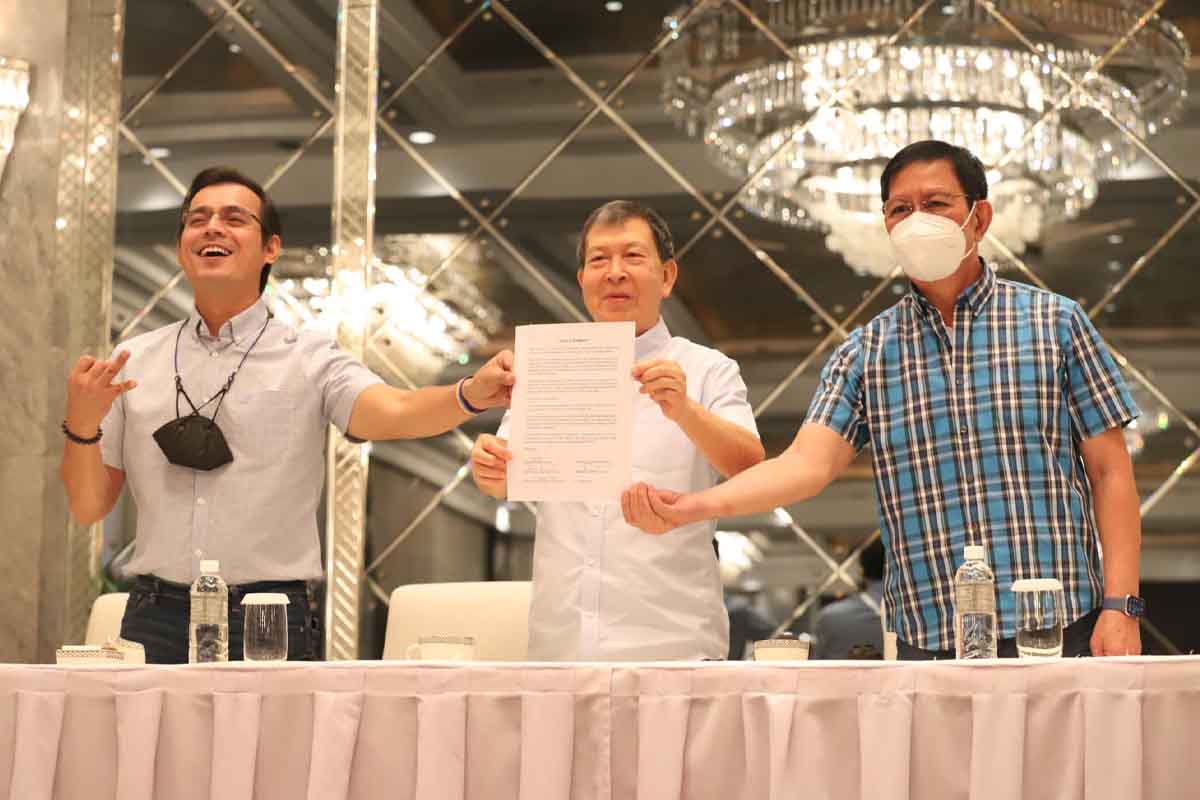 
Here’s what transpired at the press conference of presidential aspirant Manila City Mayor Francisco “Isko Moreno” Domagoso and other candidates on Easter Sunday.

In a nutshell, Domagoso during the press con offered himself as an alternative candidate in the election if Filipinos want “peace of mind.”

The mayor also said Vice President Leni Robredo only ran to prevent the Marcos family from returning to Malacañang. With this, he called on the VP to withdraw her candidacy.

“Kung meron mang supreme sacrifice, 'yung number 2 (in the surveys) should do and start. Let Leni withdraw. Withdraw, Leni, if you love your country,” said Domagoso.

“I’m calling for Leni to withdraw. Whatever you’re doing is not effective against the Marcoses. Withdraw, come and join us. Pwede pa-sub? Pa-sub naman. Baka kami maka-3 points, isa sa amin,” he added.

Sen. Manny Pacquiao, who was reported to join the event, did not show up.

Moreover, the actor-turned-politician emphasized that he and the candidates he was with have something to offer for the country.

He also stressed that none of them would withdraw from the race.

In response to this, Atty. Barry Gutierrez, Robredo’s spokesman, said: “We wish every candidate, who decides to push through to the end, only the best.”