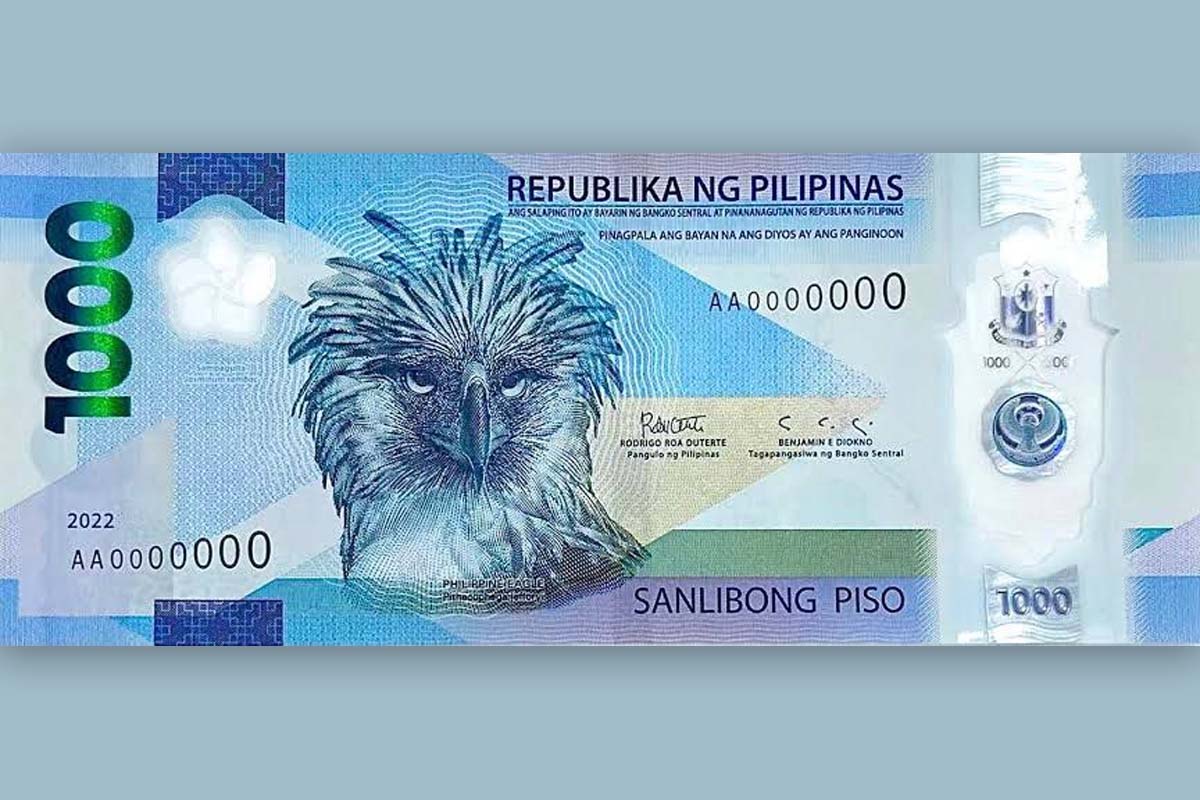 
The Bangko Sentral ng Pilipinas (BSP) revealed a unique design for the one thousand peso bill on Wednesday.

To avoid counterfeiting, these banknotes feature a "complex security feature."

Meanwhile, the first batch of polymer 1000-peso banknotes is scheduled for release this April.

According to BSP Governor Benjamin Diokno, the new design, which now prominently features the Philippine eagle, was created by the BSP and authorized by the National Historical Commission of the Philippines.