VP Leni's Rizal campaign pushes through despite the rain 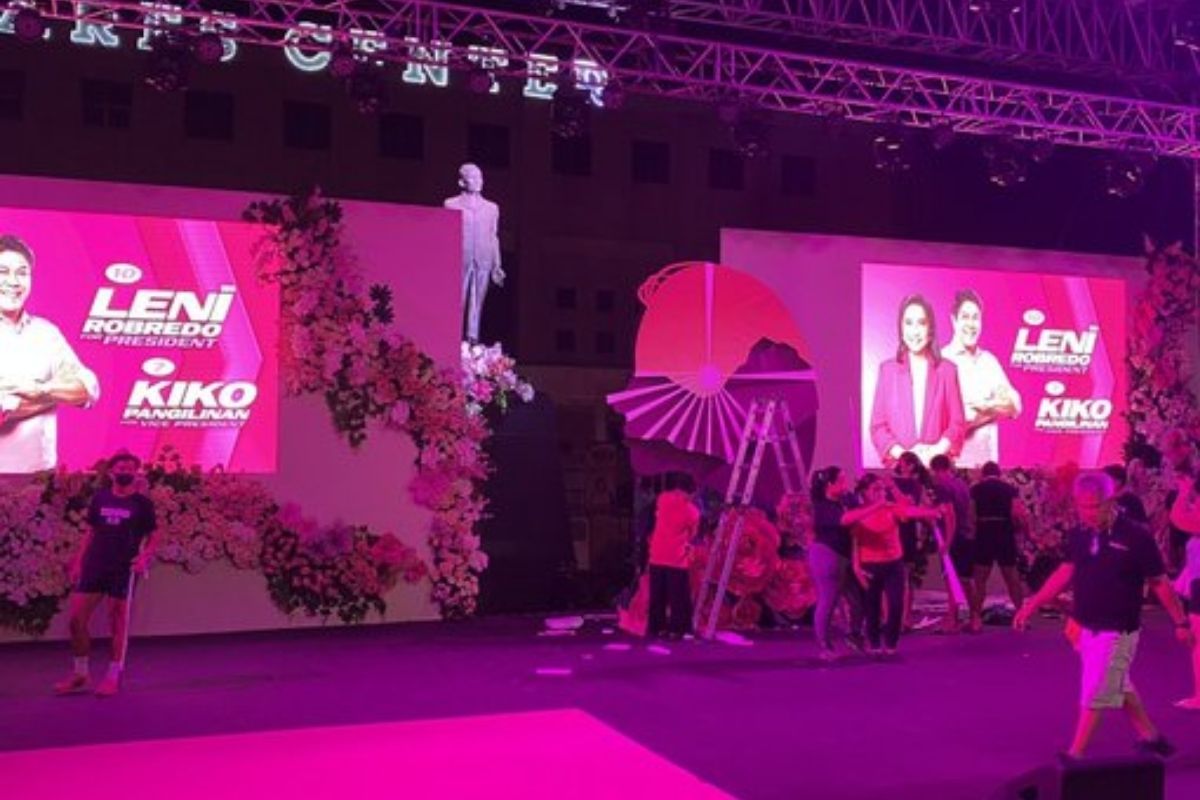 Rain or shine, the campaign rally of presidential bet Vice President Leni Robredo in Rizal will push through today, April 5.

Since early morning on Twitter, supporters of Robredo expressed support to the scheduled sortie, with several hashtags dominating the Philippine trendist. Among these are #RizalIsPink, #LENIwanagAngSilangan, and #TaraNaKayLeni.

“Rain started to pour at around 10:20 AM here at the Rizal Capitol, 40mins later, the rain stopped then the sun showed itself for a while. Umbrellas were put down then people started chanting “Leni!” True to its claim, #LENIwanagAngSilangan!,” one netizen said.

“Praying for a good weather later in #RizalIsPink Grand Rally, Be safe everyone! #LENIwanagAngSilangan #RizaLeni,” a fan page of VP Robredo tweeted. 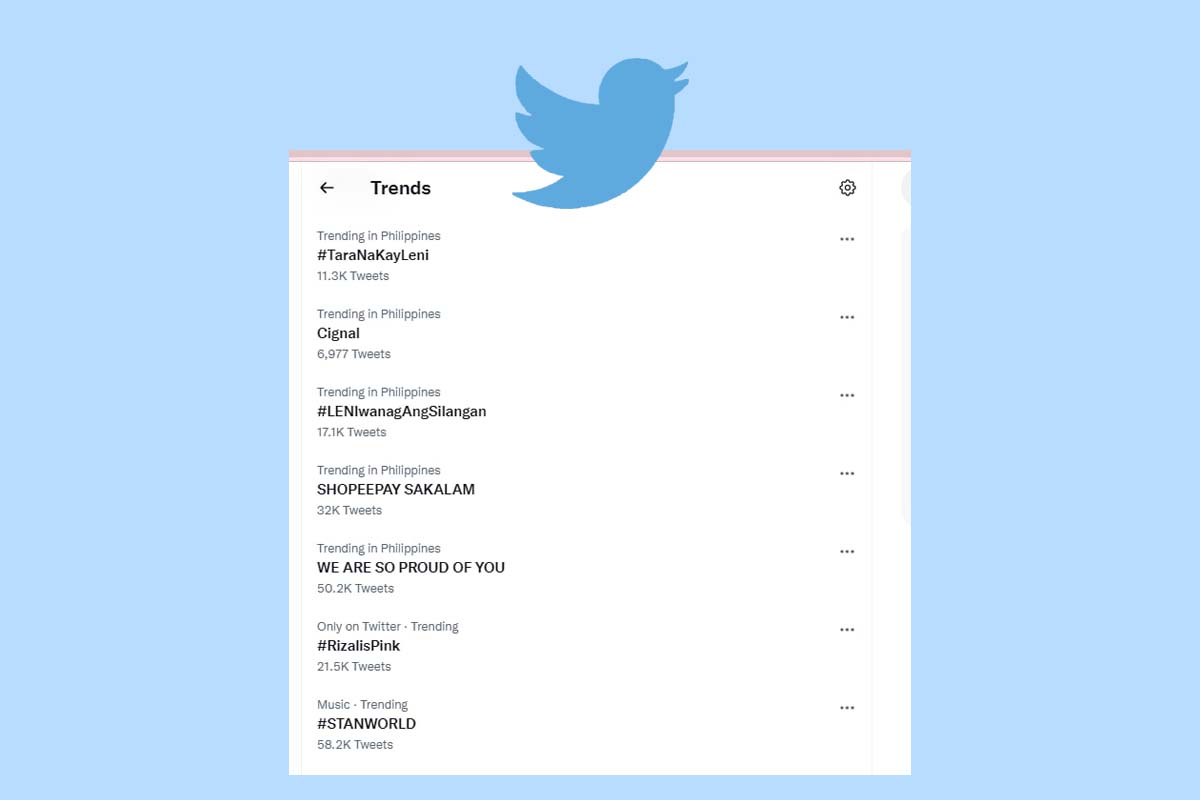 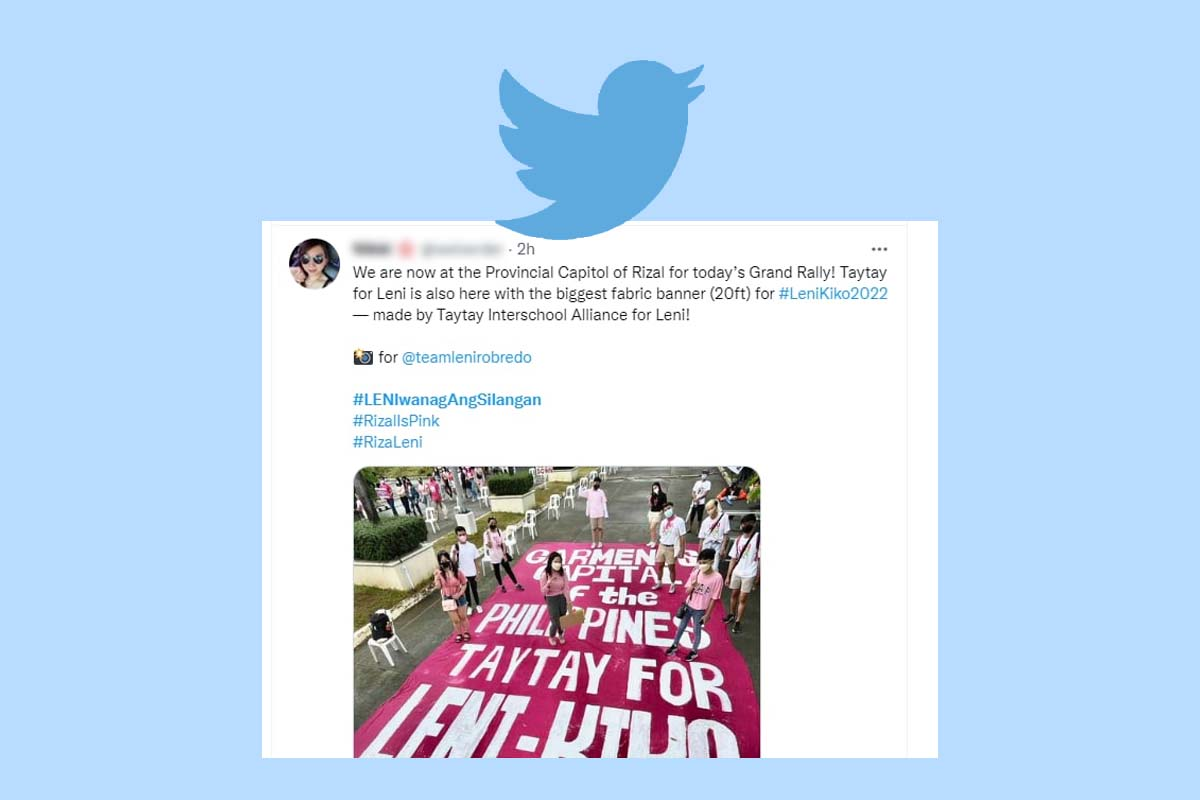 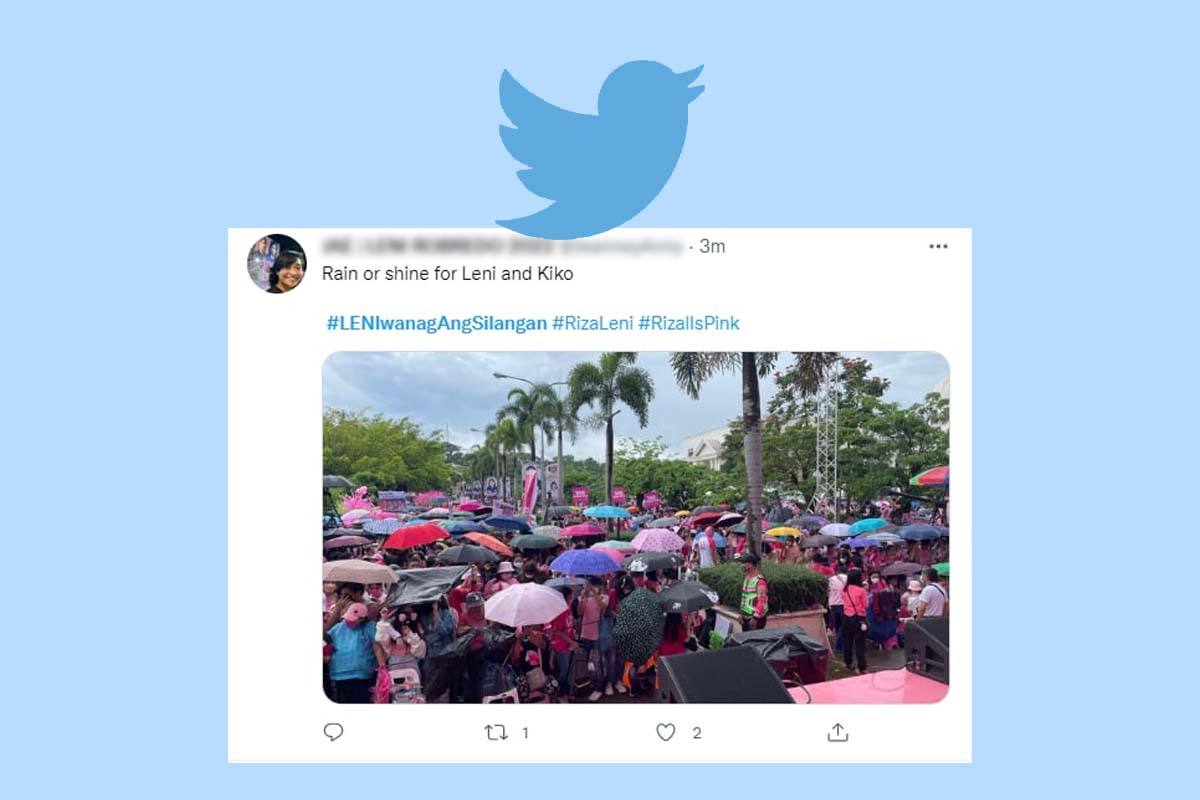 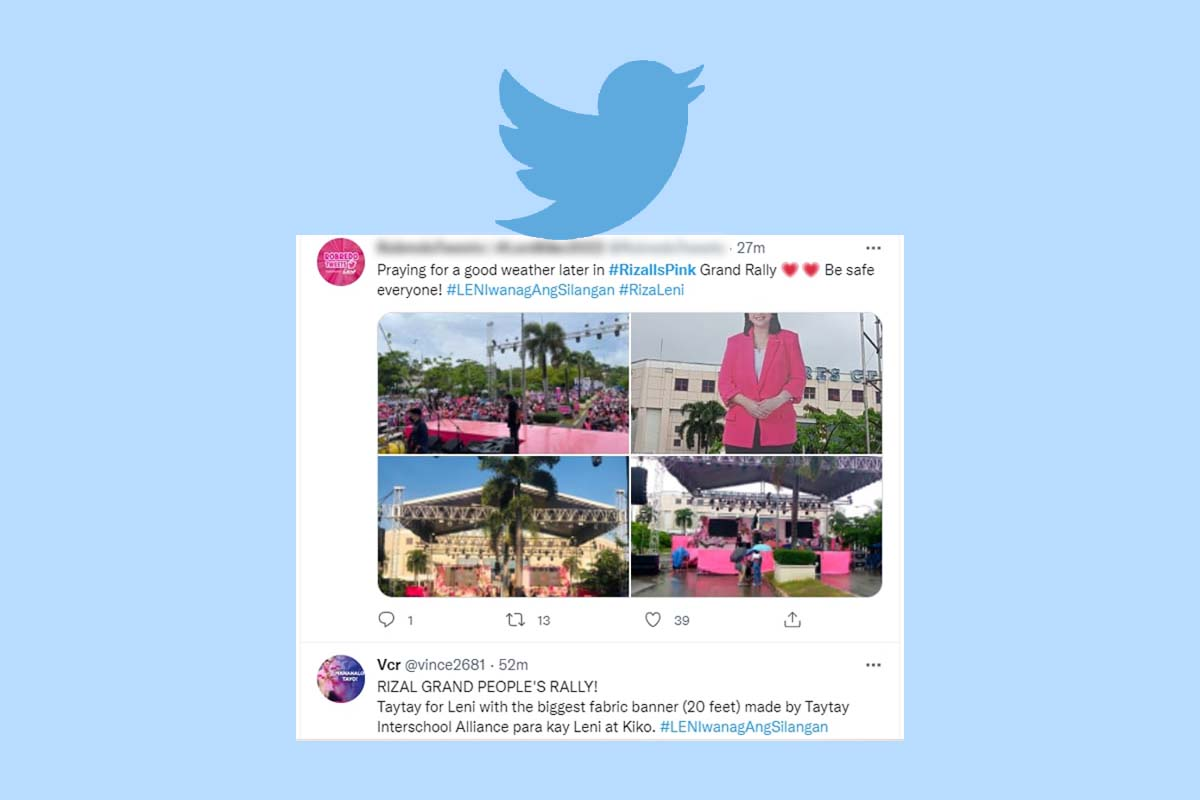 In her previous campaign, the Pasiglaban grand rally, the crowd estimate reached 180,000.